If you can’t pay for basic essentials because you don’t have child support coming in and it takes a year for your case to get resolved, that’s not very helpful.

“If you can’t pay for basic essentials because you don’t have child support coming in and it takes a year for your case to get resolved, that’s not very helpful, and it makes you question why you should go back the next time when the same issue recurs,” Kathawala said.

When a parent has to go to family court, they typically have to take a day off from work, wait hours for their case to be called, get 10 to 15 minutes before a judge who hasn’t reviewed their case prior to it being called, and are scheduled to return to court in three months, Kathawala said.

If parents don’t have an attorney, which oftentimes they don’t because they can’t afford one, their cases are likely to be delayed further, according to Silverman, who launched an attorney volunteer program in 2006 to provide litigants without legal representation in New York City family courts with free legal advice.

During the pandemic, family court cases were further delayed because the courts distinguished between essential and nonessential cases and only heard essential cases that included matters like orders of protection and delinquency proceedings, according to the report.

The whole purpose of the system is being undermined by the lack of resources [and] the lack of access. 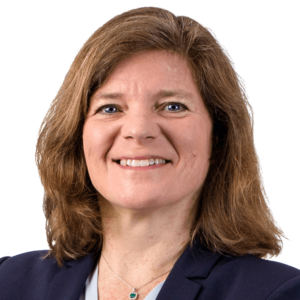 Other cases like child custody and financial support, adoption, guardianship, visitation, and termination of parental rights were deemed nonessential and delayed for months to nearly a year, the report said.

“Even though the vast majority of child support cases were considered to be nonessential, the fact is that in reality there’s nothing more essential than providing food and housing for your family,” Silverman said.

Koeleveld, who was formerly an executive assistant corporation counsel at the New York City Law Department that oversees the city’s family court system, noted that many people who end up in family court are in the midst of an emergency and don’t have a year to wait for help.

“The whole purpose of the system is being undermined by the lack of resources [and] the lack of access, and this is affecting children,” she said.

Work group co-Chair Kathawala said the New York City family court system has the power to enact all the work group’s recommendations, and the changes would not be costly to implement in the courts.

“These are all recommendations that would substantially improve the experience for litigants in the family court and would have a tremendous positive impact in making sure the litigants have better access to a system that actually serves their families,” he said.

The report’s recommendations include building a user-friendly website for the New York City family court system, creating an electronic court filing system, and pulling judges and other resources from trial courts to address family court delays and backlogs.

The lesson, of course, is that we should never let institutions get to the point where they can’t sustain a crisis. 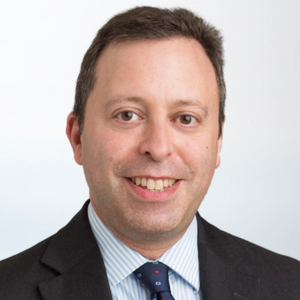 According to Silverman, the attorneys started working on the report at the end of March 2021 and spent a substantial amount of time gathering information and conducting interviews. Kathawala estimated that he spent 15 to 20 hours each week working on the report, putting in nearly 200 hours, before moving the report through the New York City Bar’s approval process.

Silverman said the most challenging part of the project was ensuring that the report’s timeline of events accurately reflected what happened in real life.

“Because a lot of the report is based on people’s observations, you have to stick with enough people so that you are secure in the conclusions that you’re drawing,” he said.

Silverman said he went into the project thinking the report would be a story about the pandemic and came out realizing that the narrative was really about the government’s years of neglect of the family court system.

“The lesson, of course, is that we should never let institutions get to the point where they can’t sustain a crisis, where they can’t meet the needs of vulnerable people who have legal issues,” he said.

Have a story idea for Access to Justice? Reach us at [email protected]

Why can’t the U.S. prosecute someone for torture?

Sun Feb 27 , 2022
In recent years, the city of Chicago has officially apologized for this pattern of abuse, acknowledging that it was torture, and compensated dozens of survivors for their treatment. But the United States lacks criminal laws that can be used to effectively prosecute torture. And that means that while Chicago has […]