Woman falls to her death from Florida bridge

When the drawbridge began rising with the bicyclist still on it, police said the woman tried to hold on. A bystander then tried to rescue her but lost his grip, and the woman fell five to six stories below where she died landing on the concrete.

WEST PALM BEACH, Fla. – An attorney for the family of the 79-year-old woman who fell to her death from a Florida drawbridge last week held a press conference Monday, saying the bridge tender was negligent when raising the bridge while the victim was still on it.

WPTV reports that South Florida attorney Lance Ivey did not announce a lawsuit, but said his law firm is looking into the matter.

Though law enforcement did not identify the victim due to Marsy’s Law, Ivey identified her as 79-year-old Carol Wright.

According to Ivey, Wright had taken her bicycle for a ride to a book shop in Palm Beach and was returning home when she began crossing the bridge on Sunday, Feb. 6.

“She legally and lawfully gets on the bridge. And without any expectation, unbeknownst to her, the bridge tender pushes the button that would ultimately turn out to be a slow, mental, and physical death sentence for Carol,” Ivey said.

PREVIOUS: Police identify victim who fell to her death from Florida drawbridge as 79-year-old woman

He said that as the drawbridge began to rise, Wright desperately grabbed onto a railing.

“There was a bystander nearby who tried to help her, but tragically she fell five or six stories below where she died landing on concrete,” West Palm Beach police spokesman Mike Jachles had told news outlets last week.

Police said a man on a skateboard desperately tried to rescue her and help her hang onto the bridge.

“Despite those efforts, the woman was not able to hold on and she fell to the concrete landing below to her death,” Jachles said. “From where the victim was to where she landed was approximately five to six stories or 50 to 60 feet.”

WPTV reports that in Monday’s press conference, Ivey claimed the bridge tender was “not paying attention” and failed to follow multiple safety protocols before raising the drawbridge.

PREVIOUS: Woman falls to her death from rising Florida drawbridge

According to Ivey, the tender neglected to check several cameras and mirrors, and did not go out onto the balcony of the bridge tower to check for pedestrians. He claimed that protocol stated the tender was supposed to perform at least three balcony checks before raising the drawbridge.

“The failure to monitor the surveillance cameras, not look at the mirrors, and not come out of the bridge tender house — which is apparent — three times to do a visual to see who was there to be seen, including Carol, to me that would fall under anyone’s definition of negligence,” Ivey said. 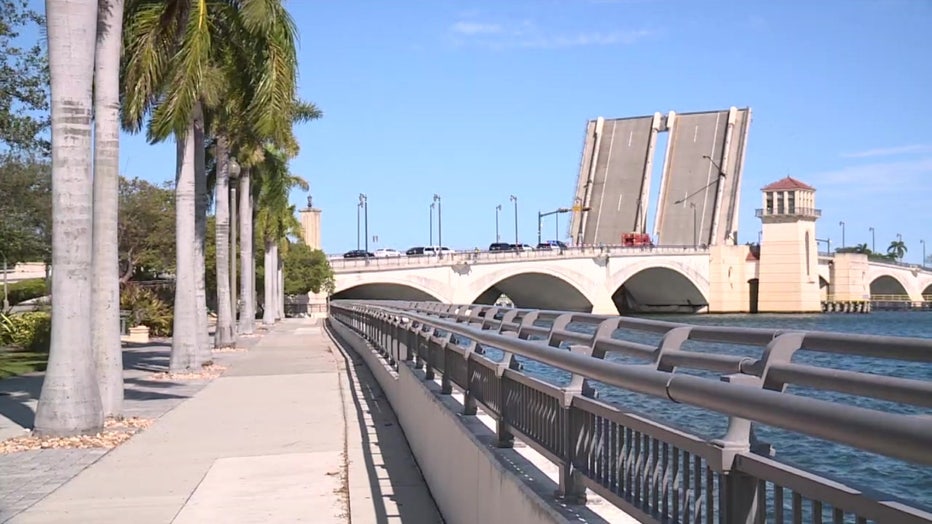 According to WPTV, Ivey said the bridge tender could have also prevented Wright’s death by pushing an emergency stop button, which would have kept the bridge from rising further.

West Palm Beach police had previously said the bridge tender’s actions would be a focus of their investigation.

Police had said they were planning to review surveillance video from the bridge as part of their investigation.

The Florida Department of Transportation maintains the bridge, but the bridge tenders are staffed by a private state contractor.

It’s not known if the bridge tender has returned to work.