OKLAHOMA CITY (Free Press) — If you’ve ever watched a detective movie or a police procedural series, you’ve heard the word “homicide” tossed around maybe more than any other. With every hero cop from the “homicide unit” running out to find the suspects and bring them to justice, you might be under the impression that homicide is just a fancier legal term for murder.

The reality is actually much more complex.

Like all legal definitions, the terminology used in police reporting and court filings is very carefully chosen to be as singular and focused as possible to accommodate the nuances and intricacies of each case.

Terms like “homicide,” “murder,” “manslaughter,” and many others all have narrow definitions intended to denote highly specific elements such as intent, mental state, preparation, and awareness, and the differences among them all can quickly become confusing to the uninitiated.

OKC handles these charges and definitions no differently from the rest of the state of Oklahoma, and OKCPD are actually not the final authority on how a homicide charge is filed, as explained to us by OKCPD’s Captain Valerie Littlejohn.

“We follow the Oklahoma State Statutes and their definitions,” she said. “The decision for a charge to be filed is ultimately made by the District Attorney.”

As we head into the summer months (when, unfortunately, violent crime statistics usually begin to climb,) and as Free Press prepares to dive more deeply and consistently into the continuing fallout and the legal proceedings following the city’s homicides cases, we wanted to offer a straightforward primer on the many important terms and distinctions surrounding homicide and the different approaches taken to each.

“Homicide” in its most general definition can be:

Law enforcement and prosecutors define “criminal homicide” in a much more detailed way.

The FBI’s official designation within the Uniform Crime Reporting Program ranks “criminal homicide” as the highest and most egregious criminal offense, with “murder” being the most severe classification.

But not every criminal homicide is counted as murder.

Criminal homicide is defined legally to include both murder and non-negligent manslaughter, and is specified by the FBI as “the willful killing of one human being by another.”

If law enforcement determines a death to be a criminal homicide, the charge will be further refined by the District Attorney before official filings are made.

The most severe homicide charge that can be filed in court against an individual, murder is defined as the intentional killing of one person by another.

If evidence shows that a suspect has directly and intentionally killed someone, and is determined to have been in full control of their faculties, in reasonable mental health, and fully aware of their surroundings and circumstances, then the District Attorney may file a charge of murder.

Oklahoma keeps predominantly in line with the rest of the country’s designations for murder, but, as Oklahoman attorney Kevin Adams points out on his website, there is at least one small but important distinction.

The state of Oklahoma defines “murder in the first degree” as a murder carried out with “malice aforethought,” rather than the term “premeditated” used by many other states. This is presumably to reduce confusion regarding the length of time that would qualify an intention as being premeditated.

A conviction for “murder in the first degree” carries Oklahoma’s strongest penalties, including life in prison, life without parole, or death.

If evidence in a homicide case doesn’t point to outright, intentional murder, then a manslaughter charge may likely be sought instead.

One of the most misunderstood and difficult-to-define homicide designations, manslaughter covers any homicide caused by the direct action of another person, but without the clear intention to cause death.

The most commonly understood form of manslaughter is the “crime of passion” homicide, wherein a person is determined to have lost control of their emotions and faculties after being sufficiently provoked in some way. Though that scenario will still carry a homicide charge, the penalty is likely to be much lower, and will rarely ever garner a death penalty.

Manslaughter can also result from “criminal negligence,” or the willful and intentional disregard of others’ safety. This can stem from openly ignoring health and safety regulations, or even from distraction or carelessness while driving, resulting in the often heard “vehicular manslaughter.”

However, there is also a lesser-known charge of “involuntary homicide” that falls under the manslaughter charge. This includes any death that occurs resulting from a crime or attempted crime. If, for example, a suspect leads the police in a dangerous, high-speed pursuit and inadvertently causes a wreck that kills other drivers or passengers, the suspect can be charged with involuntary homicide.

Though it’s easy to see homicide as a purely unlawful and illegal act, there are actually legal provisions made for “non-criminal homicide.”

Homicide committed in self-defense, while protecting oneself or someone else from a reasonable threat, can still be determined to be homicide, and be investigated as such. But, if the decision is made, whether by law enforcement or grand jury, that the death occurred in response to a reasonable threat or fear for one’s life, criminal charges will not be sought.

Likewise, any time that a police officer or law enforcement official kills a suspected criminal in response to suspected criminal activity, that death will be deemed a homicide and will be investigated as such. If that homicide is determined to have been a reasonable response to the crime being committed or the threat posed to the officer, then no criminal charges will be sought.

Unsurprisingly, these scenarios, and the often high-profile cases in which the potential criminality of a homicide is called into question, have been among the most controversial homicide cases, particularly when that determination is made in private by a grand jury.

When you hear the word “homicide,” remember that it might not be implying criminality, malice, or intention, just that a life has been lost, and that another person is responsible.

Also, remember that a prosecuting attorney will usually seek the charge that is best guaranteed by the clear evidence available. If the prosecution is seeking conviction on a lesser homicide charge, that doesn’t necessarily mean that they don’t believe a higher charge of murder or voluntary manslaughter might be true, only that, with the evidence available, that lesser charge will have a better chance of resulting in conviction.

It is likely that any homicide case will result in heightened tensions, emotions, and difficult questions, but remember that at least the terminologies used, and the definitions behind these words and charges, are designed to be narrow and specific, and understanding them can help you to better understand and follow these cases going forward.

Mon Jun 13 , 2022
Related: As seen in video released by police, Schurr pulled over Lyoya about 8 a.m. in a residential neighborhood on the city’s southeast side. Lyoya fled on foot after a brief encounter with Schurr outside Lyoya’s car, but Schurr chased and tackled him a few feet from the car. The pair […] 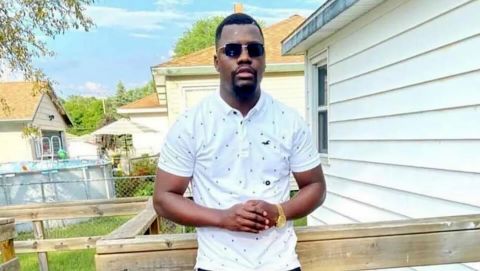