The conflict in Ukraine has bought war to the borders of Europe for the first time since the Second World War, causing 14 million people to flee, according to UN Human Rights Commission data.

Law firms and their staff have been providing financial aid, legal advice and logistical support to those fleeing the violence. In Germany alone, over 700,000 refugees have already registered in Germany, according to a Welt am Sonntag report last month.

Britta Grauke, co-managing partner at Weil, Gotshal & Manges in Germany, is one such person directly aiding Ukrainian refugees by opening her home to victims of Russia’s invasion.

Since the start of Russia’s war in Ukraine, Grauke said her family has provided shelter to nine Ukrainian refugees, including women and children.

At first, her family welcomed a family of three for three days. The family, coming from the heavily attacked city of Kharkiv, had traveled for seven days to reach the partner’s hometown.

“Bringing their stories—and the horror of the war—into my home has been enormously moving for my family and me,” Grauke said.

Grauke said the situation was a confronting and intense one for her and her family. The developments have brought a personal dimension to a war that was already close to home. The son of the family who had suddenly found himself far from home was the same age as her own son.

Soon after, Grauke received an emergency call seeking housing for two more families of three, making room for them in her weekend home in the forest.

The two families, consisting of two women and a child each (a total of six), arrived from Ukraine at midnight and spent five weeks in the weekend home. 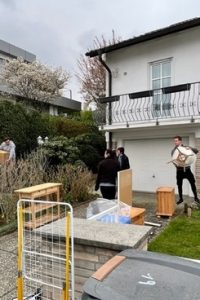 The first family of three has since been able to move on to connect with family members in Germany. Grauke has since secured two apartments in her hometown of Wiesbaden, close to Frankfurt, for the remaining two.

In a one-day team effort, members of Weil’s Frankfurt litigation and restructuring team made two vacant apartments move-in ready, with members of Weil collecting furniture, electronics and home decor items, as well as donating money so the refugees would have money to spend on essentials and personal items.

Thanks to the support, the family is now able to start the long process of adapting to a new life—with the two smaller children having entered a nearby primary school and the women enrolling in German courses organized by Grauke’s friends. 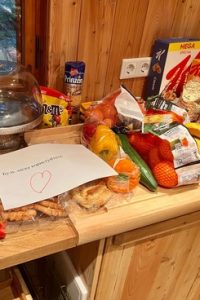 Grauke said that she continues to care for the families and is assisting them in everyday life in Germany together – such as celebrating Ukrainian Easter together. 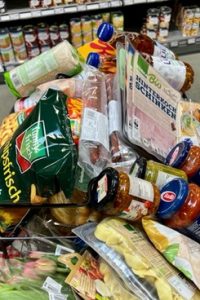 “We didn’t realize how intense and touching it would be to help these refugees in their hour of need,” Grauke told Law.com. “Bringing their stories and the horror of the war into my home has been enormously moving for my family and me.

“This was particularly true for my daughter and son, who made every effort to comfort these children who have been through so much,” she said.

“I would happily do this again if there is a need.”