The actions represent one of the biggest overhauls of New York’s gun laws since the landmark SAFE Act of 2013 enacted some of the strictest laws regulating firearms of any state in the nation.

New York lawmakers voted for the changes less than a month after a pair of mass shootings involving 18-year-old gunmen who used semi-automatic rifles.

The first shooting killed 10 Black people in what law enforcement authorities called a racist attack in a Buffalo grocery store on May 14. Ten days later, a Texas school shooting took the lives of 19 children and two teachers.

Here’s a brief look at the impact of the new laws:

New York will require all buyers of semi-automatic rifles to obtain a state license. Until now, permits or licenses were required only for handguns.

Previously, the Safe Act banned the sale of some modified AR-15-style rifles that have features that are illegal in the state, such as protruding pistol grips.

By requiring a license for new purchases of semi-automatic rifles, New York lawmakers effectively raised the minimum age for buyers from 18 to 21.

That’s because existing state law requires New Yorkers to be 21 or older to obtain a firearm license.

The new law makes it illegal to buy and sell body armor and vests in New York to anyone who is not in an eligible profession. Most civilian sales will be banned. And the law requires that all sales of body vests be completed in person.

The eligible professions include law enforcement officers and those designated by the New York Department of State.

In the case of the Buffalo shooting, the alleged gunman wore body armor that protected him when he was shot by a store security guard, authorities said. The gunman shot and killed the security guard, a retired Buffalo police officer.

Under this provision, New York’s red flag laws will be expanded. Health care practitioners who examined an individual within the last six months will be allowed to file a petition for an extreme risk protection order. The order would temporarily restrict a person’s access to guns.

Those health providers who can file the petitions include therapists and social workers.

The law also requires police and district attorneys to seek an order if there is “credible information” that a person poses a threat to cause serious harm to themselves or others.

In both the Buffalo and Uvalde shootings, officials said the gunmen had made threatening statements in high school.

Under this law, New York would make it a crime to sell new semi-automatic pistols without microstamping, a process that marks bullets and cartridge cases with a unique fingerprint each time the weapon is fired.

Microstamping allows police to link bullets and casings recovered at crime scenes to a specific gun or other crimes.

Before the state enforces the law, the Division of Criminal Justice Services will have to determine if microstamping is a viable technology.

New York tightened its ban on high-capacity magazines that hold more than 10 rounds of ammunition by closing two loopholes.

New Yorkers previously could legally own the large-capacity magazines if they were purchased before the SAFE Act was enacted in 2013 or manufactured prior to 1994. Those exceptions will no longer be permitted.

The law establishes two new misdemeanor crimes in New York for those who make a threat of mass harm.

The law makes it a crime to make a threat with the intent to intimidate a group of people or cause public alarm.

Among the crimes punishable under the law would be any threat that causes a school, business or other place of assembly to be locked down or evacuated.

Expands the definition of a firearm

The new law expands the definition of a firearm to include guns specifically designed to elude existing laws that regulate their possession.

Lawmakers said the law is intended to capture firearms that have been modified to be shot from an arm brace, which evades existing definitions of firearms and rifles under New York’s penal laws.

Gun dealers will now be required to ban individuals under age 18 from entering certain locations within a store unless they are accompanied by a parent.

All employees will be required to complete training on how to handle transfers of firearms, rifles and shotguns, including how to identify and respond to illegal purchases.

Under the law, New York State Police will be required to conduct inspections of gun dealers every three years.

The law requires law enforcement to expand the information it shares with state and federal gun databases.

Law enforcement agencies will have to report any seized or recovered gun to a criminal gun clearinghouse, and enter the make, model, caliber and serial number of the gun into a national crime information center’s database.

Social media networks in New York will now be required to provide a clear and concise policy that explains how they would respond to incidents of hateful conduct on their platform.

The social media sites will have to give users an easily accessible method to report hateful conduct.

Sun Jun 12 , 2022
It’s a familiar scene: You’re driving on a California freeway at rush hour. As you crawl through traffic, you notice your lane is ending. It could be road construction forcing the lane closure, or maybe it’s just one of L.A.’s jarring freeway entrances or interchanges. And you’re always left with […] 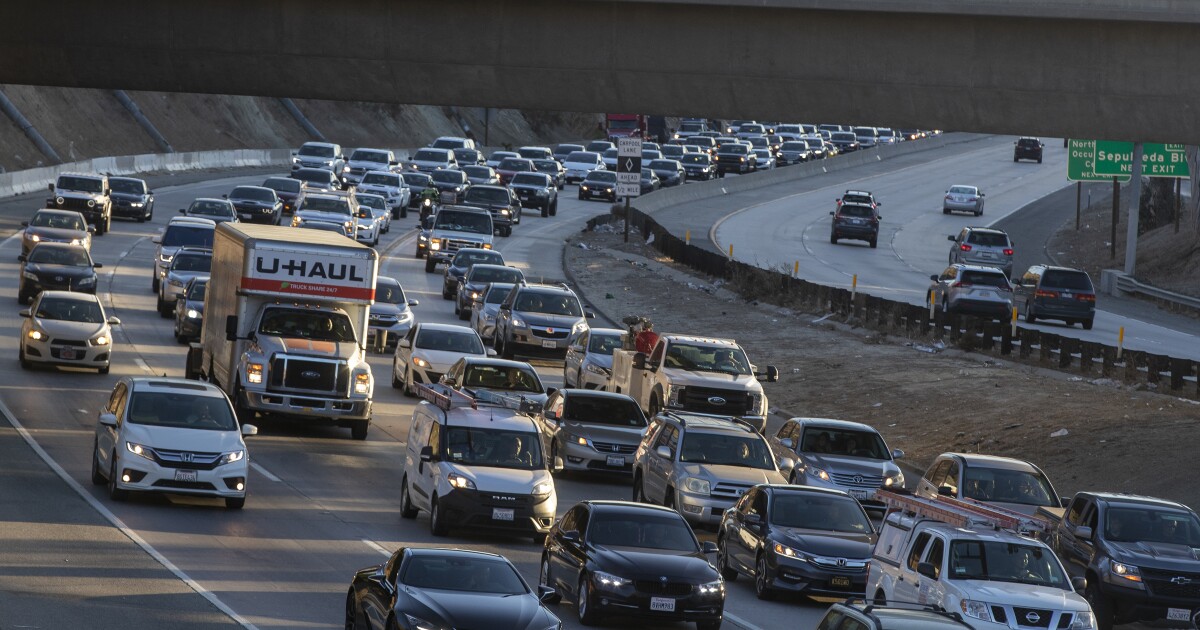