Arkansas’ current lieutenant governor will square off against a former department director under Gov. Asa Hutchinson in the Republican primary race for attorney general.

Griffin, 53, has served as lieutenant governor since 2015 and was the state’s 2nd District congressman from 2011-15. Among other things, he is a former aide to President George W. Bush and a former interim U.S. attorney.

If elected, Griffin said he would protect consumers from scammers, fraudsters and con artists. He said he also would crack down on cybercrimes, as well as Medicaid and disability fraud.

“An attorney general must push back against overreach from the federal government, especially the policies coming out of the Biden administration,” Griffin said. “I will also be a leader willing to speak out on issues of importance to our state, especially as they relate to our criminal justice system and keeping our communities safe from violent criminals.”

Jones, 50, describes himself as a principled conservative who respects the rule of law and would work to make sure laws are clear and applied equitably to everyone.

“I am a public servant at heart,” he said.

“We’ve got limited resources, and I want to make sure we are solving the taxpayers’ problems efficiently.”

ROLE OF THE AG

Griffin said the role of the attorney general is broad and touches on a number of different areas.

“One major area is to be the state’s top lawyer,” he said. “Arkansas’ attorney general’s office is the largest law firm in the state, and I want to ensure we always hold ourselves to the highest standard of excellence.”

Griffin said the attorney general must be a check against federal overreach.

“That’s how we help maintain the balance of federalism that our Founding Fathers intended,” he said. “When politicians in Washington — from both parties, but more often from the left — overstep their constitutional boundaries, it is the duty of the attorney general to push back in court.”

Griffin said decisions and policies made at the federal level impact Arkansans, and that he won’t sit by idly while it happens.

“I plan to have a deputy attorney general for federal affairs who will work closely with me on these types of issues,” he said.

Jones said he believes the role of the attorney general is to protect citizens and defend laws passed by the General Assembly.

“That protection comes in many forms, and one form is to push back on federal overreach, which my office will do,” he said. “This is not a legislative role, and I will not turn it into one.”

Jones said the defined role of the position is to represent the state in lawsuits, initiate lawsuits when necessary to protect the citizens of Arkansas, write opinions, handle criminal appeals, provide consumer protection against bad actors and investigate Medicare and Medicaid fraud.

“There are other responsibilities, but these are some of the major ones,” he said.

Jones said he plans to work closely with legislators if elected.

“I want to work with them on a daily basis so they can understand what will be constitutional challenged or not,” he said. “I don’t have a legislative policy agenda. We need to stop spending the people’s money so recklessly by trying to pass laws that will be challenged.

“I will work with legislators and the General Assembly, but I am not bringing a legislative packet.”

Jones said he doesn’t plan to interject himself into matters that happen in the General Assembly.

“The attorney general doesn’t make the law. They don’t interpret the law,” he said. “They are there to defend the laws that are passed by the General Assembly.”

Speaking with legislators about what would be considered constitutional or not when it comes to law is something Jones plans to do often.

One of the main issues brought up during the campaign has been how the attorney general will deal with crime.

Griffin said his strategy is based on law enforcement and taking on a criminal justice system that he believes contributes to the rise in crime.

He said he will work toward making changes in how the state’s parole and probation system operates, and will push for stricter sentencing guidelines, increased prison capacity through the expansion or construction of facilities, and creating easier public access to criminal information.

“I will stand shoulder to shoulder with law enforcement and ensure they have the resources and training they need to keep us safe,” Griffin said. “Law enforcement officers protect us and allow us to live freely, and I will support them in word and deed.”

Jones wants to implement a five-district plan where representatives from his office oversee 15-county districts.

“They would work with local leaders, police chiefs, mayors and members of civic organizations to see what the local problems are,” he said. “Each county is unique, and we need to use local talent to solve those problems. We can’t have one-size-fits-all solutions in Little Rock.”

Jones said he also wants to focus on ending human trafficking and cybercrimes.

“I want to make sure it’s safe for our girls to be online,” he said. “I want to work with legislators to make sure the laws we passed are robust in the area of human trafficking. I know that Fayetteville has become a hot spot for human trafficking, and I want to put a stop to it. I won’t be putting out a packet, but I will work to see laws are beefed up.”

Griffin said the United States has an illegal-immigration crisis at the southern border because presidents have failed to enforce immigration laws for decades.

He said the federal government must begin enforcing such laws, and that he would be active in trying to solve the situation at the border.

“This is a matter of national security and sovereignty for the United States, and it is fundamentally unfair to the immigrants who come to our country legally, follow the rules, wait in line and wish to assimilate into our culture and become American citizens,” Griffin said. “As attorney general, I will not allow communities to be sanctuary cities, and I will partner with our federal delegation to fix our broken border.”

Jones said he believes illegal immigration is wrong and that our borders need to be protected.

“As attorney general, in a landlocked state, when those who have crossed the border illegally come here, I will take all necessary steps to make sure they are held accountable,” he said. “Arkansas law does not allow for sanctuary cities, and I will make sure that law is upheld.”

Jones declined to address where he stands on issues such as abortion, taxes, school vouchers and Medicaid expansion, saying he believes they are outside the purview of the attorney general.

“As a candidate for attorney general I have taken a position not to answer questions which can be the possible interpretation or passage of law, which the attorney general can’t do,” he said. “I will defend any and all the laws passed by our General Assembly, and I don’t want to put my future office in a possible legal predicament by stating a position here.”

Griffin has been more open with his opinions about such issues.

“I oppose abortion except in the rare instances in which there is rape, incest or the life of the mother is in danger,” he said.

Griffin also said he has consistently expressed concern that there is no dedicated funding stream for the Medicaid expansion that occurred under the Patient Protection and Affordable Care Act, and that Arkansas needs to prepare for budget shortfalls.

“We need to prepare for that eventuality by doing everything that we can to help low-income individuals climb the economic ladder and move off of government dependence,” Griffin said. “We can do this by promoting and incentivizing work in as many of our public assistance programs as possible.”

Griffin also said legislators made the correct decision to override Hutchinson’s veto of a bill that would ban gender-affirming care for transgender minors.

“As the father of three children, I support this law,” he said. “The decisions that adults make are their own business, but the state has a deep and compelling interest in protecting our children. Minor children should not be receiving sex change operations, cross sex hormones, or non-medically necessary puberty blockers. … We protect underage children from everything from smoking to drinking to tattoos. This is common-sense legislation.”

Jones said he is an advocate for private businesses having the right to choose their own path.

“Having the right to choose taken away from us is something the government should not do,” Jones said at a debate about covid-19 restrictions that were put in place around the country. “Private employers have the right to make those decisions. Employers know where their constituents are and how to take care of them.”

Public service experience: Congressman from 2011 to 2015 and current lieutenant governor.

Sat May 14 , 2022
New Yorkers’ love-hate relationship with fast grocery delivery apps is becoming more heated as one of the biggest has begun using cars in addition to bicycles and scooters, The Post has learned. Deep-pocketed startup Gopuff is on a hiring binge to recruit delivery workers who drive cars, even as surging […] 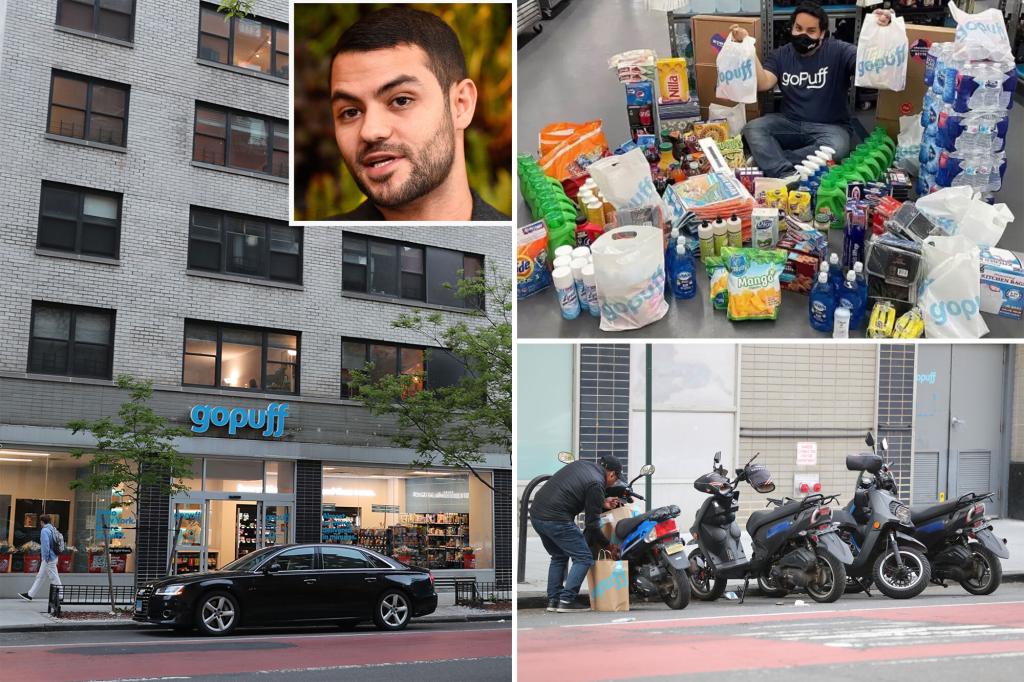