This is all you need to keep in mind with the arrival of the new Traffic and Road Safety Law in the coming weeks to avoid unexpected penalties.

With the aim of reducing road accidents, the new Traffic and Road Safety Law has already been approved in Congress, which will be effective in the coming weeks, with 13 changes that we want to highlight that are characterized by having harsher penalties for drivers .

The new traffic and road safety law is a fact, and with it the elimination of points and some economic amounts are increased in a series of sanctions to prevent accidents from happening on our roads, a way to fight against road insecurity that still existing.

Many of these penalties are surely familiar to you, but others could go somewhat unnoticed and are now much harsher, so you should be completely clear so as not to get an unpleasant surprise in the coming weeks.

Traffic fines are never well received, but imagine that you get one of 170,000 euros for driving at 80 km / h … It seems crazy, but there are countries where fines reach 900,000 euros. These are the most expensive fines in history.

The driving distractions They are one of the main causes of accidents on our roads, and for this reason, 3 to 6 points will be penalized for using or holding mobile phone devices while driving. Unlike other occasions, the user will be penalized even holding the device even if it is turned off. The economic amount remains at € 200.

It is also increased from 3 to 4 points do not use a seat belt, or that it is being used but not done properly. Also included in this aspect are the child restraint system, the helmet and other protection elements that are totally mandatory. The € 200 sanction is maintained.

The DGT has shared a series of tips that help drivers learn to drive with greater caution and avoid the most common accidents.

If this is not done, the user will be penalized with € 200 and the penalty on the driving license will be increased from 4 to 6 points.

Now it is increased from 4 to 6 points in case the driver is caught throwing cigarette butts or other objects onto the road that may cause accidents or fires.

On the other hand the period to recover the card points is unified. Specifically, if there are two years without committing infractions, the driver can recover his initial balance of points.

On the other hand, recover two points from the license for taking driving courses safe and efficient.

When the new traffic law comes into force the underage drivers Any vehicle (mopeds, AM permit, motorcycles up to 125cc, bicycles and personal mobility vehicles) may not circulate with an alcohol level higher than 0, both in blood and in expired air. They are exposed to financial penalties.

The My DGT app offers you various advantages. The main one is that you have the possibility of carrying your driving license with the same validity as your physical license on your mobile.

One of the controversial measures but that should not affect you, is that the immobilizer breathalyzer It will be mandatory for professionals, specifically for road passenger transport vehicles that are registered as of July 6, 2022.

The possibility that cars and motorcycles can exceeding the speed limits of conventional roads by 20 km / h when overtaking, as has been customary for many years in our country but is not present in our European neighbors.

Regarding the bikers, the use of wireless devices is authorized for use in the protective helmet of motorcycle and moped drivers. But they have to be devices for communication or navigation purposes and that do not affect driving safety.

There will also be restrictions in low emission zones because a new serious offense is introduced with a € 200 fine for not respecting the traffic restrictions derived from the application of the protocols for pollution issues and in low-emission areas.

On the other hand, it will also be sanctioned cheat on exams to obtain a driving license, with an infringement of € 500 fine, which includes the use of intercom devices not authorized by regulation in the tests. The user will not be able to present himself again to the tests to obtain the permit within a period of six months.

Finally with regard to the autonomous driving, is collected for the first time in this legislation references to the automated vehicle.

Mon Dec 13 , 2021
Related Practices & Jurisdictions Wednesday, December 8, 2021 On December 2, 2021, the US Department of Homeland Security’s (DHS) Transportation Security Administration (TSA) announced two new Security Directives and additional guidance for voluntary measures to strengthen cybersecurity across the transportation sector. These follow a pair of Security Directives from TSA, on May 28, […] 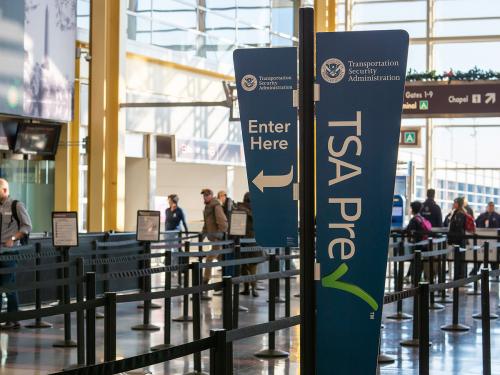