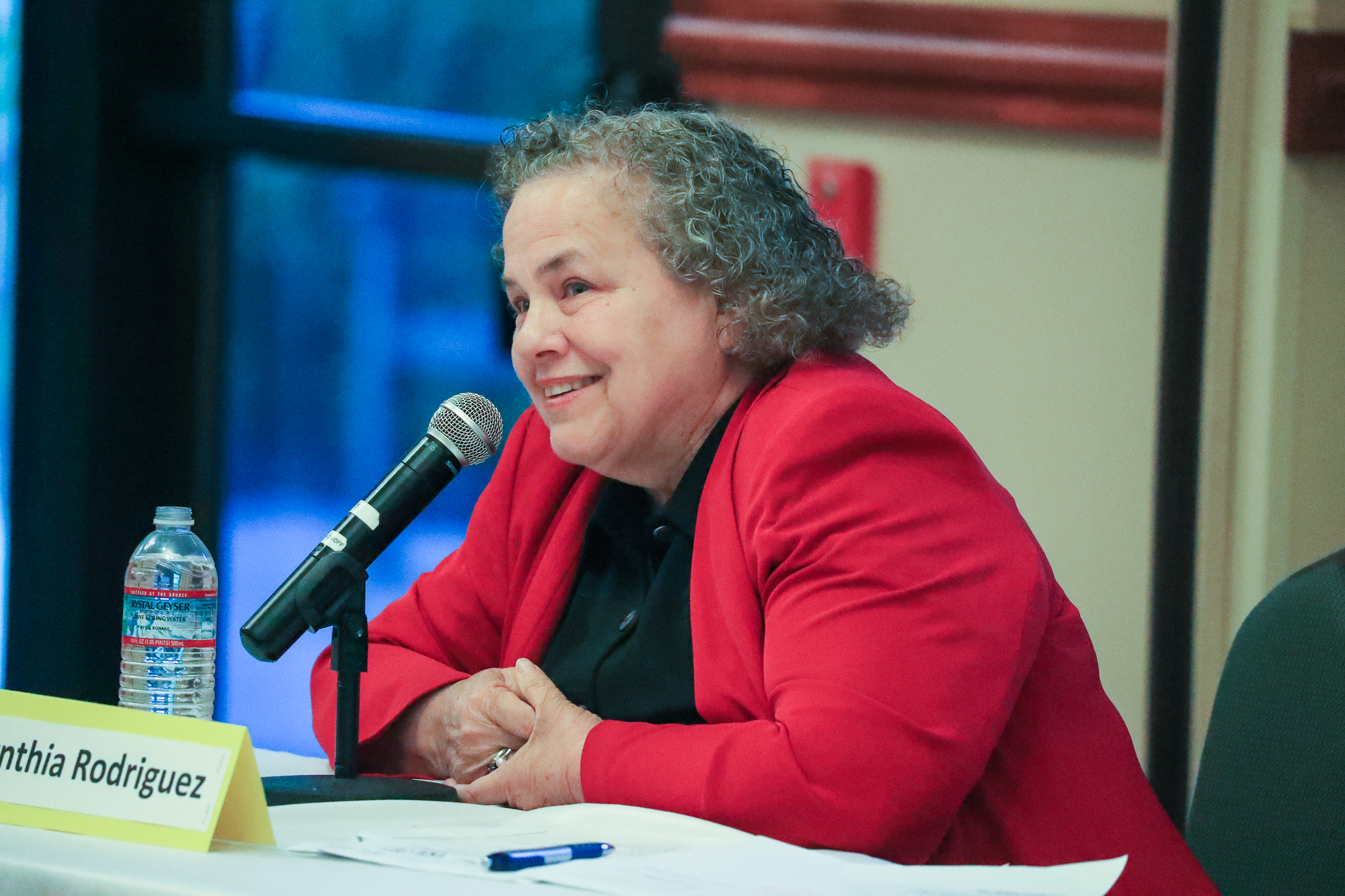 Woodland, CA – Cynthia Rodriguez, challenger for Yolo County District Attorney, has been getting criticized for her policy approach or for being soft on crime in the last couple of weeks or so.

Columnist with the Winters Express, Richard Casavecchia, recently wrote that candidate for Yolo District Attorney, Cynthia Rodriguez, said she would keep the district attorney’s office out of the parole hearing process except to support the release of an individual.

The mother of a 16-year-old who was killed in 1996, Violet Castro wrote in a letter her disappointment with Rodriguez.

“And says she will no longer go to life hearings to support me and my family,” Castro said.

“It would be on a case-by-case basis whether and what is best serving victims at parole hearings,” Rodriguez said in a previous interview.

There doesn’t seem to be any need for district attorneys to attend parole hearings, in support of the victims or the potential parolees, unless a prosecutor had intimate knowledge of a case.

Like most complicated subjects, the details of the policy are much more nuanced than simply being for or against something.

Never mind that in 2020, the California Board of Parole Hearings (BPH) granted release to only 16 percent of people who were eligible for parole according to the ACLU, and only 1 percent of paroled lifers have been arrested or convicted of new felonies.

Casavecchia also claims that Rodriguez made a blanket commitment to never prosecute certain misdemeanor crimes, rather than evaluating each situation on the merits of the case. She also pledged to have an office to identify and correct wrongful prosecutions but failed to define what wrongful prosecution is.

“If Rodriguez is an activist (which she appears to be), she could define wrongful prosecution as crimes she does not feel should have been prosecuted regardless of actual guilt,” Casavecchia said.

Well, again it’s not that simple, however. A little research and Casavecchia would have discovered there are more than 25 district attorney’s offices—nationwide and in

CRUs investigate possible wrongful convictions and either recommend confirmation of the conviction or proceed with an exoneration according to the Northern Innocence Project.

And expecting Rodriguez to define wrongful convictions again shows no interest in a complex issue and a bit of ignorance on the subject.

For starters, in 2018 there were a record number of exonerations involved in misconduct by government officials, according to the Equal Justice Initiative.

Anything that contributes to the conviction of an innocent person would be defined as wrongful conviction.

Casavecchia also mentions how Sanjay Dev, brother of Ajay Dev, is currently seeking the overturn of his brother’s conviction for raping his adopted daughter and his $500 donation creates some ethical questions for me as it relates to that case.

“These commitments, as well as others, can be read on the ACLU’s Vote 4 DA website where she went down the line agreeing to nearly every extreme ACLU demand,” Casavecchia said.

The ACLU survey was not a demand, it was a survey to see where prosecutors stood as it relates to criminal justice reform and for Casavecchia to call the almost 50 questions ranging from protecting immigrant communities, standing up to police misconduct, and well as ending over-criminalization and mass incarceration “extreme,” speaks to how little he understands, or cares to understand, that the criminal justice system, prisons, and law enforcement require systemic reformation.

Notably, current Yolo DA Jeff Reisig, like many other incumbent DAs that claim to be progressive such as Jeff Rosen or Diana Becton, all failed to respond to the survey. If they disagree they had the opportunity to state that and why but didn’t.

Their lack of engagement with the survey also speaks to a lack of transparency with the public that many district attorneys seem to prefer.

It’s also ironic that Rodriguez is being criticized for having “extreme” policy views while the Sacramento Bee Editorial Board endorsed Reisig because she had too little policy.

“She fails to offer policy ideas equal to her eagerness to oust her opponent,” The Sac Bee Editorial Board said.

Rodriguez has many policies that differ from Reisig and are not extreme. But considering Casavecchia also endorsed Anne Marie Schubert for Attorney General, then progressive criminal justice reform may be extreme to him.

Regarding another one of Rodriguez’s responses to the ACLU survey, Defense Attorney Rodney Beede touched on a letter to the Davis Enterprise framing Rodriguez’s promises to hold police accountable for misconduct as a “lock ’em up mentality.”

“… when she’ll have to depend on them daily. When they asked to meet with her, she refused,” Beede said.

She wasn’t invited until the last minute in a bad faith invitation and as much money as the law enforcement agencies give to Reisig, her meeting them is kind of pointless.

It’s police accountability, not a political campaign slogan used by a one-term President as Beede makes it out to be.

Ask Retired Yolo Sheriff’s Sgt. Dean Nyland if police need to be held accountable. He’ll tell you that the bad cops have to go because it’s making all the good cops look bad.

Reisig has not prosecuted one cop for misuse of force in his 16 years in office.

There is no binary, black and white explanation in politics or policy, and that’s especially true with American law and policy of district attorneys.

Anyone trying to convince people otherwise is selling something.

Sat May 28 , 2022
Raymond E. Green has an important message for all drivers. His “The Proper Citizen Behavior Stop Guide” is a behavioral program to educate people on proper citizen behavior during a traffic stop by law enforcement, in an effort to deter bad habits and criminal behavior, and protect both citizens and […]