“Tonight I say to the Russian oligarchs and corrupt leaders who have bilked billions of dollars off this violent regime: no more,” President Joe Biden said in his State of the Union Speech earlier this month. “We are joining with our European allies to find and seize your yachts, your luxury apartments, your private jets. We are coming for your ill-begotten gains.”

While freezing an asset is a relatively simple task, seizing and taking over properties is more involved. It requires a lengthy legal process that takes years in many cases, according to several experts on the subject. Seizures can be further complicated by the fact that ownership of most if not all of the Russian oligarchs’ properties is shielded by shell companies.

Any individual sanctioned by the Treasury Department has their assets frozen, not requiring a specific violation of law. The property in that situation would be padlocked, could not be sold and the owner would need a license from the department’s Office of Foreign Assets Control to do anything from getting a pipe fixed to paying property taxes.

To seize a property, though, the government has to show it was linked to a crime, making the process more difficult to pursue, experts say.

“The desire to go and seize assets does not trump the Fourth Amendment protections against unreasonable search and seizure,” said Michael Parker, head of the anti-money laundering and sanctions practice at the firm Ferrari & Associates. “These cases need to be built, there has to be a showing of some sort of underlying theory of forfeiture, there has to be a reason that they are forfeited. The mere fact that somebody the United States has said is a target owns this asset isn’t enough to form a basis of seizure under U.S. law.”

Luxury Manhattan properties owned by Russian oligarchs abound. An Upper East Side mansion purchased in 2018 by Ukrainian-born metals and energy tycoon Len Blavatnik — who made his wealth off decades-old Russian business deals — for $90 million set a record for townhouse sales in New York City. The five-story limestone building at 19 East 64th Street, less than a block from the Central Park Zoo, housed the Wildenstein family’s art gallery for 85 years.

In Florida, fertilizer billionaire Dmitry Rybolovlev paid $95 million in 2008 for an 81,000 square foot Palm Beach mansion owned by former President Donald Trump — considered at the time the most expensive single-family residential sale in the country, and upwards of $50 million more than the sum Trump paid when he purchased the property in 2004.

Manhattan Borough President Mark Levine, a Democrat, has called for swifter federal action adding Russian oligarchs to the sanctions list, saying, “We want that expanded to include the dozens of men who have profited off this regime and are parking their assets here in the U.S.” He and other lawmakers, including Rep. Carolyn Maloney (D-N.Y.) and state Sen. Brad Hoylman, took specific aim Sunday at properties owned by Russian elites along Billionaire’s Row on 57th Street in Manhattan, and called for the passage of state legislation that would require more disclosure on the owners of limited liability companies.

Most if not all of these properties were purchased via LLCs to shield the identity of the owners, a practice not atypical in luxury apartment sales, further complicating the seizure process.

“It’s almost certain that, in a case like the ones we’re talking about involving Russian oligarchs, the property is not going to be in his name, it’s going to be in the name of a corporation that was formed in the British Virgin Islands, where the transparency of who owns the property is totally obscure,” said Stefan Cassella, a former federal prosecutor and expert in asset forfeiture and money laundering. “And the beneficiaries of the trust that own the property include his niece’s three-year-old daughter, and whatever it is, and we’re going to litigate with these people trying to prove that they have no interest in the property, that they’re really just standing in the place of the real owner. And this can go on for a long time.”

Indeed, if past cases are any indication, the process does not happen overnight. The government needs to both prove a crime, and prove a connection between the property and the crime, Cassella noted.

In the case of the midtown Manhattan office tower at 650 Fifth Avenue, a federal district court ruled in 2013 that the feds could seize the building. It found that the Assa Corporation, which owned 40 percent of the property, was a front for the state-controlled Bank Melli Iran, and that Assa and the Alavi Foundation, which controlled the remaining 60 percent of the building, had laundered money. In 2016, however, a federal appeals court halted the seizure, sending part of the case back to trial.

A case against the second vice president of Equatorial Guinea, Teodoro Nguema Obiang Mangue, ended in a 2014 settlement in which Nguema gave up $30 million in assets that prosecutors alleged he purchased with the proceeds of corruption. But illustrating some of the challenges involved in such cases, a federal judge had earlier partially denied the Justice Department’s claim, saying they lacked evidence a Malibu mansion owned by Nguema and other assets were obtained through ill-gotten funds.

Cassella cited an action brought against assets owned by former Ukrainian Prime Minister Pavlo Lazarenko in the early aughts, noting the process went on for more than a decade following that. The forfeiture case against former Nigerian military dictator General Sani Abacha, meanwhile, “[has] been going on for more than 10 years, litigating with his family and trying to resolve all of these questions,” he said.

“It can go on for decades if it’s contested,” he said. “If we’re talking about some Russian billionaire’s yacht or airplane, or the three condos he owns in Trump Tower, it’s almost certainly going to be contested because now you’re talking about real money, and a case is difficult to prove, and where there might be some very high price lawyers involved and so forth.”

The sanctions on their own are still meaningful. When individuals are placed on the sanctions list, any assets connected to them are frozen automatically.

“You haven’t quite taken it away from them, but you have in practice,” said Dj Wolff, a partner at the firm Crowell & Moring specializing in economic sanctions. “Because it stays frozen until such time as either you get a license to unfreeze it, which you’re not going to get, or you come off the list, which requires usually a change of behavior. And so people stay on these lists for years, until there’s a change in U.S. foreign policy.”

But the hidden ownership of these properties can complicate freezing the asset as well.

“So if you control it, but your wife owns it, or your son or you know, your buddy from the judo parlor, it’s not technically sanctioned,” Wolff said. It’s up to the Treasury Department’s Office of Foreign Assets Control to determine whether it’s actually connected to a particular oligarch.

“That’s what they’re doing right now, is finding the assets.”

Some Russian billionaires are already trying to offload properties, such as Alexey Kuzmichev, who recently listed his Upper East Side quadruplex for $41 million, according to the New York Post.

“If I had $20 billion and a Russian passport, I would be getting all of my assets out of every one of these jurisdictions as fast as I can,” Wolff said.

CLARIFICATION: This report has been updated to reflect Blavatnik was born in Ukraine and made his money off Russian business deals.

Fri Mar 18 , 2022
The Biden administration has identified 100,000 borrowers that now qualify for $6.2 billion worth of debt relief under a popular student loan forgiveness program. (iStock) The Department of Education confirmed Wednesday that 100,000 borrowers are now eligible for $6.2 billion worth of student loan forgiveness through a program benefiting public […] 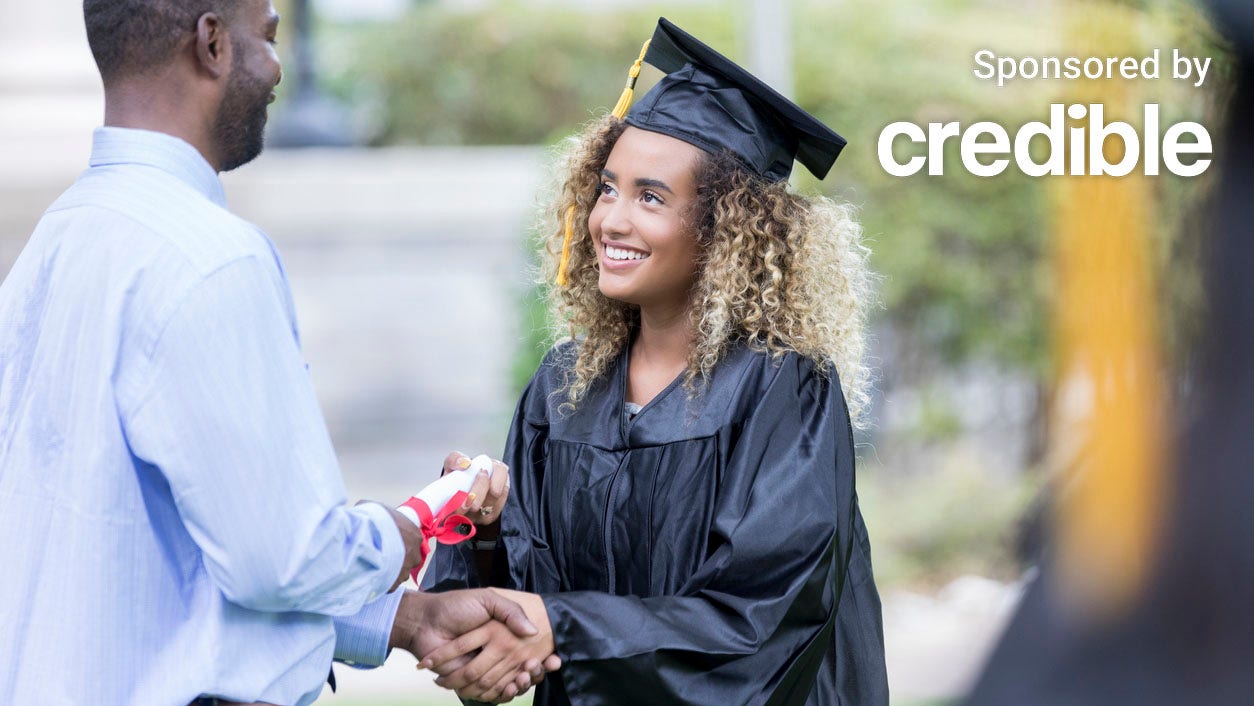