The European Commission should give greater legal clarity on the definition of “terrorism” in EU criminal law – to prevent abuses of fundamental rights and discrimination, a report from the EU’s Fundamental Rights Agency (FRA) found on Thursday (18 November).

The EU directive on combating terrorism was adopted four years ago, to respond to the phenomenon of foreign fighters and to help member states address the threats of terrorist attacks.

The main novelty of the directive, which updates counter-terrorism measures dating back to 2002, is the inclusion of new offences that are considered ‘preparatory activities’ to terrorist attacks – namely travelling for the purpose of terrorism, and receiving training for terrorism.

But the legislation also modifies the offence of public provocation to include the notion of “indirect provocation” – which has triggered a variety of approaches in national laws of EU member states, such as “apology for terrorism” in France or the humiliation of victims of terrorism or their families in Spain.

As the directive marks “a shift towards a preventive approach” that criminalises certain activities based on their potential to lead to terrorist offences, the report calls on national authorities to put in place effective safeguards – especially to the use of intrusive investigative tools and intelligence information during criminal proceedings.

“When terrorism strikes, its immediate destructive impact is painfully evident. But the fear and distrust it instills have profound and corrosive long-term effects on society,” said FRA director Michael O’Flaherty.

Meanwhile, the findings of the report also show that an individual’s association with a specific religious group, concretely Muslims, increases their likelihood to be targeted in criminal investigations – what calls for a wider assessment of the impact of such bias on different groups.

Offences, such as “public provocation to commit a terrorist offence” and “travelling for the purpose of terrorism” are predominantly related to “jihadism”, it also notes.

However, similar actions carried out by right-wing extremists may not be prosecuted under counter-terrorism legislation.

Experts have criticised that the directive does not offer clear guidelines or criteria to distinguish lawful and illegal forms of expression – illustrated in cases of similar conduct, where some are prosecuted for public provocation to terrorism and others for incitement to hatred.

As a result, several academics, NGOs and oversights bodies have raised concerns over the risks posed to the right of freedom of expression and self-censorship.

For example, a French comedian known as Dieudonné was sentenced in 2015 to two months in prison for apology for terrorism after posting on social media “Je me sens Charlie Coulibaly”, in reference to the terrorist attacks at the Charlie Hebdo magazine.

But Spain appears to be one of the countries where terrorism laws have been used the most to target artists, according to Amnesty International.

Nevertheless, the FRA report notes that proving the presence – or lack – of terrorist-intent related to these activities has become a major challenge for both prosecutors and defence lawyers, as well as “a source of major fundamental rights concerns”.

The criminal nature of the offences is determined by the person’s intent, which is difficult to prove.

Defence lawyers note that intent is not necessarily examined or established in some member states like France, where minors appear to be often prosecuted for glorification.

As a result, the EU agency warns that “authorities may rely on subjective criteria and indications, presume the existence of intent in some cases and transfer the burden of proof to the defence”.

The EU commission, for its part, argued that opening infringement procedures will lead to enhanced legal clarity of counter-terrorism rules.

Thu Nov 25 , 2021
Friday, November 19, 2021 It’s been a whirlwind 20 months for commercial real estate (CRE), which, like so many other areas, was hit particularly hard by COVID-19. According to a recent report, the pandemic created the worst recession the office sector has ever faced — leaving property owners to seek […] 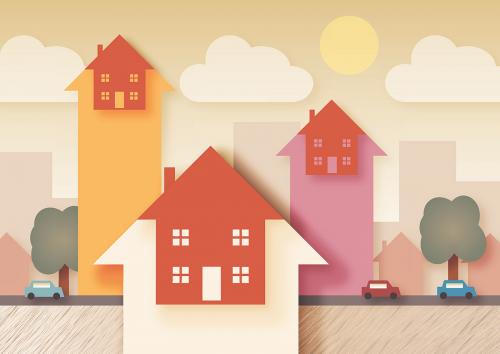