By Jacqueline Thomsen and Mike Scarcella

(Reuters) – U.S. President Joe Biden has publicly called Russian President Vladimir Putin a war criminal, but legal experts said a prosecution of Putin or other Russian leaders would face high hurdles and could take years, as outlined below:

HOW IS A WAR CRIME DEFINED?

The International Criminal Court in The Hague defines war crimes as “grave breaches” of the post-World War Two Geneva Conventions, agreements which lay out the international humanitarian laws to be followed in war time. Breaches include deliberately targeting civilians and attacking legitimate military targets where civilian casualties would be “excessive,” legal experts said.

Ukraine and its Western allies accuse Russian forces of targeting civilians indiscriminately. Russia, which describes its invasion of on Ukraine as a “special operation,” denies targeting civilians and says its goal is to “demilitarize and denazify” Ukraine, claims Kyiv and the West say are baseless.

The USSR ratified the Geneva Convention in 1954. Russia in 2019 revoked its recognition of one of the protocols, but remains a signatory to the rest of the agreements. The ICC, formed in 2002, is distinct from the International Court of Justice, a United Nations body that hears disputes between states.

The International Criminal Court’s chief prosecutor, Karim Khan, said this month he had opened an investigation into possible war crimes in Ukraine.

Neither Russia nor Ukraine is a member of the ICC and Moscow does not recognize the tribunal. But Ukraine has given its approval to examine alleged atrocities on its territory dating back to Russia’s annexation of Crimea in 2014.

Russia may decide not to cooperate with the ICC and any trial would be delayed until a defendant is arrested.

WHAT IS THE STANDARD OF PROOF?

The ICC will issue an arrest warrant if prosecutors can show “reasonable grounds to believe” war crimes were committed. To obtain a conviction, the prosecutor would have to prove a defendant’s guilt beyond a reasonable doubt, experts said.

For most charges, that requires proving intent. One way to do this would be for a prosecutor to show there were no military targets in the area of an attack and that it was not an accident.

“If it keeps happening again and again and the strategy appears to be to target civilians in urban areas, then that can be very powerful evidence of an intent to do so,” said Alex Whiting, a visiting professor at Harvard Law School.

A war crimes investigation may focus on soldiers, commanders and heads of state, experts said.

A prosecutor could present evidence that Putin or another state leader committed a war crime by directly ordering an illegal attack or knew crimes were being committed and failed to prevent them.

Astrid Reisinger Coracini, lecturer at the University of Vienna Department of International Law, said the ICC team faces a challenge presenting evidence to link crimes on the ground to orders from leaders higher up.

“And the higher it goes, the more difficult it becomes,” she said.

Legal experts said the bombings in Mariupol of a maternity hospital and a theater marked as sheltering children, appear to fall under the definition of war crimes. But securing a conviction can be difficult.

In addition to the challenges they face proving intent in many cases and linking leaders directly to specific attacks, prosecutors can have a tough time obtaining evidence, including testimony from witnesses who might be intimidated or otherwise reluctant to speak out.

In the case of Ukraine, ICC prosecutors will comb through publicly available video and photographic evidence.

“It’s not a fast process by any means. The fact that things are moving already is a really strong sign,” Hamilton said.

Bringing defendants to trial can also be difficult. Moscow is almost certain to refuse to comply with arrest warrants. The ICC will have to track potential defendants to see if they travel to countries where they can be arrested.

ARE THERE ANY PRECEDENTS?

Since the ICC was formed, it has overseen 30 cases, some with multiple defendants, its website asserts. ICC judges have convicted five people of war crimes, crimes against humanity and genocide, and acquitted four others. Congolese warlord Thomas Lubanga Dyilo was convicted in 2012.

The court has issued arrest warrants for several defendants who remain at large, including Joseph Kony, leader of the Lord’s Resistance Army militia group in Uganda.

The United Nations in 1993 created the separate International Criminal Tribunal for the former Yugoslavia to examine alleged crimes that took place during the Balkan Wars. That court, which shuttered in 2017, issued 161 indictments and sentenced 90 individuals.

Legal experts have raised the possibility of creating a separate tribunal to examine potential war crimes in Ukraine, which could be done through the United Nations or a treaty.

(Reporting by Jacqueline Thomsen and Mike Scarcella in Washington; Additional reporting by Anthony Deutsch and Toby Sterling in Amsterdam; Editing by Noeleen Walder and Howard Goller)

Wed Mar 23 , 2022
Some people are convinced those end-of-the-month tickets are to meet a quota. We are looking into laws in North Carolina and the number of speeding tickets given. CHARLOTTE, N.C. — It’s the end of the month, you’re running late for work, and you see the flashing lights behind you. It’s […] 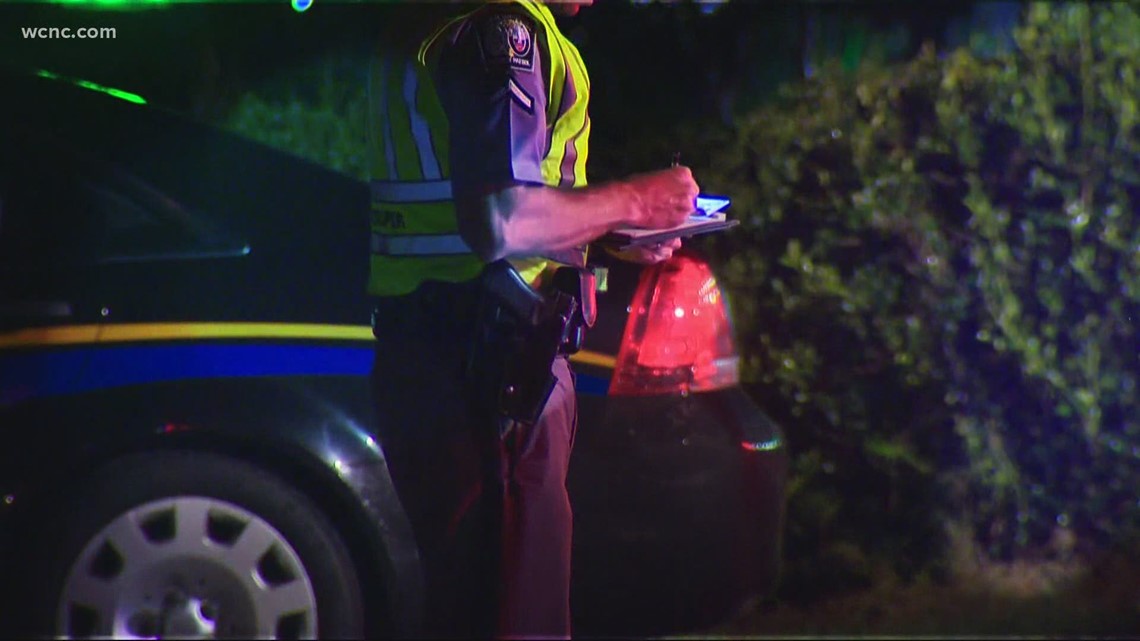