A family lawyer says the Court is cautious about involving police in custody matters.

Navigating the legal system can be challenging for anyone, but for a parent who is terrified about a missing child, it can be especially daunting.

A recent judge’s decision provided details about how Mariecar Latina Jackson worked to secure court orders and police assistance as Michael Gordon Jackson, from whom she was separated, refused to return their child to her custody.

The father and then seven-year-old child were missing for months before police ultimately located them in British Columbia on Feb. 24. Michael Jackson remains in custody on an abduction charge.

“You can only imagine the fear that her mother went through all those months when she was unable to see her daughter, and didn’t know where she was, or if she was okay,” said Jo-Anne Dusel, the executive director of Provincial Association of Transition Houses and Services of Saskatchewan, Inc. (PATHS).

PATHS is a member association for agencies such as women’s shelters, second stage shelters and counselling centres across Saskatchewan that support victims of intimate partner violence.

Turning away from the Jackson matter and speaking broadly, she said often people have difficulty having the severity of their case recognized by the courts and further having court orders enforced.

She pointed to recent legislative changes that asked judges to consider the presence of intimate partner violence, but she said the problem is that there is no mandated training for judges on the “dynamics” of such violence.

Dusel says some judges don’t understand the issue and have become skeptical when it has been raised by a victim, causing a likely difficult admission to “backfire.”

Further, there are reasons why people might not want to involve police in a matter, including uncertainty as to whether they’ll get a positive response from law enforcement officers.

She also pointed to a kind of circular trap for parents who call police about a child that’s not been returned. Police may say, it’s a civil matter, call your lawyer, she said. And when a person calls their lawyer, the lawyer may tell them that if a court order has been broken, to call the police.

As well, involving the police might impact the employment of the other parent, which could affect child support payments and the “victim parent” may fear retribution, Dusel said.

In the case if Mariecar Jackson, the judge’s decision outlines how she became concerned that police weren’t doing enough to find her child, despite a police enforcement clause in a court order that her child was to be returned.

Beau Atkins, a family lawyer with Evolve Law in Saskatoon, says the wording of the order often plays a role in how police may act.

Speaking not about the Jackson matter, but generally, he said sometimes an order will say “police may assist.

“I’ve seen where it says ‘may assist,’ police will refuse to assist.”

He noted that police may sometimes see liability in enforcing an order.

“In order to enforce an order, you need clarity in that order,” he said.

Further, he said the court is cautious about ordering police to become involved in custody matters.

“Having police present at exchanges brings a whole host of unnecessary conflict into the lives of the kids,” he said.

“The best interest of children is the primary concern or the vourt.”

In the Jackson matter, a court order to have the child returned to her mother was stayed when the father appealed the order. The stay was ultimately lifted, but it took another step in the legal process.

Atkins said he’s been made aware that changes are either pending or already in place that would see an appeal of such an order not necessarily automatically trigger a stay.

The lawyer said it’s his understanding that the change is being made as a way to stop people from abusing the process.

Dusel says anyone who is experiencing abuse, or knows someone who is, can seek help by visiting abusehelplines.org.

The news seems to be flying at us faster all the time. From COVID-19 updates to politics and crime and everything in between, it can be hard to keep up. With that in mind, the Regina Leader-Post has created an Afternoon Headlines newsletter that can be delivered daily to your inbox to help make sure you are up to date with the most vital news of the day. Click here to subscribe.

Thu May 19 , 2022
An 81-year-old sketch artist has been arrested in Uttar Pradesh’s Noida for the alleged ‘digital rape’ of a 17 year-old girl over a period of more than seven years. But what is digital rape? While the term evokes ideas of the newly developing metaverse, it actually refers to the physical […] 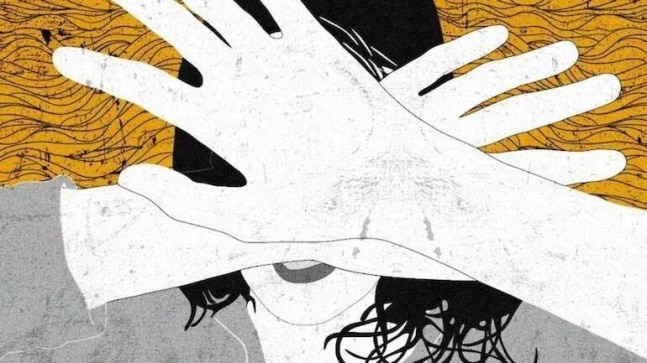