Some Ontario family lawyers are fighting back against a return to in-person court hearings from virtual, the latter which had been dominant during the COVID-19 pandemic.

A recent Notice to the Profession from the Ontario Superior Court of Justice ordered the return of most in-person family law proceedings as of April 4, but family lawyer Russell Alexander is leading a panel that recently started a petition that has already received more than 1,000 signatures in an attempt to reverse that decision.

“We’re of the view that all family court hearings should be remote presumptively,” said Alexander, joined by four other family lawyers that make up the panel at a Zoom press conference on Tuesday morning.

“And attendance in person if counsel agree or directed by the judge.”

Alexander said he’s yet to receive a formal response in response to the petition.

But the panel points to such things as time-and-cost efficiency, saving the environment with fewer documents being printed off, and less self-representation, which slows down the process, as reasons against a return to in-person court proceedings.

“For a motion (in person), we’d be there all day, four to six hours minimum and this was a cost paid by the client,” said family lawyer Nafisa Nazarali at the news conference.

“The advent of virtual hearings means clients can log in at the time provided by the court and can be heard almost immediately. The client is paying for one to two hours at max.”

Nazarali said clients could also potentially lose wages for being away from work for a day, and virtual hearings can also mean saving on gas, childcare, and parking.

“Around the world courts have gone to a virtual courthouse because it’s efficient and effective and we’re not going to step backwards,” said family lawyer Brian Galbraith at the news conference.

Ram Shankar, a family lawyer whose practice is predominantly rural, says it’s harder financially for the underprivileged to get to court in those areas compounded by bad weather in the winter months.

“These matters may just as well be successfully completed remotely,” he said during the press conference. “The system ain’t broke. Why try and fix it?”

We apologize, but this video has failed to load.

Colman also pointed out that remotely victims of domestic violence don’t have to be in the same space as their alleged abuser.

“Virtual hearings are a small contribution, but an important one, for the mental and physical security of victims of domestic violence,” he said.

From our newsroom to your inbox at noon, the latest headlines, stories, opinion and photos from the Toronto Sun.

Thanks for signing up!

A welcome email is on its way. If you don’t see it, please check your junk folder.

The next issue of Your Midday Sun will soon be in your inbox.

We encountered an issue signing you up. Please try again

Fri May 13 , 2022
Vladimir Putin. Contributor/Getty Images History shows that it’s difficult to hold war criminals accountable. Will Vladimir Putin and his army ever face justice? Here’s everything you need to know: What constitutes a war crime? War crimes are serious violations of the international laws of war against either combatants or civilians […] 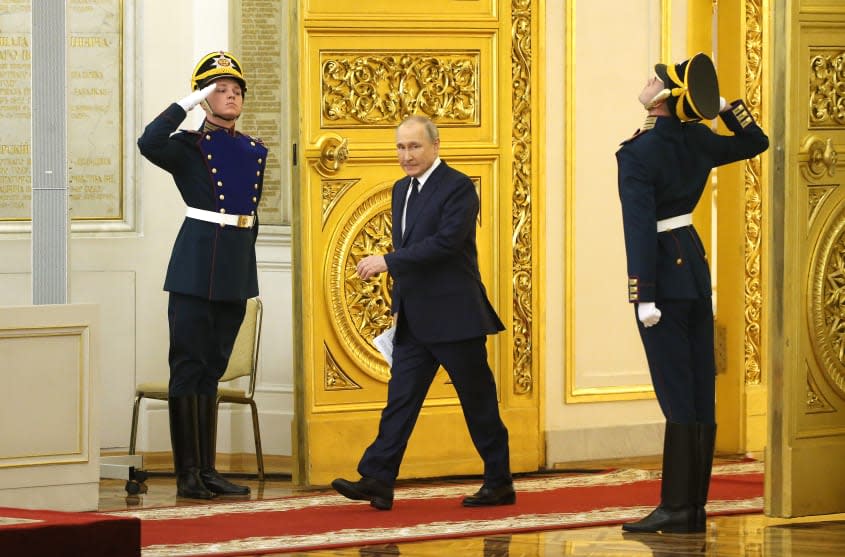