The lawsuit, filed Tuesday against the city and its officials, is against the Driving Equity Law, which prohibits police officers from pulling over drivers for secondary violations to prevent racial disparities.

PHILADELPHIA – Fraternal Order of Police Lodge 5 is suing the city of Philadelphia and its officials over the new Driving Equity Law.

In October, the City Council passed the first-of-its-kind bill, and Mayor Jim Kenney signed it into law in November.

It bans officers from pulling over vehicles based on traffic violations that are considered “secondary violations” in an effort to prevent racial disparities in traffic incidents handled by police.

The following issues are considered secondary violations in the new law:

The lawsuit from the Philadelphia Lodge #5 Fraternal Order of Police was filed on Tuesday.

FOB Lodge #5 President John McNesby said the law is dangerous. “This terrible law puts reckless drivers behind the wheel of unsafe vehicles that ultimately puts the general public in danger,” he said.

McNesby had expressed concerns about the law before it was passed. In October, he told FOX 29 about the importance of traffic stops.

The union also argues the law is not needed due to existing regulations. “This measure is unnecessary and invalid because the City is already protected by the existing and lawful, PA motor vehicle code. We simply ask the public the follow all traffic laws which are written to keep everyone safe,” read a statement from the FOP.

City leaders who sponsored the bill say it will help put an end to traffic stops that promote discrimination and address tensions between police and communities caused by negative interactions.

Mon Feb 28 , 2022
ISLAMABAD: The Islamabad High Court (IHC) on Monday observed that “criminalisation of defamation and its abuse, prima facie, appears to be in violation of the Constitution” and the “threat to free speech… cannot be tolerated in a democratic society governed under the Constitution”. IHC Chief Justice Athar Minallah made these […] 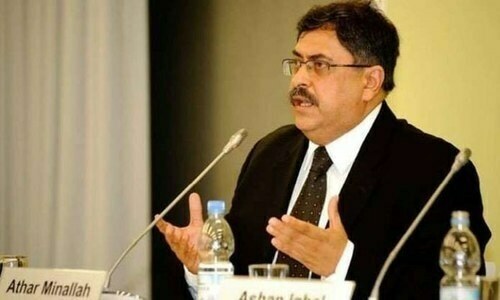