Attorney General Merrick Garland has not yet charged any of the alleged ringleaders of the Jan. 6 attack on the U.S. Capitol— up to and potentially including former President Donald Trump. This prompted Rep. Ruben Gallego, D-Ariz., in an appearance Tuesday on CNN, to channel the emotions so many of us are feeling by slamming Garland for his apparent inaction. “I think Merrick Garland has been extremely weak, and I think there should be a lot more of the organizers of Jan. 6 that should be arrested by now,” Gallego said. He called Garland “feckless” and said he “has not been helpful in terms of protecting our democracy.”

We are a year out from January 6, and the American people need to see real accountability.

In a news conference Wednesday, the eve of the anniversary of the attack, Garland had plenty of opportunity to counter such criticism. But in urging patience and using words that were as thoughtful and measured as he is, Garland didn’t go far enough. His lack of urgency is troubling.

It was sincerely heartening to hear Garland say, “The Justice Department remains committed to holding all January 6th perpetrators, at any level, accountable under law — whether they were present that day or were otherwise criminally responsible for the assault on our democracy.” That raises the possibility that Trump may be charged. But we are a year out from Jan. 6, and the American people need to see real accountability.

The rest of Garland’s speech only raised more questions about why Trump has not been charged. For example, Garland stated that the attack by design interfered “with a fundamental element of American democracy: the peaceful transfer of power from one administration to the next.” Well, why did that attack happen? Simple, Trump’s nonstop lies from Election Day in November 2020 on, including his summoning supporters to Washington on Jan. 6 for a “wild” time and his urging them on that tragic morning to “stop the steal.” The Jan. 6 attack simply wouldn’t have happened if Trump hadn’t engaged in that conduct but had instead accepted the fact that he lost the election.

To those who wonder if Trump and others may have committed crimes, remember this important fact: Trump was lying when he incessantly spoke of “massive voter fraud.” Trump knew that, especially since his own attorney general, Bill Barr, at the time confirmed as much. The absence of credible evidence of fraud that would win him any state he lost is why Trump’s efforts in the courts to overturn the election were rejected — even by federal judges he had appointed.

In fact, Trump’s allies in several state legislatures, including Pennsylvania and Michigan, are still pushing for audits of the 2020 election. Why? Simple, they still haven’t found evidence of “massive voter fraud” that Trump claimed existed. But they’ve got to keep demonstrating to their base the idea that massive fraud existed.

That means every action Trump took to remain in power was predicated on a lie. (This, in my opinion, seems like the very definition of acting “corruptly” under federal criminal law.) Trump lost the election but wanted to stay in power, and he was willing to say or do anything to achieve that.

That willingness to do anything includes Trump’s attempting to enlist government officials to help his coup. For example, in December, Trump pressured acting Attorney General Jeffrey Rosen to declare that the presidential election was filled with fraud — despite no evidence to back that up — and then “leave the rest to me.” There was also Trump’s extreme pressure on then-Vice President Mike Pence to not certify the 2020 election results despite zero evidence of widespread fraud. His plan was to then ask GOP-controlled state legislatures in swing states to corruptly overturn the election in his favor. One of Trump’s closest advisers, Peter Navarro, recently confirmed that plot.

That’s why Laurence Tribe, a university professor emeritus at Harvard Law School — along with two former federal prosecutors — recently wrote an op-ed for The New York Times urging Garland to criminally investigate Trump and his allies. These legal experts say Trump and his allies may have committed crimes, including impeding an official proceeding, inciting a riot and even seditious conspiracy. This sentiment was echoed this week in an op-ed for MSNBC Daily by former federal prosecutor and current MSNBC legal analyst Glenn Kirschner, who noted the crimes Trump could be charged with, such as “obstructing official proceedings.”

If these actions are not criminal, then nothing is.

As he urged patience Wednesday, Garland said: “I understand that this may not be the answer some are looking for. But we will and we must speak through our work.”

But how long can justice be delayed? If Garland waits to charge Trump until the midst of the 2022 midterm campaign or after Trump announces a 2024 run for president, then it will look horribly political, which, ironically, is what Garland is trying to avoid with his Department of Justice.

To be clear, the DOJ has done a remarkable job prosecuting over 700 people who attacked the Capitol on Jan. 6 in an attempt to prevent President Joe Biden from being certified as the winner of the 2020 election. If Garland, however, ultimately chooses not to prosecute Trump for his attempted coup and his role in the Jan 6 terrorist attack, I believe historians will count it among the key mistakes that ultimately led to the end of the United States as a democratic republic.

That may sound over the top to some. But it’s not. Our republic hangs in the balance. If Trump’s attempted coup and his alleged role in the Jan. 6 attack goes unpunished, Trump — or others like him — could in the future follow that same playbook. And, if law enforcement fails to hold them criminally accountable, they will keep doing so until they finally succeed.

Dean Obeidallah, a lawyer, hosts “The Dean Obeidallah Show” on SiriusXM radio’s Progress channel. He has written for The Daily Beast, CNN.com and other publications and is a co-creator of the annual New York Arab-American Comedy Festival.

Fri Jan 14 , 2022
Iowa Sen. Chuck Grassley, the top Republican on the committee, was the first to bring up the unpaid tickets. He said that the senators were concerned about 6th Circuit nominee Andre Mathis’ “failure to appear in court and about extended periods of driving without a license.” Republican Sen. Marsha Blackburn […] 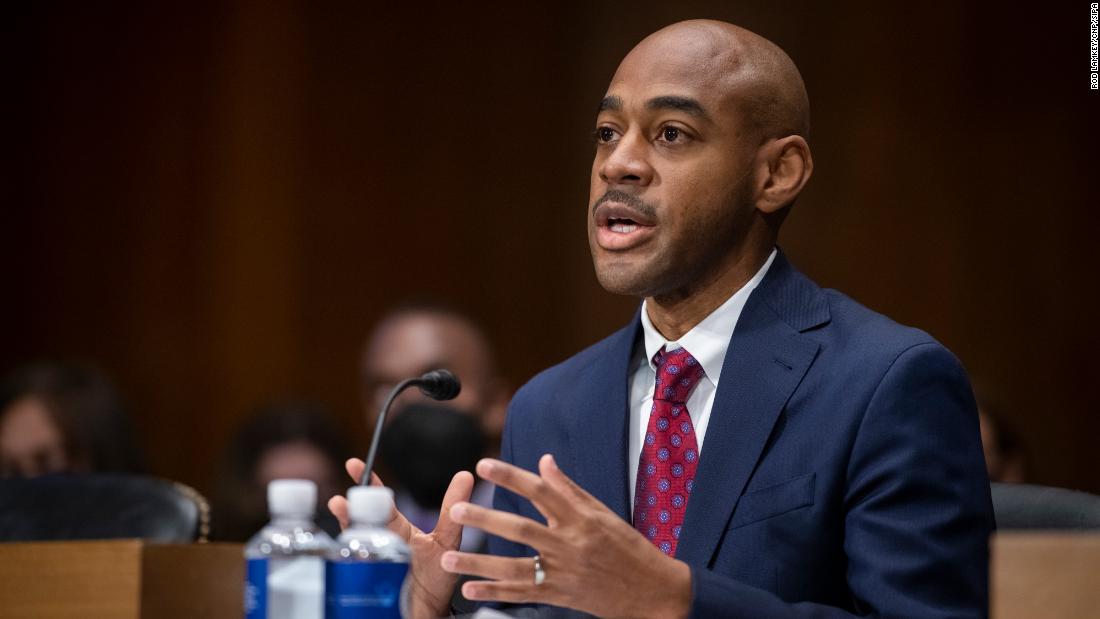