The Council of the District of Columbia is conducting a series of public hearings to discuss modernizing the city’s criminal statutes by redefining certain crimes, clarifying definitions and changing conviction consequences. As part of the process, Georgetown Law professors have testified and offered their expertise on the justice system.

The D.C. Criminal Code Revision Commission (CCRC) started the process of revising the code in 2016, and in October 2021 the CCRC submitted a 329-page bill of proposed changes to the council.

The first public hearing occurred Nov. 4. Several Georgetown Law professors testified at the first hearing, including Eduardo Ferrer (MSB ’02, LAW ’05), policy director of the Georgetown Juvenile Justice Initiative, Vida Johnson, a professor of criminal law and procedure, and Tyrone Walker, director of reentry services for the Georgetown Prisons and Justice Initiative. In addition to the hearings, the council encourages D.C. residents to provide written testimony on the proposal.

The revision will have an incredibly broad impact on all levels of the criminal justice system, according to Ferrer, who advised the CCRC on criminal and juvenile legal systems, his area of expertise.

“The criminal code revision is about more than just who is currently incarcerated, but also whether and how things should be tried in the first place,” Ferrer said in a phone interview with The Hoya. “It is broader than just incarceration — it affects things like sentencing, resentencing, it is so comprehensive and a very important undertaking.”

D.C. has not updated its criminal code since 1901, when Congress originally codified the District’s statutes. In 2000, three Brooklyn Law School professors ranked D.C.’s criminal code as one of the worst in the country, based on its lack of clarity and consistency.

Many aspects of the current code are outdated remnants of past mentalities about crime, including mandatory minimums, which are predefined sentences for certain crimes, according to John Copacino, director of the Criminal Justice Clinic at Georgetown Law.

“These mandatories were passed during the ‘war on crime’ when people thought what we need to do is put people in jail for longer times in order to remove them from the street in eras where we thought there were people who were superpredators,” Copacino said in a phone interview with The Hoya. “The D.C. Council has been moving away from that.”

The removal of mandatory minimums for sentences gives judges greater discretion in sentencing and allows incarcerated people who have served more than 15 years to petition a judge for resentencing or early release.

Without mandatory minimums, judges will be able to evaluate each case holistically instead of being forced to give a particular sentence, according to Copacino.

“Judges don’t have the discretion now to go below them, and this takes away all mandatory minimums and places everything now in the judge’s decision, where it should be,” Copacino said. “It’s better that way that judges get to decide based on everything.”

The proposal to rewrite the code demonstrates the council’s dedication to critically evaluating the criminal justice system, according to Ferrer.

“It is the first time since the original writing of the code in 1901 that the District is actually taking a step back to look at its criminal statutes as a whole and asking the question, do these statues really make sense, are they clear and do they align with our values here in the District of Columbia,” Ferrer said.

According to Copacino, the proposed changes to the code will allow incarcerated individuals opportunities for rehabilitation and reintegration.

“This law gives everyone a second chance,” Copacino said. “It’s an enlightened piece of legislation, it really is and I hope that it passes. We have a very enlightened city council right now.”

Mon Nov 15 , 2021
To the Editor: Re “How Broken Taillights End in Killings by Police” (front page, Oct. 31): I am a 68-year-old white man. In July 2020, I was pulled over by a New Hampshire state trooper for speeding on I-95. Expecting a speeding ticket, I was shocked when the trooper immediately […] 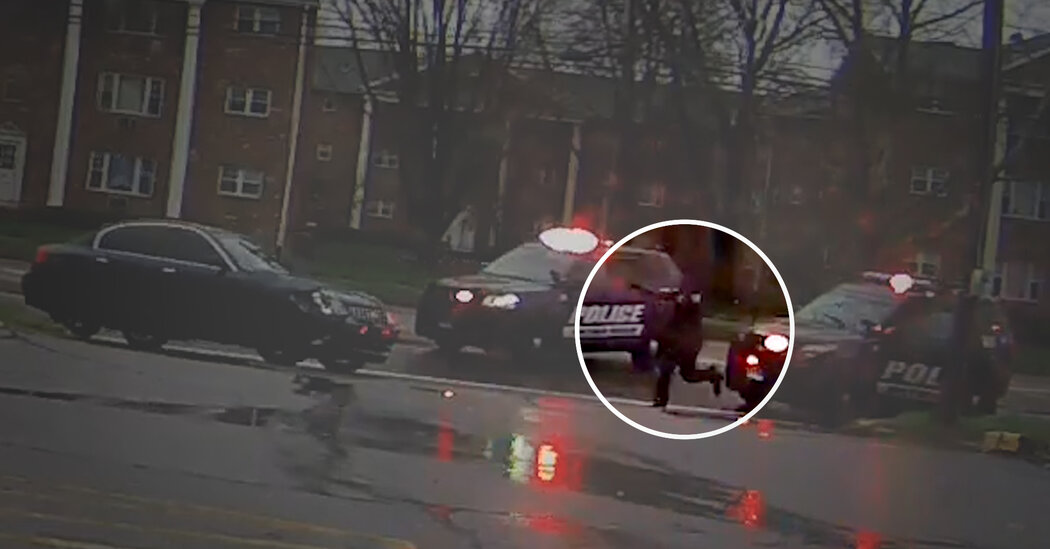