“REITs are something that we actually have discussed internally in the Government, and it is being considered,” he stated.

Holness was delivering the keynote address at a recent symbolic groundbreaking ceremony for the development of the $3.7-billion ‘One Belmont’ Class-A corporate building on Belmont Road in New Kingston.

The prime minister pointed out that “our research shows that the asset class of real estate, even during the pandemic, grew at approximately 5.2 per cent”, noting that this “is amazing”.

“So, real estate is very important … and a very resilient asset to have in your portfolio, it would appear, even during the pandemic,” he continued.

Holness said that if the real estate industry continues to grow throughout the pandemic, it will “drive [Jamaica] out of the fallout in economic activity and lead to a stronger and better recovery”.

In highlighting the benefits of the proposed REIT legislation, co-founder and president of the Sygnus Group, Berisford Grey, indicated that REITs legislation would “attract international capital for Jamaica” .

“You’d have emerging markets and investors coming to invest in Jamaica. With specific laws governing REITs, whether it’s a private or public vehicle, there’s tremendous value in terms of pooling real estate together, getting the ordinary investor in, getting the pension funds in, and letting them take a long-term view on the asset class,” he explained.

Grey pointed out that in the United States, public REITs comprise 5.5 per cent of the economy, noting that “that’s approximately US$1.5 trillion worth of value that is held by the public investor in the US market”.

“Imagine a world in which the public of Jamaica holds 5.5 per cent of value in real estate trust; that would probably be about $800 million of publicly traded value, which the ordinary investor, pension funds, and others can get out,” he further argued.

Additionally, Grey said Jamaica’s real estate stock can be “packaged into a REIT that is sponsored by the Government or by a public-private partnership”.

In this regard, the prime minister said he would be encouraging the renewal and building of residential and commercial stock.

“There are some lovely buildings in downtown Kingston. [But] one of the complaints we [have] had to deal with within the Government is the health environment in the office spaces,” he pointed out.

Holness noted that there are many sick buildings, “because we have not replenished our commercial building stocks with great speed”.

“So, I’m all for the renewal of our building stock; it is necessary [and] important that it be done,” he added.

However, Holness emphasised the importance of persons’ understanding that although the lack of adequate infrastructure is a “binding constraint on [the country’s] growth”, the renewal and building process “cannot be done in a haphazard way”.

He said the Government has taken note of complaints about the methods used by developers, which are “changing the nature of areas and infringing on privacy”.

Additionally, the prime minister said it is important to bear in mind that new modernised buildings can potentially spur discord regarding the “perceived high-quality buildings and outdated and inflexible secondary stock that could suffer from a decline in demand”.

Consequently, he advised that his administration would be providing guidance on how to deal with the various issues presented.

An Overview of 2022 California Employment Laws 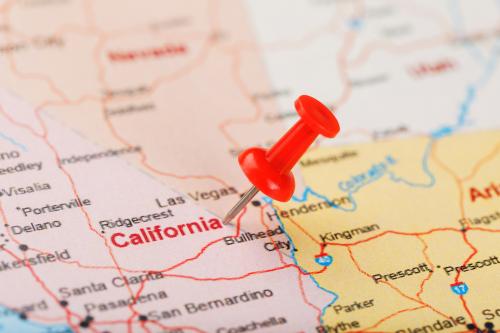