ON THE MORNING of February 28th, Russian Grad missiles rained death on the centre of Kharkiv, Ukraine’s second largest city. Volodymyr Zelensky, Ukraine’s president, said the missiles were deliberately targeted at civilians and described the attack as a war crime. The same day, the prosecutor of the International Criminal Court, Karim Khan, said he was opening an investigation into events in Ukraine because “there is a reasonable basis to believe that both alleged war crimes and crimes against humanity have been committed [there].” The ICC, he added, has jurisdiction because Ukraine had twice accepted the court’s mandate, once in 2014 after Russia’s annexation of Crimea, and again in 2015, when it recognised the court’s jurisdiction for “an indefinite duration”. Mr Khan’s predecessor had conducted her own preliminary investigation in 2020 into earlier Russian actions in Ukraine. The prosecutor is responsible for conducting court investigations but has to get authorisation first either from a Pre-Trial Chamber of the ICC or by having a government concerned or the UN Security Council refer the case. Because Ukraine did not sign the Rome statute which set up the ICC, it may not (under ICC rules) refer the current conflict to the prosecutor. But assuming someone does, what are the chances of bringing Vladimir Putin or his military officers to international justice?

There is no serious doubt that Russia has broken international law in Ukraine. The ICC came into force in 2002 to prosecute four main crimes: genocide, war crimes, crimes against humanity and crimes of aggression. There is prima facie evidence that Russia has committed at least three of those. Under the ICC statutes, war crimes include wilful killing, wilfully causing great suffering and the destruction and appropriation of property. These are also “grave breaches” of the Geneva Conventions which Russia has signed and which define international legal obligations not just in wars but in military actions where war has not been formally declared (as in Ukraine). These “grave breaches” provide the legal definition of war crimes under the Conventions. Crimes of aggression, according to the ICC, include invasion, military occupation, the annexation of land, bombardment, and the blockade of ports. And the ICC defines crimes against humanity as participation in and knowledge of “a widespread or systematic attack directed against any civilian population”.

But it is one thing to think Russia is in breach of all these international laws, quite another to bring any Russian, let alone its head of state, to the world court. ICC rules say that both parties to a dispute—the aggressor as well as victim—must accept the court’s jurisdiction. Ukraine does. In 2000 Russia signed the Rome statute that set up the ICC, but it withdrew its signature in 2016 after the court classified its annexation of Crimea as an occupation. So Russia no longer recognises the court. That does not rule out the prosecutor’s bringing a case or issuing arrest warrants. But it would require the UN Security Council to refer Russia to the court—and Russia has a veto there so long as it retains its position as one of the council’s permanent five members.

That, however, may not be quite the end of the matter legally. Even if the ICC’s prosecutor may not bring a case, his investigation—assuming it goes ahead—could deepen Russia’s already profound diplomatic isolation. It might also open up other legal avenues against Mr Putin. Several European countries have so-called “universal jurisdiction” laws which allow them to bring cases against someone regardless of the perpetrator’s nationality or the place where the crimes took place. Germany, for example, has incorporated the ICC treaty into domestic law and has convicted at least three people (not German citizens) for involvement in genocide in Rwanda and Bosnia. Compared with the horrors of the battlefield, contests in court may seem almost trivial. But legal jeopardy has a way of ensnaring its targets. The prospect of facing legal charges might possibly deter some of Mr Putin’s lieutenants from following orders to commit war crimes. And if, as may yet happen, the invasion of Ukraine ultimately fails and leads to Mr Putin’s overthrow, the legal case against him will be ready.

Our recent coverage of the Ukraine crisis can be found here

More from The Economist explains:
Tracking Russia’s invasion of Ukraine
Why Donetsk and Luhansk are at the heart of the Ukraine crisis
If the supply of Russian gas to Europe were cut off, could LNG plug the gap? 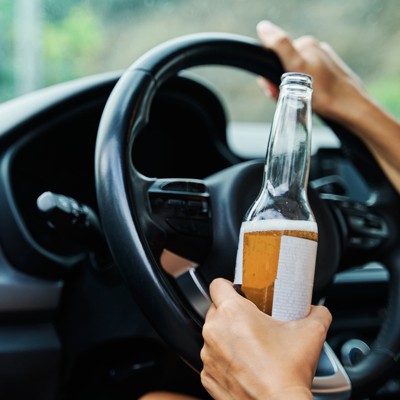