Santos Orellana-Hernandez, 47, pleaded guilty on July 23, 2021, to use of interstate commerce facilities in the commission of murder-for-hire, tampering with a witness by intimidation and threats, and conspiracy to commit witness tampering.  Orellana-Hernandez was sentenced to 100 months in federal prison today by U.S. District Judge Thad Heartfield.

Orellana-Hernandez offered to pay Ramires $200,000 in Honduran Lempira (approximately $8,000 in U.S. dollars) upon proof that Ramires had killed G.V., J.A.V., and two other individuals. Orellana-Hernandez directed Ramires to perform the killings on or after April 21, 2020, the date when the divorce was to become final.  Ramires was additionally instructed to provide photographic proof of the killings before he would receive payment.  Ramires later placed a recorded telephone call to Orellana-Hernandez, in which the two discussed the murder-for-hire plot, using code language such as “planting the corn,” to refer to the killings.  Ramires later told investigators that “planting the corn” meant burying victims’ bodies.

Orellana-Hernandez was indicted by a federal grand jury on May 20, 2020 and taken into federal custody.  In early June, while he was jailed, Orellana-Hernandez conspired with his brother to intimidate E.A.V. in an attempt to make her “withdraw” the murder-for-hire accusation. On November 4, 2020, the grand jury returned a superseding indictment that added the witness tampering charges.

“This case exemplifies excellent local and federal law enforcement cooperation, and the FBI collaborated with our international partners in Honduras to successfully stop a senseless act of violence by Orellana-Hernandez,” said U.S. Attorney Brit Featherston.  “The Port Arthur Police Department and the FBI did an excellent job!  Crimes of violence, here or abroad, will not be tolerated and all the tools of law enforcement will be utilized to stop violent crime and prosecute the perpetrators to the fullest extent of the law.”

Sun Jan 23 , 2022
A bill dealing with obstruction of justice concerns is slowly moving through the Indiana Senate, with lawmakers butting heads about definitions in the measure. Senate Bill 70 “provides that a person commits obstruction of justice if that individual persuades a witness in a legal proceeding to: withhold or delay producing […] 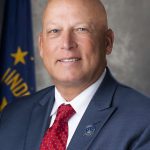