President Donald Trump signed one of the most sweeping criminal justice reform laws, The First Step Act (FSA), into law on December 21, 2018. Since then, its interpretation has been debated and argued, mostly behind closed doors in Washington, on how to fully implement it.  One lesser defined part of FSA is whether or not those in custody within the Federal Bureau of Prisons (BOP), could earn credits for participation in classes and meaningful activities in order to get time reduced off of their sentence. COVID’s wrath on the BOP slowed FSA implementation but we are on the cusp of discovering the extent of the law’s effects on those currently incarcerated.

The BOP has been criticized for the way it implemented other policies in the past … most recently the CARES Act, a directive under former Attorney General William Barr to the BOP to reduce its prison populations by transferring some minimum security inmates to home confinement. The initiative was part of reducing prison populations by removing prisoners with underlying conditions that made them susceptible to an adverse COVID-19 reaction out of the highly contagious prison environment. When some of those prisoners with underlying conditions were not transferred to home confinement, it started a deluge of compassionate release court filings asking for relief. According to the US Sentencing Commission, “With the advent of the COVID-19 pandemic, the courts received thousands of compassionate release motions, most filed by offenders.” While a large majority of motions for compassionate release were denied, the number of those granted were at record levels and all of the cases clogged the courts for months.

The CARES Act implementation has still run into problems with lawsuits from American Civil Liberties Union and others claiming that the BOP has not released the number of inmates that they could have to prevent tens of thousands of prisoners and staff infections, some resulting in death. Litigation may continue for years.

Many of the BOP’s facilities are understaffed and pressures of COVID combined with prisoner lockdowns has led many institutions to suspend or delay many of the programs that could have counted toward FSA credits. Now an internal memorandum posted at some prison camps across the country is causing a stir because of how sweeping the FSA may be for prisoners. The memo stated:

Inmates are now eligible to earn FTC retroactively back to December 21, 2018; this award will be based on criteria established by BOP.

FTC is not earned while the inmate was or is in SHU, outside the facility (e.g. writ, outside hospital, etc), or in FRP Refuse.

Beginning in January 2022, the Bureau will begin applying FTC under this update.

Additionally, the following inmates are ineligible for FTC:

Inmates must have a Supervised Release term following their incarceration in order for FTC to be applied toward their release. Inmates without Supervised Release are eligible to apply credits toward Residential Reentry Center (RRC) and home confinement (HC).

We expect it to take several weeks to update all necessary sentence computations, DSCC will prioritize based on those inmates we project to be immediate releases, beginning with inmates in community placement. As sentence computations are completed, unit management staff will advise inmates of their status, develop release plans, and prepare release and/or RRC/HC referral paperwork. Development of quality release plans will require the involvement and cooperation of the individual inmate.

RRC/HC referrals will be for no less than 30 days and inmates must otherwise be eligible for RRC placement. Inmates requiring a relocation of their supervised Release will require an approved release plan prior to submission of the RRC referral.

Far from clarifying things, the implementation of FSA, based on this limited amount of information, will be almost impossible over the near term. This affects multiple levels of the criminal justice system; prisons, halfway houses, home confinement and supervised release. It is an intricate web of agencies that manage the incarceration and supervision of hundreds of thousands of people in the federal criminal justice system.

Those in prison want to be out of the institution. With many programs suspended in institutions, prisoners have been looking to “Productive Activities,” like a job in the prison, as a means to gain FSA credits. However, interpretation of that term has been the subject of discussion ever since FSA was passed. The list of program classes eligible for credit is limited and the hours associated with each one must be based on a need assessment of the prisoner. It is unknown how a BOP case manager can look back until 2018 for classes (programs) that did not even exist because there was no FSA until December 2018. In order for “Productive Activities” during the time frame of 2018-2021, it must mean that the BOP is interpreting a broad definition of the term … I know the prisoners’ interpretation.

This is something Michael Cohen, former President Donald Trump’s former personal attorney who recently completed his federal prison term, stated in a Habeas Corpus filing in 2020 where he asked the court to be released from home confinement stating he had FSA credits for which he was not given credit. Southern District of New York Judge John Koeltl decided Cohen’s case and determined that the BOP had more time to determine whether there were any credits due, writing, “The statute [FSA] clearly envisions that the program will be gradually implemented during the phase-in period. During this period, the Act requires the BOP to provide evidence-based recidivism reduction activities for all prisoners before the two-year anniversary of the date that the BOP completes a risk and needs assessment for each prisoner, namely by January 15, 2022.”

Well, it’s January 2022 and Cohen is prepared to go back to court. Cohen said in an interview, “The BOP is required to provide all eligible inmates with FTC credits by no later than January 2022. If they fail to meet their obligation(s), I will immediately refile my previous Write of Habeas. Corpus and seek judicial intervention. This time, government will be unable to hide behind ripeness as the BOP deadline to act will have expired.” Cohen pointed out that the purpose of FSA was intended to get people out of the criminal justice system and that has not been achieved yet. “Whether you are incarcerated in a prison or on supervised release under probation, you’re still part of the system,” Cohen said.

Habeas Corpus filings are used to bring a prisoners into a court to determine if the person’s imprisonment is lawful. The district of filing would be where the person is incarcerated or under supervision, not in the district where they were convicted (though the two could be the same). Indeed, there will be many prisoners on January 15, 2022 who are being detained unlawfully if the law comes into effect on that day and they are still incarcerated … that is going to happen. Thousands will file lawsuits whether they are in prison, halfway houses, home confinement or supervised release, fighting for their right to a broadly defined, and subject to BOP discretion, FSA credit. Rather than Trump’s FSA being a law, it is going to be subject to interpretation by judges across the country.

While this information is welcome news to those incarcerated, it is also a monumental task for BOP case managers. Case managers are primarily responsible for moving inmates from prison to halfway houses and home confinement. It requires a tremendous amount of paperwork and coordination, often taking months. There is also the additional issue of capacity at halfway houses and monitoring. This is going to be more complicated than anyone ever imagined.

Mon Jan 10 , 2022
Breadcrumb Trail Links Local News ‘There used to be an opportunity to explain it to a prosecutor there’s a reason why you were speeding or that your record’s otherwise clean’ Author of the article: Bill Kaufmann A photo radar truck set up in a playground zone on 20th Ave. between […] 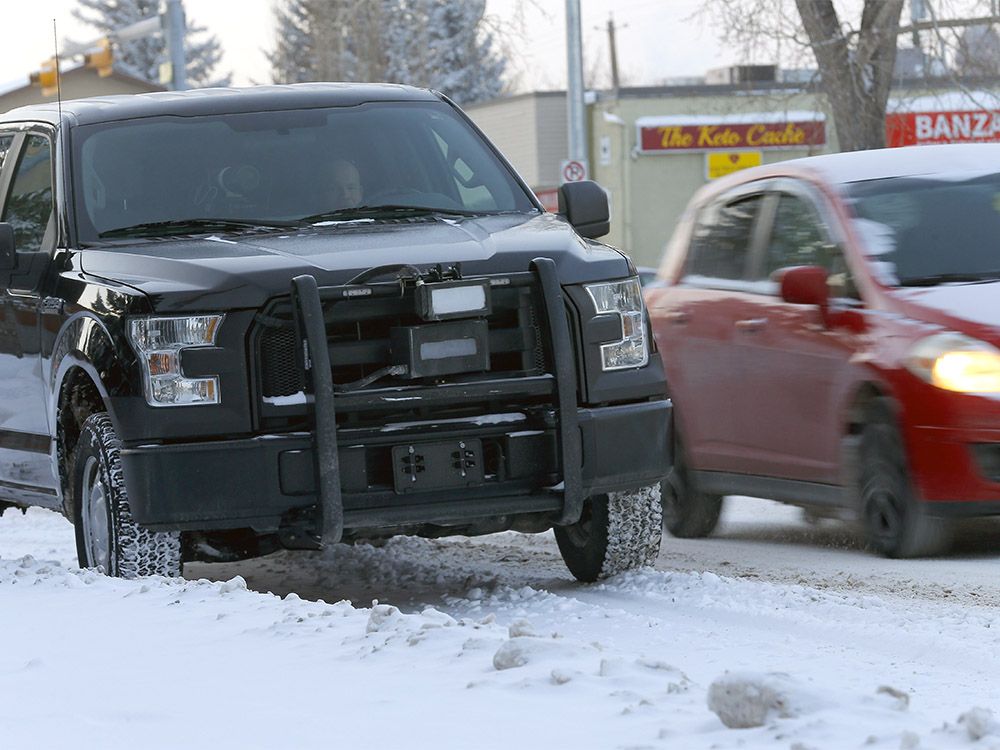