Japan is considering a system to screen and approve providers of fully automated driving services within limited areas, under the supervision of prefectural public safety commissions, the police agency said Thursday.

The National Police Agency aims to submit an amendment to the road traffic law to parliament next spring, as the government intends to start the “Level 4” automated mobility service in designated areas of the country, such as abandoned railroads, in the fiscal year through March 2023, according to the agency.

File photo taken on Sept. 27, 2021, shows a “Level 3” vehicle driving autonomously with the driver taking his hands off the wheel on an expressway in Tokyo. (Kyodo)

At Level 4, a vehicle always performs the functions of acceleration, steering and braking, including in emergencies, according to the Economy, Trade and Industry Ministry.

A government panel, which has been discussing the autonomous driving services and new mobility such as electric scooters, on Thursday released its final report, which will serve as a basis for the police agency’s amendment bill.

According to the agency, the amendment will stipulate that fully automated driving will be allowed only by vehicles operated in designated areas for the purpose of providing mobility service for passengers, instead of private cars.

In such a service, a vehicle will be operated autonomously under remote monitoring without a driver. It must follow traffic rules and needs to secure safety measures such as stopping when its system fails.

Service providers will be required to submit their operational plans to respective prefectural public safety commissions, according to the agency.

If there are any traffic violations or incidents not abiding by the submitted plans, the public safety commissions can suspend or revoke the permission, as well as give necessary orders.

A draft bill is also expected to include regulations on electric scooters, stipulating that riders must be at least 16 years old but a driver’s license is not required. It will also likely encourage users of electric scooters and bicycles to wear helmets.

Vehicles will be categorized depending on their sizes and speeds. Electric scooters will be among “small low-speed vehicles” defined as sizes similar to bicycles with a maximum speed of 20 kilometers per hour.

If drivers of those vehicles can show they are controlling them under 6 kph, they will be allowed to run on a sidewalk.

Violators of the rules will be served with traffic tickets and repeat offenders will be obliged to take a traffic safety class.

Electric scooter sharing service operators will be encouraged to provide safety education for riders as well, according to the agency.

“Sidewalk vehicles,” including autonomous delivery robots, will be defined as those in sizes similar to electric wheelchairs and with a maximum speed of 6 kph.

Operators of remotely controlled robots will be obliged to register their names of users and operating locations.

How to Protect Against Increased Holiday Cyber Threats

Sun Dec 26 , 2021
Wednesday, December 22, 2021 Recent data thefts and systems intrusions, particularly with respect to ransomware, have assured that cybersecurity is top of mind for corporate executives and compliance officials. We at EBG have tried to keep you up to date with respect to legislative, regulatory and litigation developments and recommended […] 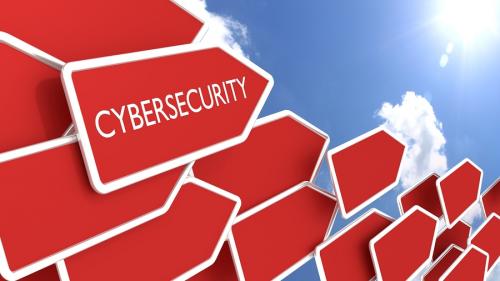