A complaint filed in Manhattan alleges that the firm and partners Robert Rosenblatt and Edward Hall copied and pasted landlords’ assertions about unpaid rent into court filings without reviewing those cases or demanding documentation of rent owed.

The filing also claims the attorneys sent rent demands to tenants who were not in arrears.

Some of the renters who received notices demanding rent hadn’t signed a lease with the landlord pursuing eviction, according to the state court filing. In other cases, the law firm allegedly listed the wrong apartment number or an incorrect monthly rent to calculate what was due.

“This reckless practice has, in the most egregious cases, led [the defendants] to have tenants evicted where no rent was owed or the landlord had no legal basis to evict,” the suit reads.

One tenant, Arturo Solis, was evicted twice by the firm for not paying rent, but each filing had technical deficiencies that the firm knew about, or should have.

In March 2017, the firm demanded Solis fork over $23,000 in arrears for 14 months of nonpayment. Balsamo then filed an eviction suit against the tenant, naming Hueng Sam Tam as the owner of Solis’ Windsor Terrace building, 266 Prospect Park West.

Balsamo’s petition stated that monthly rent was $1,516, but the owner had listed $1,016 on an intake form, according to James’ suit. Property records later showed that Tam had transferred the building’s title to 266 Realty NY, LLC, a corporate entity he controlled, in 2014.

“It appears that neither Rosenblatt nor any of the attorneys in his firm reviewed any documents to support the legal conclusions in the petition,” the suit reads.

Court records suggest that the firm knew by May of that year that Tam’s LLC, not Tam personally, owned the building, as it discontinued two other cases in Solis’ building after misnaming the landlord.

Still, a marshal evicted Solis on July 3, 2017. The tenant filed an order stating he did not owe rent and was never served papers showing a debt. The court restored his possession by July 6.

But four months later, Balsamo tried again, this time listing 266 Realty NY LLC as the owner. The new eviction filing stated Solis’s rent was $1,460 per month and that he’d racked up over $50,000 in arrears in nearly three years of nonpayment.

But six weeks before the eviction, the firm had learned that Solis’s building hadn’t been registered with the city or state, which should have precluded Balsamo from bringing the case, the complaint reads.

Still, the firm failed to discontinue the suit.

The attorney general is now asking the court to enjoin Rosenblatt, Hall and their firm from pursuing unsubstantiated evictions or rent collections, hand over the profits made from those illegal suits and pay tenants damages.

Hall did not respond to a request for comment on James’s suit. Jeff Cohn, an attorney representing Rosenblatt, said he had “ tremendous confidence in Mr. Rosenblatt’s position as one of the leading, most effective and ethical attorneys in landlord-tenant law over the last 30 years.”

“We’re going to win this case in court,” Cohn added.

Mon Apr 11 , 2022
International Women’s Day, which draws attention to women’s rights and gender equality worldwide, has been celebrated since 1911. In order to counteract any inequalities that women may face in the workforce, the German government enacted a number of important employment laws and amendments in recent years. The Second Leadership Positions […] 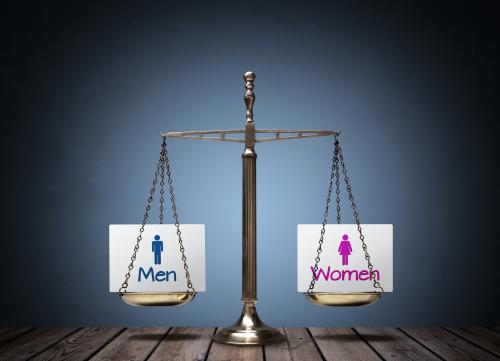