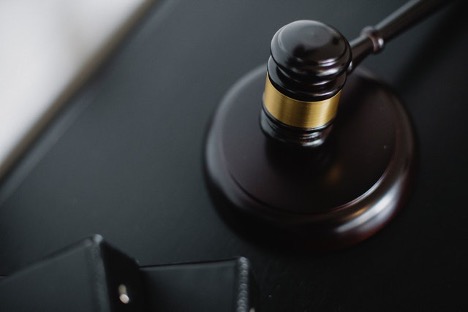 Lorie Nachlis is a family law attorney with Nachlis Freeman LLP in San Francisco, CA. Below, Attorney Nachlis takes a look at some of the major news stories concerning family law trending in the United States.

Two women in Omaha, Nebraska, are suing the state in order to be recognized as equal mothers of their children.

The lawsuit states that Kristin William and Erin Porterfield seek to be recognized as the legal parents of their two children. Each of the women gave both to one of their children.

Lorie Nachlis explains that the lawsuit argues the women’s constitutional rights are being violated by the Nebraska Department of Health and Human Services since it refuses to apply the same state laws to same-sex parents as they do unmarried parents who are of the opposite sex. The American Civil Liberties Union of Nebraska is a co-counsel on the case.

Though the United States Supreme Court has legalized same-sex marriage, it did so after the couple had split up and started to share custody. The women are attempting to establish themselves as equal parents on their children’s birth certificates, but their application was denied by the state’s health department.

Presently, the women have what’s called a temporary legal acknowledgment of each other as legal parents of the children, also known as in loco parentis. However, gaining full parental rights would let them make various decisions equally about everything from their sons’ educational needs to medical care according to Lorie Nachlis.

A widow of a man in Lubbock, Texas who recently died in a shooting is seeking custody of her stepchildren in order to keep them away from their mother, who happens to be in a relationship with the alleged shooter.

Though no charges or arrests have been made in the death of Chad Read, his most recent wife, Jennifer Read has released a video of the shooting Lorie Nachlis reports. The shooter, which police reports call a suspect, has been identified only in civil court records. 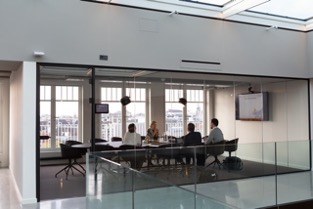 Lorie Nachlis reports that Spain recently ruled that couples who are divorcing may share custody of pets in some cases.

For the first time in a civil case, the new Spanish law determines that pets are officially living beings and not just objects. Animals had been considered sentient beings in the country when dealing with criminal cases, but the decision marks the first time they are recognized as such in civil cases, which involve family, obligations and property.

Family courts now must consider family needs and the animal’s welfare in determining custody arrangements. The law dictates that owners need to guarantee that the pet’s wellbeing will be taken into account and that a spouse may be refused animal custody if they have a history of animal cruelty Lorie Nachlis reports.

The law amends not just civil code in Spain but now courts must consider the welfare of animals when there are disputes over pet inheritance. The United Kingdom introduced a similar bill in May 2021. Portugal, Switzerland, Austria, France, and Germany also recognize animals as sentient.

A judge in Kentucky has denied the wishes of a couple to divorce after 13 years of marriage, ordering them instead to try counseling Lorie Nachlis reports.

In the unusual ruling, Bullitt County family court judge Monica Meredith said the couple, Nicole and Doug Potts, have worked well together during the separation for the sake of their child, and said they treated each other maturely, respectfully, and courteously.

Meredith added that the couple’s marriage was not yet seen as “irretrievably broken,” which is required by Kentucky state law before one can enter a dissolution. The judge asked the couple to go to counseling to talk through the issues that led to the divorce and to see if they can be resolved without ending their marriage. She also said that both parties should not introduce their child to anyone they are interested in dating.

Lorie Nachlis explains that attorneys for both Nicole and Doug Potts say they are stunned by the court’s decision to order counseling over divorce and that neither expected the ruling. They said they were surprised the judge recommended counseling since the couple have been behaving perfectly toward each other. The couple had already spent around $13,000 in counseling sessions and for attorney fees, according to Doug Potts.

Thu Jan 20 , 2022
On 15 December 2021, the European Commission adopted a proposal for a new EU Directive1 aimed at tightening compliance with EU environmental laws through the introduction of new criminal offences, increased sanctions and better enforcement (the “Draft Directive”). If adopted, Member States would have to ensure their criminal laws punish […]