We published a similar article in February 2020. The next month, COVID-19 introduced a new world, including for workplace legal issues. Recognizing now more than ever that the unpredictable is the new normal, let’s look back at New York employment law proposals from early 2020 and look ahead at what new laws may be coming in 2022.

Note that none of the bills addressed here have become law at the time of writing. We will continue to track these and other New York employment law proposals for updates.

In February 2020, we highlighted legislation to impose paid sick leave statewide. With COVID-19 as an impetus, paid sick leave passed the legislature in 2020 and took effect on January 1, 2021.

One of the bills pending in early 2020 sought to increase whistleblower protections for New York workers dramatically. This legislation may have initially taken a backseat to the pandemic, but was ultimately signed into law by Governor Hochul in October 2021.

We identified proposals similar to the ones below back in 2020. They haven’t become law yet, but remain candidates for having a material impact on New York employment law.

This bill, repeatedly proposed over the past decade, is an attempt at anti-bullying legislation. It provides that “no employee shall be subjected to an abusive work environment.” Employers would be liable when they or their employees create such conditions in the workplace.

With a broad definition of “abusive work environment,” this bill aims to create protections on top of workplace harassment laws. Essentially, this law would eliminate the requirement that the negative treatment be based on a legally protected personal characteristic. The following could qualify as abusive conduct regardless of the underlying basis:

While none of these behaviors is pleasant or generally desirable, imposing employer liability on these bases would open floodgates of employment litigation. But, it’s at least plausible that New York could pave the way for such legislation.

New York City already has a local “Fair Workweek Act” that regulates the scheduling of fast food and retail employees. New York State started down the path of imposing similarly-intended regulations a few years ago. But that effort stalled out of fear that it would have exceeded the Department of Labor’s regulatory authority. However, the State indicated that it might continue the effort through legislation.

Some aspects of the proposed “Schedules That Work Act” would only apply to the retail, food service, and cleaning industries.

The bill more generally permits employees in any industry working for an employer with at least 50 employees to request changes to their work schedules and related employment details. Upon application, employers would then be required to “engage in a timely, good faith interactive process with the employee that includes a discussion of potential schedule changes that would meet the employee’s needs.”

If enacted as proposed, this bill would constitute a monumental shift in the scheduling dynamic for many New York workplaces.

Currently, New York law does not require employers to provide employees access to review their personnel files. This bill would change that.

As proposed, this legislation would require employers to give current and former employees, upon request, a free copy of their personnel file up to 2 times each year.

While some of the bills below may have been introduced in previous legislative sessions, they didn’t jump to the top of our list of likely new laws back in early 2020. But now, they seem viable or otherwise remarkable enough to highlight.

Governor Hochul has announced non-compete reform as one of her legislative priorities. Frankly, this bill probably doesn’t go as far as the Governor intends. But it’s still worthy of note as a starting point for potential limitations on the use of non-competes in New York.

This proposal would ostensibly codify non-compete standards currently used by New York courts. As such, it would only permit a non-compete agreement that:

The law also attempts to render a non-compete unenforceable where an employee loses the job due to a declared state of emergency (e.g., the COVID-19 pandemic).

This bill would mandate significant changes to the way many employers currently determine salaries and wages. New York law already prohibits employers from asking about their salary history. This legislation would go further and prevent them from even asking employees about their salary expectations.

In addition, employers would have to include the applicable wage scale or salary range in each job posting.

This bill proposes that employees’ paid sick leave “shall not result in a reduction of paid time off for purposes other than sick leave.”

It seems this would prevent employers from combining paid sick leave into a general paid leave bucket, such as “Paid Time Off” or “PTO.”

If this bill were to pass as drafted, it would raise many questions not easily answered by the legislative text. If the concept were to gain traction, the bill would probably be amended or replaced by an alternative proposal. But, any new law with this intent would undoubtedly affect a large number of workplaces, likely requiring most employers to revise their paid leave policies.

Obviously influenced by the COVID pandemic, this bill would restrict employers from engaging in electronic monitoring of their employees working at home. Employers could not require employees to install software on personal devices, including smartphones, in an attempt to help confirm whether the employee is actually working.

Under this bill, employers could not even monitor employees on company-provided computers and devices in real-time. However, they could review employee website browser histories.

(Click here for more on a new law already in place that affects electronic monitoring of employees generally.)

The New York Legislature has been trying to enact some form of bereavement leave over the past couple of sessions. In fact, they nearly succeeded in 2018, but then-Governor Cuomo vetoed the bill.

As with the vetoed legislation, this pending proposal would revise the state’s Paid Family Leave law. It would permit eligible employees to use PFL for bereavement leave. That could mean up to 12 weeks of partially paid leave to grieve the death of a family member.

With a new governor, will this measure finally become law in 2022?

This proposal would require employers with 50 or more employees to provide employees up to 16 hours off during any school year to attend school conferences or classroom activities related to the employee’s child that cannot be scheduled during non-work hours. Under the bill, employers are not required to pay employees for this time.

The COVID pandemic introduced us to “essential workers.” Under this legislation, that group includes, but is not limited to employees of any:

Especially given the payment provisions, it’s unlikely the bill would take effect in the currently proposed form. But, the general concepts in play presumably have widespread support (as well as intense opposition).

Various aspects of the New York Labor Law currently exclude public employers and their employees from coverage. Several of the bills discussed above would expressly apply to both public and private employers. This bill would go back and subject public workplaces to the existing requirements of the wage payment provisions of the Labor Law. This development would introduce many new obligations and parameters on public entities, including municipalities and school districts, throughout the state.

Employers have valid reasons to resist many of these New York employment law proposals. It is unlikely that all of these bills will become law in their current form. However, any of these topics could produce new legal obligations as soon as this year.

You should consider whether any of these measures would unduly burden your business. If so, it’s not too soon to start tracking these New York employment law proposals and seeking to prevent or modify them.

Whether through one of these bills or other measures, employers should expect New York to continue to impose new employee protections this year. It is critical to be aware of any new laws and prepare for compliance as soon as possible.

Building a home instead of buying? What to know about construction loans

Thu Feb 3 , 2022
Our goal here at Credible Operations, Inc., NMLS Number 1681276, referred to as “Credible” below, is to give you the tools and confidence you need to improve your finances. Although we do promote products from our partner lenders who compensate us for our services, all opinions are our own. Construction […] 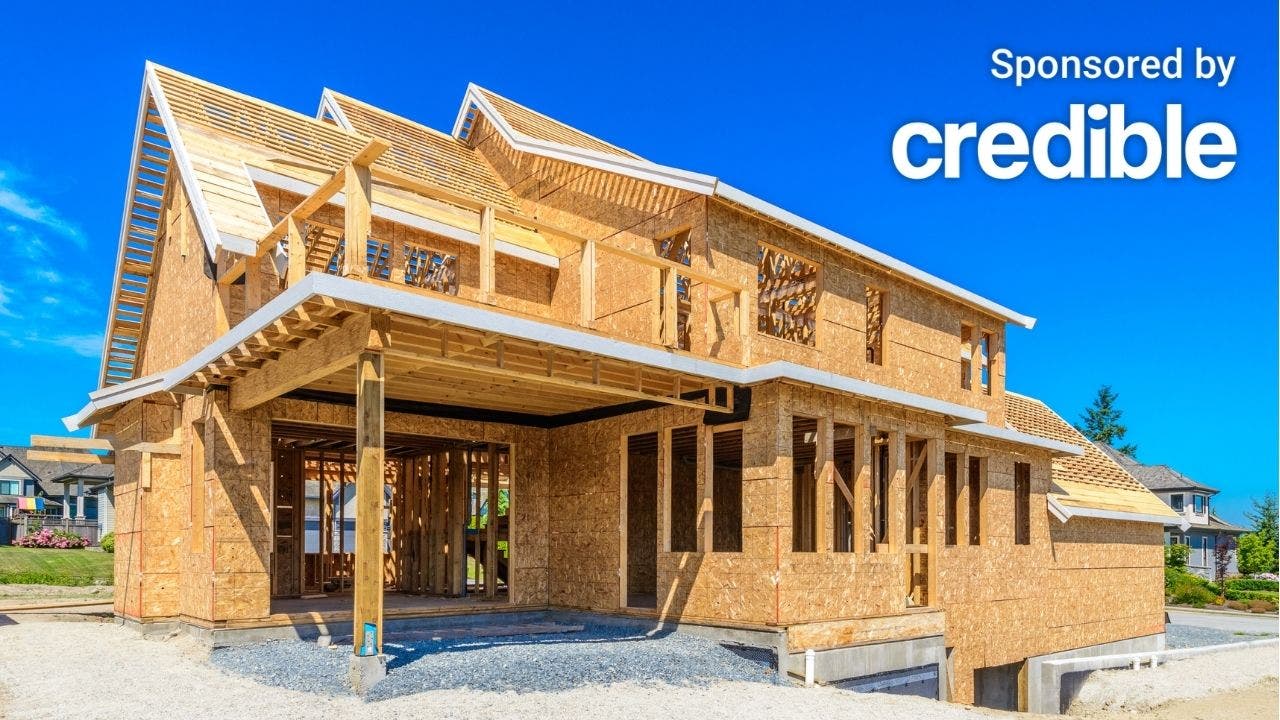