The House passed the Protecting Our Kids Act on Wednesday, hours after hearing harrowing testimony from gun violence survivors and their families, and two weeks after a shooter killed 19 children and two teachers at Robb Elementary School in Uvalde, Texas.

The House bill is wide reaching: It would raise the minimum age to buy some semi-automatic weapons to 21, strengthen bump stock and “ghost gun” regulations, ban high-capacity magazines, and give local governments power to start high-capacity magazine buyback programs, CNN reports. The changes are unlikely to make it past a Senate vote.

What do these restrictions mean, and how effective would they be if passed? Here’s a primer on key gun terms, from Jack McDevitt, professor of the practice in criminology and criminal justice at Northeastern.

What are the terms used in the bill to describe firearms?

A semi-automatic weapon is any weapon where the shooter pulls the trigger, one bullet is fired and a new bullet is automatically loaded. While we may associate the term “semi-automatic” with rifles, which are long guns with grooves in the barrel that help improve accuracy, it can apply to any type of weapon, including handguns.

Bump stocks make a semi-automatic weapon mimic an automatic, making them a loophole in many states’ automatic weapon ban. The term made it to the mainstream media after the Las Vegas shooter used a gun with a bump stock to kill 58 people at a festival. Bump stocks are illegal in most states, McDevitt says.

While mass shootings with assault weapons are more likely to make headlines, McDevitt says they are not common, and most gun violence in this country is committed with handguns.

“Most of the shootings happen either in street encounters between young people, in drug deals or in gangs, or in the home in domestic violence situations,” he says. In addition, he notes that there are two suicides for every homicide in the United States.

Handguns include revolvers, where bullets are loaded into a revolving chamber, or semi-automatic pistols, which are magazine-loaded. Police often carry the latter.

These 3-D printed guns, or “ghost guns,” as they are called in the House bill, can be printed in parts and assembled and don’t have serial numbers, so it can be difficult to trace ownership, McDevitt says.

What are the components of a gun law?

“Red flag” laws allow someone close to a gun owner to ask a court to take that person’s weapons if they believe they may pose a threat to themself or others. The concerned citizen can be a family member, local police, or even school personnel. A red flag law is active in Massachusetts, McDevitt says, though it’s not commonly used, in part due to lack of awareness.

“We need to get the word out to convince people that they’re doing a favor for the person that they’re concerned about,” he says.

Expanding background checks is one of the most effective ways to lessen gun violence, and “there’s wide public support,” McDevitt says. While he says there is a federal law that requires Americans to have a background check to buy a gun, “there are huge loopholes,” like when purchasing at a gun show or from another individual.

“Universal” background checks would close those loopholes and make it so any federally prohibited person—someone convicted of a felony or domestic violence, or involuntarily committed to a mental hospital—cannot have access to a gun.

“There have been cases where someone goes to the store, buys the gun, and goes right out and uses it,” McDevitt says. By instituting a waiting period between when the gun is purchased and when it can be picked up, “the hope would be that the person’s anger would have calmed down and they wouldn’t act impulsively.”

Permit requirements provide another barrier to access. To obtain a “license to carry” permit in Massachusetts, residents must be 21 or over, and they must submit an application and take a gun safety course. Meanwhile, residents as young as 15 can obtain a permit to own a firearm, as long as they have a parent’s consent.

How does legislation affect gun violence?

The Giffords Law Center, which compiles information on gun laws and gun violence by state, found a correlation between stricter gun laws and lower incidents of gun-related deaths. Mississippi, which Giffords gives an F grade for gun control, has the highest rate of gun deaths per 100,000 in the country, while Hawaii and Massachusetts, which received A- grades, have the lowest.

But this doesn’t address the problem of people crossing state lines to get guns. While Massachusetts has strict laws, New Hampshire does not.

“What we need to do is to make this a national set of rules so that the rules apply to all states equally,” McDevitt says.

He doesn’t have much hope for Congress’ current legislation, though, saying the chances of it passing are “none.” After Sandy Hook, he says, most of the country’s gun legislation actually made it easier to get guns, and this time will likely be no different.

“I don’t think anything’s going to pass this time. I hope I’m wrong,” McDevitt says. “I don’t see them coming together to build consensus.”

McDevitt’s dream bill includes a national law that makes it harder for people who are violent to get guns and offers mental health support for those individuals. It would also include a fund to support victims of gun violence.

In the end, though, “there isn’t a magic silver bullet out there that will solve all of our problems, unfortunately,” he says.

How cyber insurers can raise the game in cyber resilience 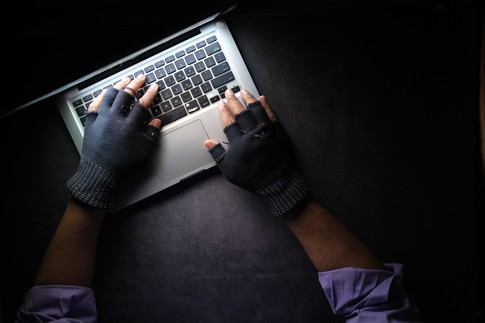