NEW YORK — NYPD officers will have to document every traffic stop — whether or not they result in tickets or other legal action — to accommodate a new city law meant to ensure vehicles aren’t pulled over because of their occupants’ race.

Once the ball falls in Times Square, cops will have to fill out a “vehicle report” for every stop and indicate the ethnicity, gender and age of the driver, says a directive sent to police this week.

“The vehicle report will document information pertaining to all car stops including nonmotor vehicles such as bicycles, irrespective of enforcement action taken by officers in the field,” stated the directive.

The new reporting rule is the Police Department’s way of fulfilling a law passed by the City Council in March that requires the NYPD to “issue a quarterly report on all vehicle stops.”

“The report would include the number of summonses issued, arrests made, vehicles seized, related use-of-force incidents, and vehicles searched and whether consent was provided,” the law states. “This information would be disaggregated by precinct, race, ethnicity, and age of the driver.”

“We are complying with the requirements” of the statute, the NYPD said in a statement.

“This change closes a large reporting loophole that allowed the NYPD to evade accountability for vehicle stops. The public now will know whether, as we suspect, racial profiling fuels police stops of cars just as it has fueled police stops of pedestrians,” Dunn said.

Rank-and-file cops said the vehicle report is just a new version of the “stop-and-frisk” form — where cops note the age, race and gender of everyone they stop, even if legal action isn’t taken.

The department revamped the stop-and-frisk forms and appointed a monitor to oversee reform after a federal judge in 2013 determined the practice was being carried out in an unconstitutional way because cops were unduly targeting minorities.

The stop-and-frisk controversy peaked in 2011, when nearly 700,000 people were stopped by cops.

“They passed bill after bill to further the anti-police narrative, but did absolutely nothing to help us curb the bloodshed in our neighborhoods,” Lynch said.

Rich Jacques, Corporate Officer and VP of Intelligence and Law Enforcement for Noblis

Fri Dec 31 , 2021
Rich Jacques, corporate officer and vice president of Intelligence and Law Enforcement for Noblis, recently spoke with ExecutiveBiz for the publication’s latest Executive Spotlight interview to discuss his three-year milestone with Noblis in his current role as well as the significant accomplishments throughout 2021. In addition, Jacques also discussed the challenges of […] 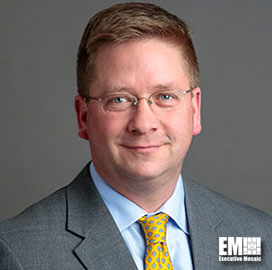