(TNS) — Dayton leaders say they hope the city will be able to continue using automated traffic cameras to combat unsafe driving behaviors but they aren’t sure what the future holds because a recent Ohio Supreme Court decision has made the devices less financially attractive.

The Ohio Supreme Court upheld a law that allows the state to financially punish cities that cite motorists for speeding and red light violations they catch on tape using automated cameras.

Dayton collected more than $1 million in fines from its photo enforcement program last year, which was put toward public safety capital costs, but city officials now say those expenses will have to be paid out of the general fund.

“First and foremost, we are disappointed about the decision and decisions to take away our ability use technology to make our community safer,” said Dayton City Manager Shelley Dickstein. “We’ve demonstrated two separate periods of time now how effective these speed and red light cameras are.”

Critics say cities mainly deploy traffic cameras for the revenue they generate, and their main concern is money, not safety.

Last month, the Ohio Supreme Court reversed an appellate court’s judgement in a case filed by East Cleveland and the village of Newburgh Heights.

The Ohio communities challenged the constitutionality of a 2019 law that allows the state to reduce its local government fund distributions to municipalities that use automated traffic cameras.

The law, which has been challenged by Dayton and other communities, allows the state to reduce local government allocations by the same amount that communities collect in fines from the use of automated traffic cameras.

East Cleveland and Newburgh Heights claimed this and other requirements of the state law violate home rule protections under the Ohio constitution.

Home rule, the communities argued, blocks the General Assembly from using its spending power to punish municipalities from exercising their right to local self-government.

But the Ohio Supreme Court ruled that the Ohio constitution does not require the General Assembly to give municipalities any funds and Ohio communities have no specific rights to local government money.

The law does not violate home rule authority because it does not prohibit municipalities from enforcing their traffic laws with cameras, according to the Ohio Supreme Court’s decision.

The legislature has the authority to establish priorities and decide how much funding to give to local cities, the court decision says.

“The spending setoff may disincentivize municipalities from adopting or continuing to use traffic cameras, but it does not forbid what municipal law permits any more than the creation of a financial incentive to adopt the use of traffic cameras would require a municipality to do what its own laws proscribe,” the ruling states.

Dayton Mayor Jeffrey Mims Jr. said reckless driving is a big problem in the city, and traffic cameras are valuable tools that encourage safer driving behaviors without the use of significant law enforcement resources.

“This is another one of those ridiculous decisions that is coming from Columbus that has a negative impact on our city,” he said.

Dayton should still be able to use mobile speed trailers in school zones since they are not subject to the state’s financial penalties.

Dickstein said the city would like to continue to use traffic cameras along high-crash and high-problem roadways, like North Gettysburg Avenue, but no decisions have been made yet about the photo enforcement program.

Dayton’s internal policy team is going to meet to discuss the Ohio Supreme Court decision and help determine if the city can still deploy traffic cameras in a thoughtful and strategic way, Dickstein said.

“We certainly don’t want to be irresponsible fiduciary agents for the community,” Dickstein said.

Dayton expected to collect more than $1.2 million in revenue from its photo enforcement program last year, city budget documents show, which was put toward police and fire equipment and capital costs.

Dayton received about $7.9 million from the local government fund in 2021, according to city budget documents.

Since 2018, revenue from the photo enforcement program has helped pay for marked and unmarked cruisers, in-car cameras, radios, automated CPR units, body-worn cameras and other purchases, the city said.

Crash data show that automated traffic cameras change driving behaviors and slow motorists down, and it’s unfortunate that the state has put up obstacles for cities that want to use technology to help save lives, said Dayton City Commissioner Darryl Fairchild.

He said this is one more blow to municipalities across the state that are trying to exercise self government, and the court decision could make Dayton’s roadways less safe if the city can no longer deploy traffic cameras in the same way.

“The demands on the city budget are, we have more needs than we have resources,” Fairchild said. “So we’re going to have to look at it in light of the whole budget and weigh what we’ll be able to do.”

Ohio Attorney General Dave Yost said the state constitution gives the legislature — not cities — the power to decide when and how to spend state money.

“The Supreme Court affirmed that simple, black-letter rule of law,” he said.

The city switched to using mobile speed trailers a few years ago, mainly in response to the new state restrictions.

Robert Williams, 64, has lived along Wilmington Avenue for nearly 30 years and he says speeding is a long-running concern.

He said some people drive 55 to 65 mph down the road, even though the speed limit is 35 mph.

He says the mobile speed enforcement units near his apartment building likely slows some of the traffic down.

“I’m sure it helps somewhat,” he said. “People drive through here fast during the daytime, but at night, they act like it’s I-75.”

Fri Jun 10 , 2022
The New Jersey Supreme Court, finding that residential real estate transactions are distinct from absolute auctions, said imposing a three-day attorney review on auctions would “fundamentally interfere with the method by which buyers and sellers choose to conduct such sales.” According to the Supreme Court’s June 9 opinion, Mengxi Liu […] 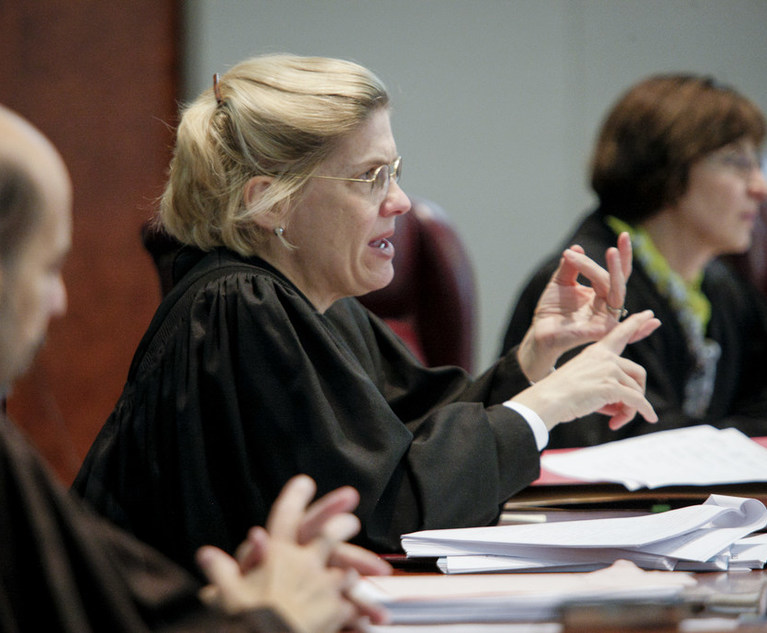