A report released Wednesday by the Oregon Secretary of State’s Office found gaps in the state’s attempts to counter domestic extremism and suggested five areas where lawmakers should focus to better counter the growing threat.

The advisory report, titled “Oregon Can Do More to Mitigate the Alarming Risk of Domestic Terrorism and Violent Extremist Attacks,” says the state should focus on new laws and other fixes to state governance, raising public awareness, addressing threats inside the government, securing vital infrastructure and fully leveraging state grants designed to help prevent and respond to catastrophic events.

“Oregon continues to have a high number of incidents of domestic violent extremism disproportionate to the state’s population,” the report reads. “It is paramount the state be as well positioned as possible to prevent and counter acts of violent extremism and domestic terrorism.”

According to the report, Oregon has the highest rate of domestic extremism in the country and it cites examples going back to the 1984 Rajneeshpuram salmonella attack in The Dalles, which sickened 751 people and hospitalized 45 people. More recently, the report said a 2020 surge in domestic extremism nationally was also seen in Oregon. In Portland, several months of civil rights protests grew tense after the involvement of federal law enforcement and “opposition groups,” according to the state report.

“This tension culminated in an act of domestic violent extremism when a member of the far-right group was shot and killed; a member of the far-left group was charged with his murder but was shot and killed days later by law enforcement officials,” the report states, referencing the 2020 killing of Aaron Danielson by Michael Reinoehl at a Portland protest. “According to the FBI’s definition, this criminal act of homicide was an act of domestic violent extremism and served to harm the far-right community and further inflame tensions.”

Oregon is one of only 16 states that doesn’t have a law defining and outlawing domestic terrorism and violent extremism. While those charges typically are brought by the federal government, Wednesday’s report suggests looking to Georgia and Vermont for examples of state laws that would be helpful in cases where federal laws either don’t apply or can’t be met.

The report defines domestic terrorism as “an act of unlawful violence that is dangerous to human life or potentially destructive of critical infrastructure or key resources” and carried out solely by a person or group of people in the United States.

A domestic extremist is defined as “an individual based and operating primarily within the U.S. without direction or inspiration from a foreign organization who seeks to further political or social goals wholly, or in part, through unlawful acts of force or violence.”

The report also calls on the Oregon Homeland Security Council to establish a strategy with measurable outcomes for countering violent extremism.

“The report today underscores the critical nature of the work we still haven’t finished,” said Rep. Paul Evans, D-Monmouth, who sits on the state Homeland Security Council. “We must become more focused upon strengthening our statewide security posture: against cyber and physical attacks upon our people and place.”

Digital literacy education and public awareness campaigns can help people recognize and be less susceptible to misinformation, the report states.

“In line with recommendations from the U.S. Cybersecurity and Infrastructure Security Agency, organizations should also strive to foster a culture of reporting, train staff on how to report concerns, and provide an accessible reporting mechanism,” the report’s authors said. “By bolstering reporting mechanisms, organizations may better position themselves to detect and mitigate the risk of potential insider threats.”

Calls for new laws or state tools to address domestic terrorism are often sharply criticized by civil rights groups who say there is no shortage of tools available to deal with acts of violence. Rather, critics say, law enforcement has historically used counterterrorism laws to go after political rivals or to persecute already marginalized groups.

Wednesday’s report highlights the value of working with the Terrorism Intelligence and Threat Assessment Network (TITAN) Fusion Center and the Joint Terrorism Task Force, two groups who coordinate counter terrorism activity between local, state and federal authorities. Those groups, however, have long been criticized for violating civil liberties under the guise of national security.

In December, tribal members, environmental advocates and community organizers filed a lawsuit against the Oregon Department of Justice over an allegedly illegal spying operation run through the state’s TITAN fusion center directed at people who protested a proposed natural gas export facility in Southern Oregon.

The Portland City Council chose to withdraw from the Joint Terrorism Task Force in 2019, under pressure of allegations of poor civilian oversight and that the many JTTFs around the country have been implicated in spying on Muslims or used to shroud local police actions in secrecy.

“The rise in domestic terrorism is an immediate threat to Oregonians and we cannot simply wait for the next incident to occur,” Secretary of State Shemia Fagan said in a press release. “We can and must take immediate steps to prevent individuals at risk from being radicalized and becoming violent.”

Sat Apr 9 , 2022
Legislative Day 40 continues as this Report goes live, and the day has already been a historic one! Most notably, HB 1013, Speaker David Ralston’s (R-Blue Ridge) Mental Health Parity Act legislation was signed by Governor Kemp around 1:30 p.m. on Tuesday. Advocates, legislators, lobbyists, and onlookers spilled over the railings as […] 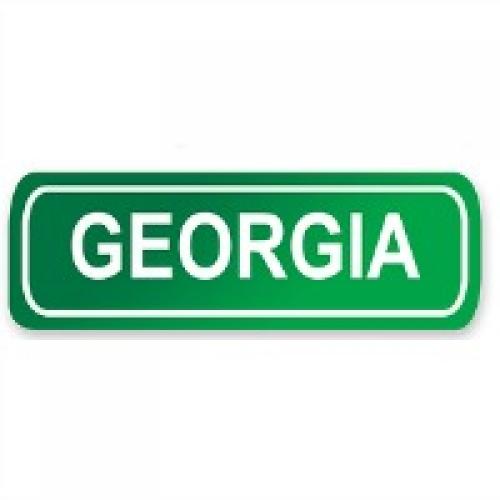