On January 5th, 2022 at about 7:30pm Deputy Jerry Pilkenton was assigned to the Sheriff’s Office Operation Safe Interstate initiative  when he stopped a vehicle on Interstate 390 for a violation of the NYS Vehicle and Traffic Law.

The operator of the vehicle was identified as Donald E. Geneski, age 65, from Wellsboro, PA. The roadside investigation revealed that  Geneski was in possession of Alprazolam, which is a pharmaceutical controlled substance that Geneski did not have a prescription for.  Deputies also suspected that Geneski was under the influence of drugs which prompted a Driving While Ability Impaired by Drugs  investigation, including the performance of standardized field sobriety tests.

Geneski was taken into custody for DWAI Drugs and transported to the Wyoming County Sheriff’s Office in Warsaw where a Drug  Recognition Expert (DRE) with WCSO assisted in conducting a drug evaluation. It was the Deputies expert opinion that Geneski was  under the influence of CNS Stimulant and Narcotics and that he was unable to safely operate the motor vehicle.

Geneski was arrested and charged with felony Tampering with Physical Evidence, two counts of Criminal Possession of a Controlled  Substance in the Seventh Degree, and Driving While Ability Impaired by Drugs.

Geneski was transported and turned over to Central Booking Deputies at the Livingston County Jail for processing and pre arraignment detention. The District Attorney’s Office was contacted in regards to bail due to the felony level charges. It was  recommended that Geneski be released on his own recognizance, as the charges did not qualify for bail under the NYS Justice Reform  Act.

Geneski was later arrainged in the Livngston County Centralized Arraignment (LC-CAP) at the Livingston County Jail before Village of Avon Justice Joseph Temperato. The Judge did release Geneski on his own recognizance with a future court date provided, per the  law, and Deputies did set him free.

Tue Jan 18 , 2022
The need for legislation requiring companies to report cybersecurity incidents to the government is obvious, but it should be tweaked to explicitly include the FBI, according to officials from the law enforcement agency. Last year the House passed incident reporting legislation that would require reports to the Cybersecurity and Infrastructure […] 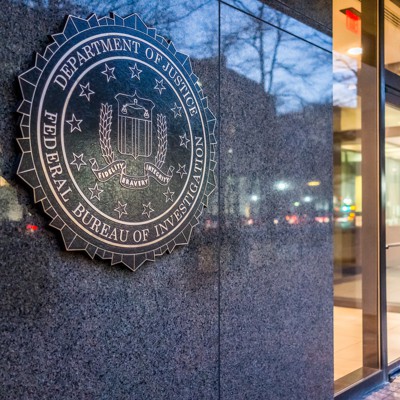