Welcome back to the Real Estate newsletter. If you’re still scrounging up a few hundred million to bid on The One, the 105,000-square-foot house that’s heading to the auction block, I have good news: There’s still more time.

The saga of Southern California’s messiest mega-mansion continued this week when a bankruptcy judge pushed the auction date to Feb. 28. The backstory behind how an iconic property once floated for sale at $500 million could be humbly sold to the highest bidder is one of those things that could only happen in L.A., and you can catch up on the dirty details here.

On the celebrity side, this was the week of the power couple.

Ashton Kutcher and Mila Kunis kicked things off, unloading an East Coast-inspired spot in Hidden Valley for $10.35 million. The actors have since moved a few streets away, where they built a sustainable compound during the pandemic called KuKu Farms, complete with a barn and cornfield in the mountains above Beverly Hills. Let me know if I’m wrong, but for now, I’m considering them the 90210’s largest producer of corn.

Baseball star Justin Verlander and model Kate Upton are hoping for the same success over in Benedict Canyon, where they’re shopping around their hillside estate for $11.75 million. The 1970s showplace has a long line of celebrity owners, including film producer Jon Peters, tennis star Pete Sampras and saxophone legend Kenny G.

On a more macro scale, 2022 is shaping up to be a critical year for housing laws. A new state law is changing zoning regulations to allow property owners to build a duplex pretty much anywhere they want, and in the months to come, we’ll find out more on further zoning changes and Gavin Newsom’s $2-billion homelessness prevention plan. Liam Dillon has you covered, and the latest episode of his podcast “Gimme Shelter” breaks down what to expect.

If you have anything to do with construction or development, your ears probably perked up reading the onslaught of duplexes coming to California this year. So just for you, The Times broke down a list of where to find home improvement jobs to cash in on the home improvement craze.

While catching up on the latest, visit and like our Facebook page, where you can find real estate stories and updates throughout the week.

Auction for ‘The One’ is pushed back

The bankruptcy auction for one of the largest mansions in the United States was pushed back three weeks to allow more time to attract potential purchasers of the home, which has a $295-million asking price, writes Erin Hudson.

U.S. Bankruptcy Judge Deborah J. Saltzman granted an extension of the auction for the Los Angeles home known as “The One” last week after a number of would-be buyers needed more time to visit the property, according to court papers filed Friday and attorney David Golubchik of Levene, Neale, Bender, Yoo & Golubchik, who is representing the property’s developer.

The online bankruptcy auction is now scheduled for Feb. 28 to March 3, and the transaction’s closing, which is subject to court approval, is set for March 21.

Kutcher and Kunis make a move

In the guard-gated enclave of Hidden Valley, married actors Ashton Kutcher and Mila Kunis have sold their East Coast-inspired home for $10.35 million.

That’s a hair more than the price they paid in 2014, when they bought the place from former Viacom Chief Executive Tom Freston for $10.215 million. Kutcher and Kunis had been shopping it around since 2020, originally asking $14 million.

They’re still staying in the Beverly Hills Post Office area. During the pandemic, the couple built a sustainable six-acre compound called KuKu Farms, complete with a cornfield and barn.

The Hidden Valley home is a bit more traditional, spanning half an acre and centering on a two-story house built in 1999. Stone and shutters adorn the exterior, and inside, living spaces are dressed in oak floors and custom moldings.

After half a decade in Benedict Canyon, baseball star Justin Verlander and model Kate Upton are asking $11.75 million for their traditional-style estate. That’s more than double the $5.25 million they paid for it in 2016, records show.

The property comes with plenty of celebrity pedigree; Verlander and Upton bought it from film producer Jon Peters, who bought it from tennis star Pete Sampras in 2004. Before Sampras, it was owned by saxophone legend Kenny G.

Built in the 1970s but updated since, the compound occupies a sloping hillside lot of more than 1.5 acres. An L-shaped house and swimming pool sit at the top of the property, and down below, there’s a tennis court.

Californians started this year with a major change in housing development. On Jan. 1, a new state law began allowing property owners to build at least duplexes on nearly all residential parcels, ending the dominance of single-family home-only zoning that has shaped the state’s building patterns, writes Liam Dillon.

What will happen in housing this year? On “Gimme Shelter: The California Housing Crisis Podcast,” Dillon and his co-host, CalMatters’ Manuela Tobias, discuss Gov. Gavin Newsom’s plans to pump $2 billion more into homelessness prevention efforts, why lawmakers might turn away from further zoning changes and how the COVID-19 pandemic is continuing to affect tenants and landlords in Los Angeles and elsewhere.

How to cash in on the home improvement revolution

When the pandemic sent the world home to work, Americans looked around and came to a near-universal conclusion: Their residences needed improvement, writes Kathy Kristof.

This spells opportunity for people who can do anything from plumbing to interior design. But how do you nab these jobs?

In this first of two reports on how to find home improvement jobs, we examine options for construction tradespeople: electricians, plumbers, painters, builders and handymen/women. Next week, we’ll look at where you can find work in interior design and landscaping. (And, by the way, if you’re not looking for work but are looking for workers, these sites are great places to find contractors, too.)

Good news if you’re a property owner: the typical American home gained $50,000 in value last year, according to NPR. And judging by the market in Southern California, that number is probably double or triple — if not more.

In the latest “Italy’s housing market is having a tough time and you can live there for really, really cheap” story, Airbnb is offering the opportunity to spend a year in a restored three-story home in Sicily rent-free. The deadline is Feb. 18, and House Beautiful has the details.

Will California give fast food workers a new way to bargain?

Mon Jan 24 , 2022
Updated Jan. 20, 2022, with new lawmaker taking over the fast food council bill. Amid growing awareness of inequality and jobs that don’t pay enough to cover child care and housing, California is considering a radical proposal: Allow the state to negotiate wages, hours and work conditions for an entire […] 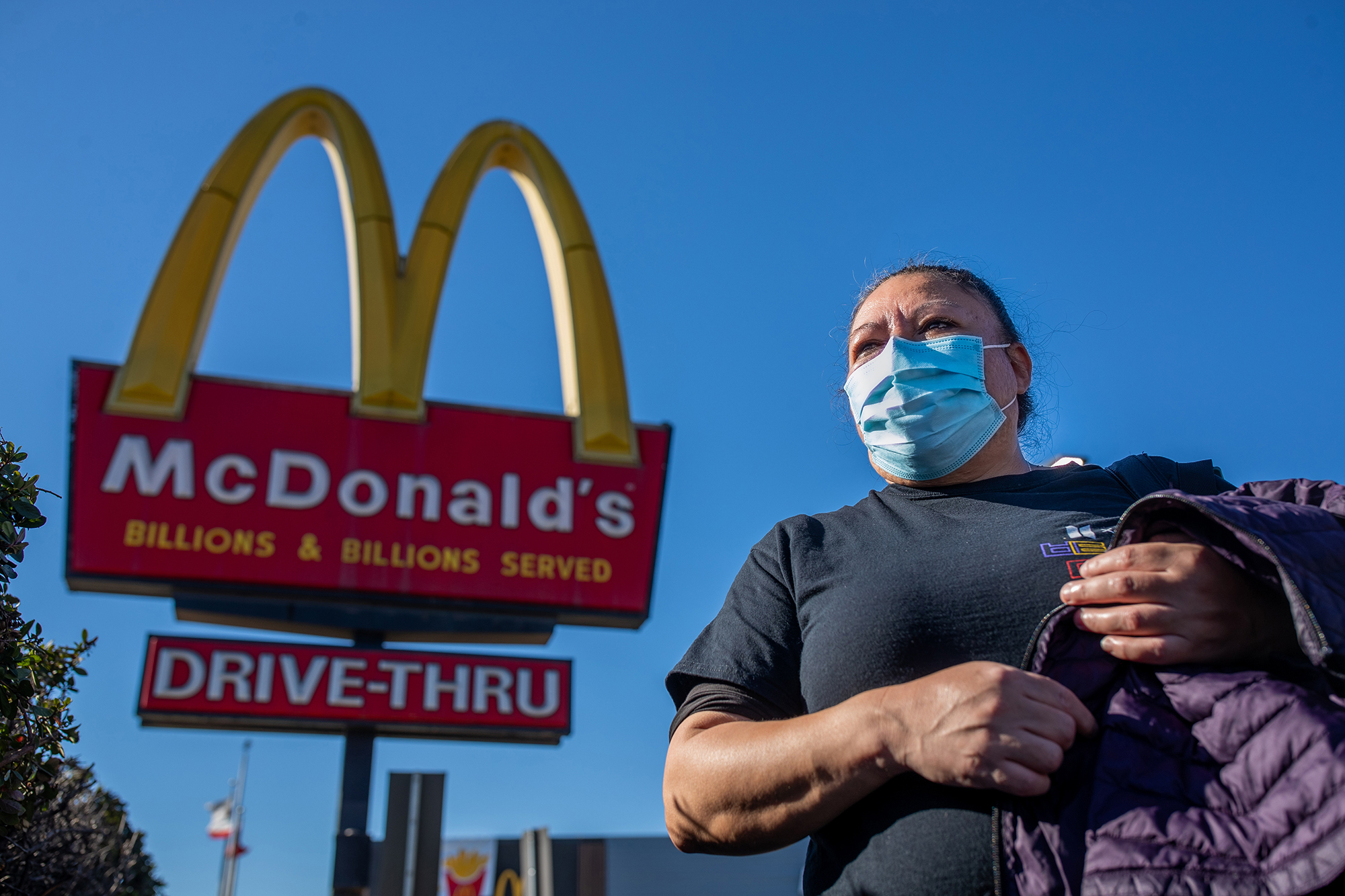