Editor’s note: This article was published in the Record-Eagle’s Momentum ’22 special publication. For more stories from northern Michigan’s economic engine, click here to read Momentum in its entirety online.

TRAVERSE CITY — The law of supply and demand rules in the Traverse City housing market. Demand is high and supply is low, so prices have gone up.

“We have very, very low inventory. I don’t know that we have more buyers than usual, but the buyers that we do have are all competing for very limited inventory.”

“We’ve been saying inventory is low for 10 years. I finally looked it up, and it has been in a steady decline for 10 years. It’s the law of supply and demand. With low inventory, prices are going to be driven up,” she said.

“It is a nationwide phenomenon, not just our area.”

But potential buyers seeking housing in Traverse City might be forgiven if they think it is a local phenomenon.

Imagine someone walking into the Traverse City real estate supermarket and finding mostly empty shelves. They stroll up and down the aisles and finally spot something on the shelf — not exactly what they wanted, but it will sate their hunger. They walk to the checkout lane only to find that someone else crowding close and yelling at the clerk that they’ll pay more than the sticker price. Swallowing his or her pride, the first shopper pulls out a credit card to pay that inflated amount. But it’s too late — the teller already sold the item to third shopper who forked over even more money — in cash.

“I think right now, what is happening: Traverse City is becoming very trendy nationwide,” said Flamont. “It’s starting to get more national attention than we’ve ever had, due to the amount of direct flights we have and the locations they’re coming from.”

“It makes it harder for people in the $300,000 to $500,000 range to buy a house,” said Flamont, a Traverse City Central High School graduate who played professional baseball before returning to Traverse City as a Realtor seven years ago.

The inventory of houses for sales in the area has been shrinking. The pace of construction hasn’t kept up with demand.

Hansen recently looked at statistics from the local Realtors Association, Aspire North Realtors. Less than a decade ago, there were usually around 1,000 homes in the five-county area (Antrim, Benzie, Grand Traverse, Kalkaska and Leelanau) available to purchase at any particular time.

In early April of this year, there were only 235 homes in the system not under contract, still available for purchase. Of those, 138 were in Grand Traverse County.

“That leaves less than 100 homes in the remaining four counties that are available,” said Hansen. “You can see why there’s such a frenzy for buyers.”

That frenzy results in a rush whenever a new property appears on the market. A typical listing quickly can get 25 or 30 showings, she said, and anywhere from two to 20 offers.

“It’s great for sellers. It can be very frustrating for buyers,” Hansen said.

Waterfront property continues to climb in price, though not as rapidly as just typical neighborhood homes.

There’s been plenty of talk in recent years about condominiums and the changing texture of the core downtown area.

“I know people say we don’t need any condos, but the market says differently,” Flamont said. “Our team probably gets 20 to 30 calls a week for people looking for downtown condos.”

“Consider if you’re making an offer for a buyer and there are about a dozen other offers on it. That means 12 agents are working with 12 potential buyers and writing 12 offers, and only one of those is going to purchase that home. So the other agents are going back to square one and looking for other homes. We’re doing a lot more legwork and running around to sell homes.”

Real estate agents typically work 100 percent on commission. So if they don’t make a deal, they make zero income.

“And we still have expenses. We don’t make income, but we still have office fees, board fees, MLS (Multiple Listing Service) fees and such. Each agent is like an individual business, an independent contractor,” Hansen said.

“More people have become Realtors, but it’s probably the single hardest time to be a Realtor — because there’s nothing to sell. Since I’ve been in the business, this is the lowest inventory we’ve every had,” said Flamont.

The COVID-19 pandemic, and the resulting surge in companies allowing employees to work from home, has led to a newfound bonanza for workers who prefer to live in a beautiful small town rather than a business-centric big city.

“There’s been a small uptick in people coming from Chicago or downstate cities, due to the pandemic and being able to work from home,” Hansen said.

“Waterfront definitely has increased in value, but at a slower rate than just your average homes that people want to live in.

“Most people are looking for family homes, just places to live. Rent is so exorbitantly expensive, and has been for quite some time, that with the low interest rate, buyers are trying to get into their own home. That’s been feeding market.”

The housing market is challenging for potential buyers. But it’s great for property owners.

“In the last 2 years, we’ve had a serious increase in equity,” said Flamont. “If you’re somebody who’s been here 20 years and you’re looking to retire and move, it couldn’t be better for you, because you are getting a dollar amount you could never imagine getting for your house.”

Property owners near downtown Traverse City never have had trouble finding buyers. People who own property farther from the city center now are joining that club.

“Before, buyers wanted to be as close to downtown Traverse City as possible,” Hansen said. “Everyone was like ‘downtown, downtown.’ Now, since they can work from anywhere, they don’t have to commute, and you can get better prices in the outlying areas, I see people more willing to look at outside areas like Grawn and Kingsley and farther out in Leelanau County.”

Neither he nor Hansen envision much change in the situation anytime soon.

Flamont recalls people suggesting back in 2015, when he became a Realtor, that the Traverse City real estate market was ripe for a crash. That suggestion was wrong.

Home prices have jumped rapidly, particularly since the begining of the pandemic.

“It’s crazy. We can’t keep having 20 percent value increases every year,” Flamont said, which has led some to worry again that a crash could be on the horizon.

“But what happens is, all of a sudden there’s only 10 percent appreciation, which is still huge — and people go, ‘Oh, it’s crashing,’ said Flamont.

“It’s not crashing, you just can’t keep up with 20 percent. A crash means you lose value. It doesn’t mean you just have less increase in value.”

“If I bought a house a year ago for 20 percent above market value, it’s still going to appreciate 10 percent, so it’s still more than what I bought it for,” Flamont said.

“Unless we have more inventory, I don’t see the market slowing down or the competition relaxing at all,” Hansen said.

An increase in interest might slow down the market slightly, she believes, but not enough to make much of a difference for sellers or buyers in the Traverse City market.

“There’s a lot of building going on, so that’s going to help,” she said. “But I don’t think it’s going up fast enough to change the market rapidly. I still think we have a couple, three years of pretty much what we have right now.”

Some Americans are mad over potential student loan forgiveness

Thu May 5 , 2022
As the president weighs broad student loan forgiveness, some Americans expressing frustration over a policy they see as unfair. “While some may view this debt forgiveness as a slap in the face to people who were responsible and paid off their student loans, this is a bigger slap in the […] 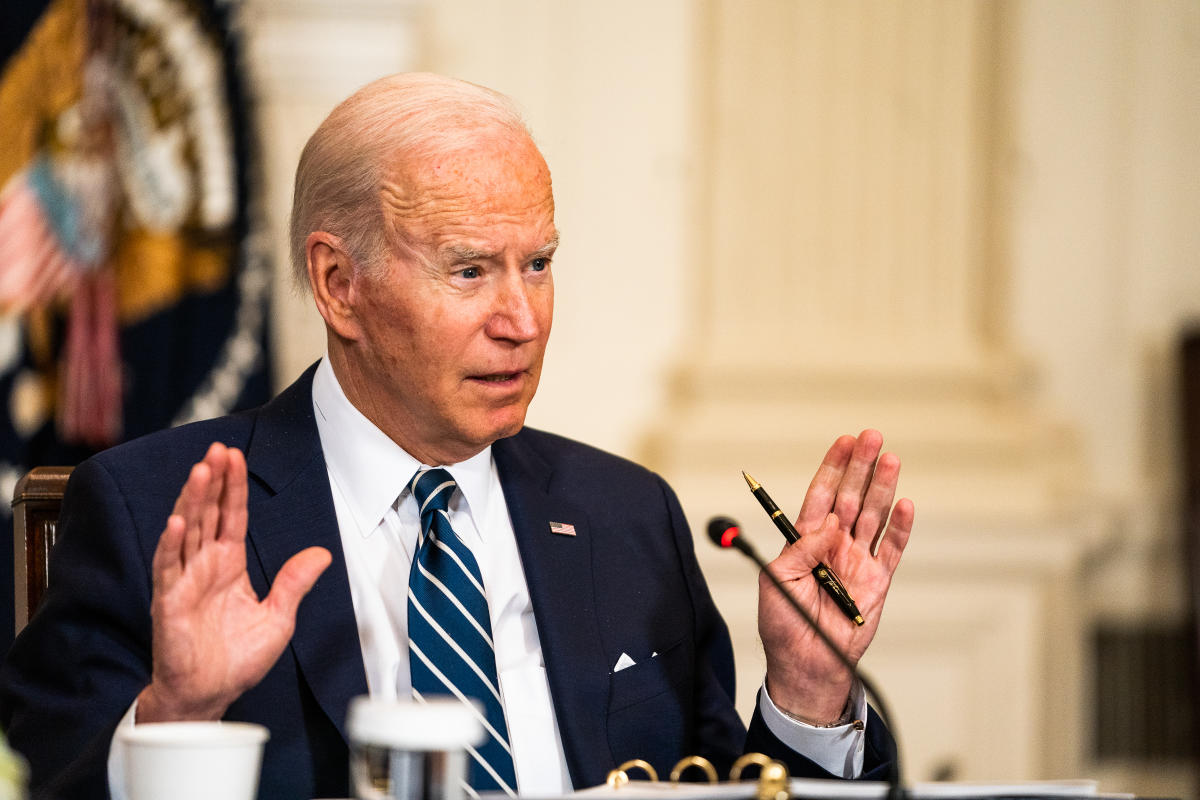