No. 3: Vinson Investments purchased 3,685 square feet at 3781 Westerre Parkway, Suite A and B, in Henrico for $700,000 from Andrew Jackson LLC. Tucker Dowdy and Jamie Galanti with Commonwealth Commercial Partners represented the seller.

Foods for Change expanded its 2,250-square-foot lease at 1110-1112 Westbriar Drive in Henrico. Nash Warren and Kit Tyler represented the tenant.

Tue Feb 1 , 2022
Saturday, January 29, 2022 In the last decade, organizations of varied industries and sizes have heightened their focus on diversity, equity, and inclusion (DEI) initiatives and, since 2020, DEI has become a top priority. COVID-19 pandemic realities, racial and social justice movements, changes in federal, state, or local laws, and […] 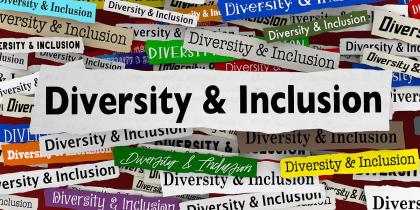