NATCHEZ — Natchez Police officers are now communicating on a new radio channel, requested by Natchez Police Chief Joseph Daughtry, which can no longer be monitored by other law enforcement officials in the area.

“Lots of times when new chiefs or sheriffs come into office, they want a new channel for communication because they don’t know who has access to the old channel,” Daughtry said in explaining why he is switching the department’s communications to a new channel.

That channel was programmed into the E911 dispatch center last Tuesday, and since that time other agencies, including the Adams County Sheriff’s Office, have not been able to monitor radio communication between Natchez Police officers.

Daughtry also said he wants that channel to be encrypted — meaning others could not hear officers’ communication — and is working to seek grant funding to pay for that encryption. He said encryption is expensive.

Once it is encrypted, members of the public, including residents with police scanners, journalists or other even other law enforcement agencies without the encryption key, “will not be able to hear our radio communication,” Daughtry said.

He said it’s a move that will protect the safety of Natchez citizens and police officers alike.

“We do have callers who call in and give us information and the public does not need to hear those names or information officers may discuss while doing their jobs. Police radio traffic isn’t for entertainment,” Daughtry said. “We have pulled people over and they will have police scanners in their cars. We do not need the bad guys to know where we are going.”

Daughtry said the move should not hamper communication with other law enforcement agencies. He said along with a new channel for NPD communication, he has created a “common law channel” on which members of the Adams County Sheriff’s Office or any other area agency in Mississippi can use when working jointly with Natchez Police.

“First of all, as a chief, he does have the right to do whatever he chooses to do with his radio channels and encryption. But from a communication standpoint with law enforcement, it takes away our ability to work together quickly and effectively,” Patten said.

Patten mentioned the arrest of Jordan Caston, 18, for the murder of Marquez Brown, 16, on Thursday, Feb. 17, at Martin Luther King and Jackson streets. Because sheriff’s deputies heard the city police radio traffic, they were able to join in and helped identify and arrest Caston.

“No one had to call us. We were on the scene to assist,” Patten said.

“Another example is the chase that came across the river that involved the city first, and ended up in downtown Natchez. Natchez Police didn’t have to request our assistance. ACSO deputies heard it and responded and were able to take that suspect down in a downtown bar,” he said. “Now that the channels have changed and we cannot monitor the city police traffic, we can’t have that kind of immediate response.

“The sheriff’s office does not want to take over the city, nor are we trying to dictate how the city handles those calls, but for us to be able to help in a timely manner, we are hindered if we can’t hear the traffic,” Patten said.

The Adams County Sheriff is elected by City of Natchez residents, as well as residents who live in the county, and Patten and his deputies feel an obligation to assist city police whenever that is needed.

“In law enforcement, seconds matter. We now have a huge disconnect and response time and communication with the city police will suffer,” he said.

Patten said the change to a private channel has already hampered fast response to emergency situations.

“We had several incidents this weekend that we were right on top of, and we would have helped. We saw it all around us, but we had no clue what was going on,” he said.

“I respect the chief and the City of Natchez. And if they call us, we are going to show up, but there is no question that response time will be delayed because of this,” Patten said. “They are welcome to use the sheriff’s office main channel — it is open, for their operations channel. When we have things like search warrants, we will switch to the private channel. That’s what I would recommend they do, too.”

In a life and death situation, seconds matter, he said.

“If you are in the middle of a car chase or a heightened situation, like wrestling with a suspect, you have no time to get another channel on your radio and ask for help. If we can monitor each others’ traffic, like we have always done, we can respond without you even calling for backup. Taking the time to switch those two channels could be the difference between life and death,” Patten said.

Schatz Legislation To Help Fight Cybercrime Set To Be Law 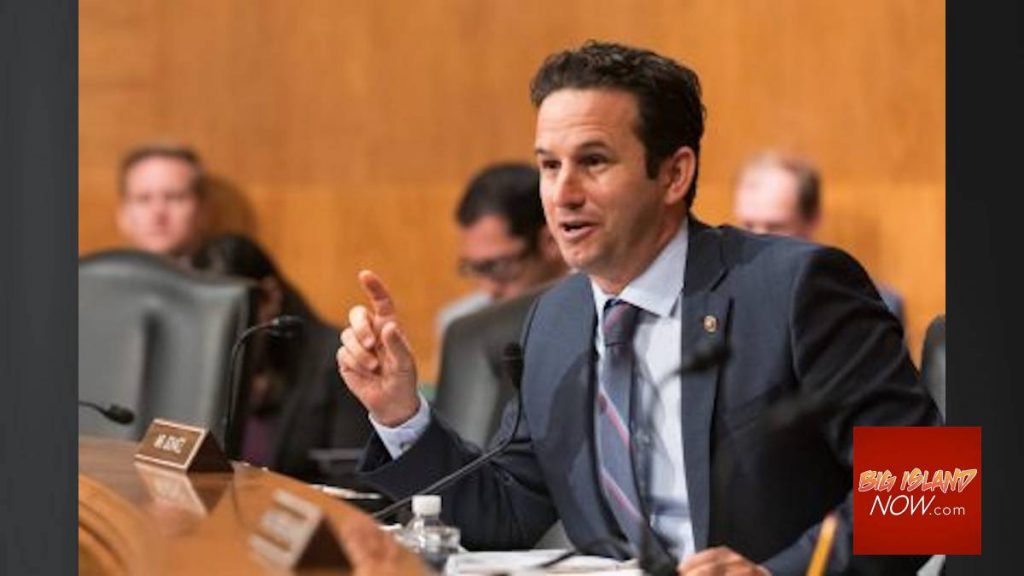