Kenton County is getting its third Family Court judge to deal with sticky cases like divorce, child support, domestic violence, and adoption, and five attorneys already have entered the race for the judgeship.

Candidates for the new judgeship that pays $130,926 a year – with an 8 percent salary increase to take effect July 1 – have until 4 p.m. ET June 7 to file with the Kentucky Secretary of State’s office. There will be no primary opportunity for these candidates; all who apply will appear on the ballot in the November General Election.

As of late Wednesday afternoon, five attorneys have filed with the Secretary of State’s office in Frankfort: Maria Kathleen Ante of Villa Hills, Donna M. Bloemer of Ft. Wright, Ashley McNeese of Independence, Tom Rauf of Edgewood, and Pete Roush of Edgewood.

The new judge will be chosen in the Nov. 8 general election for an eight-year term.

Jamie Neal, with the state Administrative Office of the Courts, said the new court is a result of an updated review in 2020 of judicial workload in Kenton County.

She said the analysis showed that each of the two current Family Court judges in Kenton County had a case workload appropriate for 1.5 judges. A third judge will bring the workload to 1.00 for each judge, which is ideal, for the state’s 16th Judicial Circuit in the 6th division.

Family Court began in Kentucky in 1991 when Jefferson County began a pilot program. It was the first-ever court in Kentucky to focus exclusively on the needs of families and children. It allows one judge to provide continuity by hearing all of a family’s legal problems and other issues.

The Family Court became permanent in Kentucky with the passage of a constitutional amendment in 2002. It received more than 75 percent of the vote in favor in all 120 Kentucky counties.

Here’s a look at each of the candidates in the non-partisan race in Kenton County:

Ante has been practicing law in Kentucky since 2011 and in Ohio since 2010. She graduated from Ursuline Academy high school in Blue Ash, Ohio, in 2002, from Northern Kentucky University in 2006, and from Chase Law School in 2010.

She said she is running for the judgeship because of her experience in family law.

“I’ve been extremely busy but I think I can help more people in that role,” she said.

She said, “I am determined, independent, compassionate, and a driven individual, eager to offer my talents to my clients and my community.” 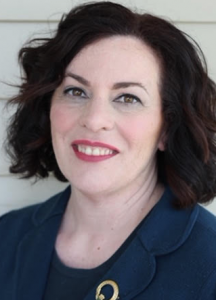 Upon graduation, she served as a staff attorney for the late Justice Donald C. Wintersheimer of the Kentucky Supreme Court. She is a member of Cincinnati, Northern Kentucky, Ohio State, and Kentucky bar associations, the Salmon P. Chase American Inns of Court, and Kentucky Academy of Trial Attorneys.

Her areas of practice are family law, estate planning, and probate. She currently sits on boards of Redwood and Notre Dame Urban Education Center and is a past board member of Diocesan Catholic Children’s Home and Family Nurturing Center.

Bloemer has written for the Northern Kentucky Law Review and Kentucky Children’s Rights Journal. She was an adjunct professor in legal writing at Chase Law School from 1995 to 1999 and at Thomas More College from 2000-01.

Bloemer said of her campaign, “Pursing this judgeship has special meaning to me. As a life-long native of Kenton County, I have a keen understanding of the issues facing its citizens. Kenton County needs a judge who has a serious interest in all family law matters.” 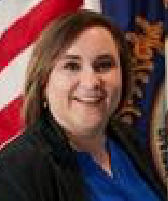 McNeese was graduated from Chase in 2010 and Tennessee Technological University in 2004. She is a member of the Northern Kentucky and Kentucky bar associations.

She works with family issues as an assistant county attorney.

McNeese said she worked in Family Court in McCracken County before she went to law school.

“Family Court is very important to me and I think I can contribute to it,” she said. “The caseload has been tremendous in Kenton County and I can start right in.” 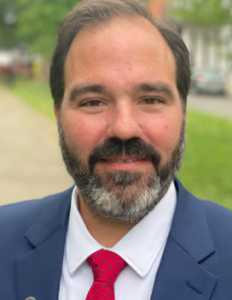 Rauf got his law degree from the University of Kentucky in 2008. He has a Master’s from the UK Martin School of Public Policy and Administration and a bachelor’s degree from UK in political science.

He is a 1999 graduate of Covington Latin School and continues to support and volunteer at the school.

Ruff said he is running for the Family Court judgeship because he knows its importance. He said two of his four children are adopted.

He also is a guardian ad litem (a person appointed by the court to represent the best interests of a child in legal proceedings), and parent advocate in Kenton Family Court’s dependency, neglect, and abuse cases. He was nominated last year by the Kenton County Judicial Nominating Committee to fill the vacancy in Kenton’s 5th division. 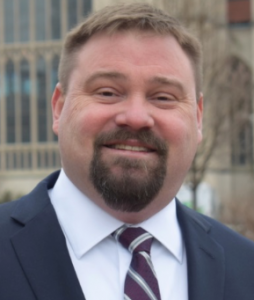 Roush received a degree in political science from the University of Kentucky and a Master’s in science in criminal justice at Eastern Kentucky University before earning a law degree in 2002 from Chase.

He also has taught business law at Thomas More College for 15 years.

Roush began his legal career as a public defender, primarily assigned to the juvenile docket defending children charge with public and status offenses.

He moved to the other side of the courtroom in 2004, working as the chief juvenile prosecutor in Kenton County.

In 2007, Roush was awarded the statewide Juvenile Justice Award by the Kentucky County Attorney’s Association.

That same year, he opened a private law practice in Covington and focused on family law.

“I know how the system works. I have the temperament and experience to do this job.”

Thu Jun 2 , 2022
In summary The year 2021 and early 2022 proved eventful for compliance and white-collar crime in France, especially for anti-bribery and compliance activity. Agencies are continuing to build on Sapin II by incrementally defining anti-corruption standards and stepping up their enforcement efforts on both the administrative and judicial fronts. Discussion […]