The boy, identified as Ezra Blount by his family, had been in a medically induced coma in an attempt to overcome brain, liver and kidney trauma, according to a statement from Crump.

“The Blount family tonight is grieving the incomprehensible loss of their precious young son. This should not have been the outcome of taking their son to a concert, what should have been a joyful celebration. Ezra’s death is absolutely heartbreaking. We are committed to seeking answers and justice for the Blount family. But tonight we stand in solidarity with the family, in grief, and in prayer,” the statement from Crump said.

Ezra was in Houston to see “his favorite artist” and attended the concert with his father Treston Blount, his grandfather Bernon Blount has told CNN.

Concertgoers were crushed, trampled and struggled to breathe as the packed crowd surged toward an outdoor stage when rapper and headliner Travis Scott started performing.

“When my son went to the concert, he had my grandson on his shoulder,” Blount said. “All the people pushed in, and he could not breathe so he ended up passing out because of all the pressure that was being applied to his body. And when he passed out, Ezra fell off his shoulder and fell into the crowd.”

When Blount’s son came to, Ezra had already been taken to Texas Children’s Hospital as a John Doe, he said.

“They did not know anything about him, his name or anything because he got separated from my son,” Bernon Blount said.

Ezra “had cardiac arrest which damaged his heart,” Blount said. The boy also had damage to his liver and lungs and had swelling in his brain, he said.

The family is “devastated because this was supposed to be a father-son outing for them to bond, and it has turned into something horrible and tragic,” Blount previously said.

Houston Mayor Sylvester Turner also offered his condolences and shared the news of Ezra’s passing on his Twitter account Sunday.

“I am saddened to learn of Ezra’s death this evening. Our city tonight prays for his mom, dad, grandparents, other family members and classmates at this time. They will need all of our support in the months and years to come. May God give them strength. RIP Ezra.”

Live Nation Entertainment, the concert promoter that organized the festival, expressed its sympathies.

“We are heartbroken by this news and our deepest sympathies go out to the family and friends,” the company said in an emailed statement.

Live Nation is one of the defendants in a lawsuit filed by the Blount family accusing the organizers of negligence. CNN has reached out to Travis Scott’s team for comment, as well as other defendants.

A spokesperson on behalf of the defendants associated with NRG Park said, “We are deeply saddened by the heartbreaking loss of life and pain experienced by all those impacted by this tragedy.”

CNN has also reached out to the Harris County medical examiner’s office and the Blount family.

Relatives who attended the festival with Bharti Shahani, the Astroworld victim who died Wednesday, described the experience as “horrifying.”

“I couldn’t move. I couldn’t breathe,” Shahani’s sister Namrata Shahani told CNN on Monday. “I felt I wouldn’t be able to make it out alive. Thankfully, somebody pulled me up and helped me out of there.”

The siblings’ cousin Mohit Bellani said the three were in the back area, not close to the stage. Unbeknownst to them at the time, they were “fenced in on three sides with barricades. But you couldn’t see the barricades since the crowd was, like, so dense.”

“And then the only entrance and exit was at one place that wasn’t barricaded,” Bellani said. “That became like a choke point as you had people inside that were panicking and freaking out.”

As some people were trying to get out, others were pushing in to get closer to the stage, he said.

Namrata Shahani remembered her 22-year-old sister as a caring person who “was the responsible one.”

“She was very caring, very compassionate, always trying to help people out, always helping me and my younger sister out,” she said.

Now, the family is focused on figuring out exactly what happened that night so that it won’t be repeated, Bellani said.

“No family should ever see what we’re having to see today, and they should never feel as broken as we feel like in this moment,” Namrata Shahani said.

Details emerge of an event in chaos

Additional information from fire and police officials at the festival reveal a situation that grew increasingly dangerous before and during Scott’s set. Ambulances transported a handful of injured concertgoers to the hospital that morning and afternoon, according to Houston Fire Department logs.

Shortly before 5 p.m. the Houston Police Department reported “dangerous crowd conditions” at one stage. Eight minutes before Scott took the stage at 9 p.m., more than 260 people had already been treated, according to the logs, which did not specify the type of treatment. And a 9:18 p.m. entry noted a “crush injury.”

Less than half an hour into Scott’s performance, the log states: “This is when it all got real.”

The audio included reports of breached barricades, people jumping gates, and breathing and cardiac problems, the newspaper reported. The radio chatter continued until 10:15 p.m., the Chronicle reported. CNN has reached out to the Houston Police Department for comment.

It is unclear what Scott saw from the stage and whether he was aware of the crowd conditions, but he continued to perform until about 10:10 p.m. That was after officials declared the concert a “mass casualty event,” according to Houston Fire Chief Samuel Peña last Saturday.

Scott did not know of the mass casualty declaration until the following morning, his lawyer said Friday.

Scott has said he was devastated by the tragedy, adding that he will cover all funeral costs for the victims as well as help fund mental health support for those affected.
A slew of lawsuits have been filed against Scott, the festival organizer and others involved by the families of the victims and the survivors. Crump, along with a coalition of Houston lawyers, announced Friday they represent more than 200 victims who attended the festival and have filed more than 90 lawsuits in Harris County Civil Court against promoter Live Nation and others involved in the fatal event.

Live Nation said November 6 it was “heartbroken” over Astroworld and is cooperating with authorities as they investigate why the event turned deadly. Last week, the company said it was “working on ways to support attendees, the families of victims, and staff” by providing mental health counseling and will help with hospital costs.

According to the president of the Houston Professional Fire Fighters Association, Patrick “Marty” Lancton, the Texas Task Force on Concert Safety that Gov. Greg Abbott announced last week has scheduled its first meeting for Wednesday morning.

The task force is led by the Texas Music Office Director Brendon Anthony and will include members of law enforcement associations, the Texas Department of Public Safety, the Texas Alcoholic Beverage Commission, and the Texas State Association of Fire Fighters, among others, according to a release from Abbott’s press office.

Lancton said he has been appointed to the task force to represent his association.

CNN has reached out to the governor’s press office, the Texas Department of Public Safety, and the Texas Music office for comment.

Mon Nov 22 , 2021
Sign up for The Brief, our daily newsletter that keeps readers up to speed on the most essential Texas news. Gov. Greg Abbott told the Texas Education Agency on Wednesday to investigate criminal activity related to “the availability of pornography” in public schools, saying that the agency should refer such […] 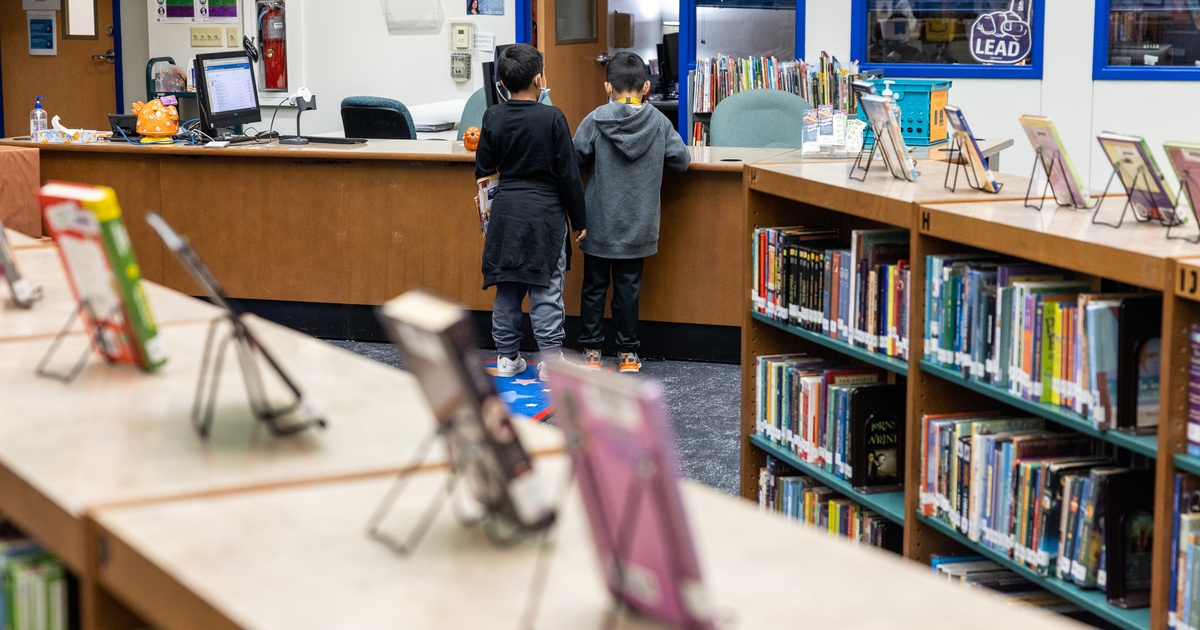