An Indiana senator is not looking to get rid of the use of turn signals.

The brief description of a bill filed to the General Assembly last week stoked the very confusion that the actual bill aims to eliminate. A portion of it reads, “repeals the statute requiring a signal of intention to turn before turning or changing lanes.”

How many feet do you have to signal to turn in Indiana?

Senate Bill 124, which will be heard in the Corrections and Criminal Law committee on Jan. 11, aims to strike the 200/300-foot statute.

“I don’t need two statutes to tell you to use a turn signal,” said Republican Sen. Aaron Freeman of Indianapolis, author of the bill, which also calls for drivers with suspended licenses to petition for specialized driving privileges in the court that suspended their license.

Not only are the two statutes duplicative, Freeman argues, but the 200-foot statute is exceedingly difficult to comply with in an urban setting, where roundabout exits or some turns on city blocks into parking lots may take place within a 200-foot span.

“Anyone who has ever operated a motor vehicle observes multiple violations of this statute each and every day,” Judge Paul Mathias wrote in an appellate court decision in 2020, State of Indiana v. Emmanuel Torres et al, which Freeman cited as his inspiration. “I respectfully request that our General Assembly review Section 9-21-8-25 and the traffic code in general to correct statutes where conforming conduct is often impossible. All Hoosiers will appreciate and benefit form a traffic code that reduces the opportunity for arbitrary enforcement.”

In that particular appeal, two defendants had been stopped by police in Frankfort for failing to use a turn signal, and subsequently charged with misdemeanors once police discovered each was driving without a license. The defendants filed a motion to suppress the evidence for the misdemeanors, arguing they didn’t violate a turn signal statute because their actions did not impact any pedestrians. But the appellate court invoked the 200-foot statute, saying that even if it’s difficult to comply with in certain areas, the letter of the law stands.

This specific statute is not one that comes up often by itself in traffic court. As in the Frankfort case, it’s usually tied to some other charge, like driving under the influence or driving with a suspended license, said Julie Chambers, a defense attorney who used to prosecute traffic court in Marion County.

This is called a “pre-textual” stop: a traffic stop police conduct with the aim of investigating a more serious crime.

Of the two turn signal statutes, she said she most often sees the 200-foot one show up.

“It’s an easy ticket to stop somebody for,” she said. “Anybody does this every day.”

This is why attorney Ben Stevenson, a former Hamilton County prosecutor, is in favor of the bill. He said he exclusively saw the 200-foot statute used as a basis to pull people over for minor drug charges.

What happens if you violate turn signal statutes?

Violations of either of the statutes result in two points on a driver’s license, plus fines and court fees usually amounting to $171 and not exceeding $500.

In 2020, according to the bill’s fiscal note, there were 2,500 citations in Indiana for improper signaling or failure to use a turn signal. This data from the Bureau of Motor Vehicles lumps together both statues.

In the grand scheme of the legal system, turn signal tickets are not something that cross the desk of attorney Christopher Grider, who helps clients with traffic-related legal problems.

“It raises the question, what’s the big deal?” he said. “I don’t have any idea why anybody would be motivated to change this law. It seems like a pretty insignificant law.”

The most common scenario he does come across that involves turn signal violations is in the case of a rear-end accident, which can happen when the car in front doesn’t signal.

Indiana State Police spokesperson John Perrine said ISP does not comment on proposed legislation before it becomes law. Indianapolis Metropolitan Police Department spokesperson William Young said he can’t speculate whether officers write up tickets using one statute more than the other, but said officers would comply with whatever outcome lawmakers decide.

There’s a tendency for rural counties to see more 8-25 tickets written, but again, with a few exceptions.

How officers use the statutes, Grider said, boils down to training.

“It depends on the officer or department,” he said.

Chambers doesn’t see a downside to the proposed repeal for either police or drivers.

“Anytime we can limit the number of interactions with police for community members, I’m in favor,” Chambers said. “I don’t think it’s a waste of time for a legislature to try to clarify or streamline our statutes.”

Tue Jan 11 , 2022
The face of data breach investigations is changing as companies weigh business factors outside of the traditional office of information security. Following a breach, for example, companies are no longer likely to make their first call to an incident response firm but rather to an outside attorney, a trend that […] 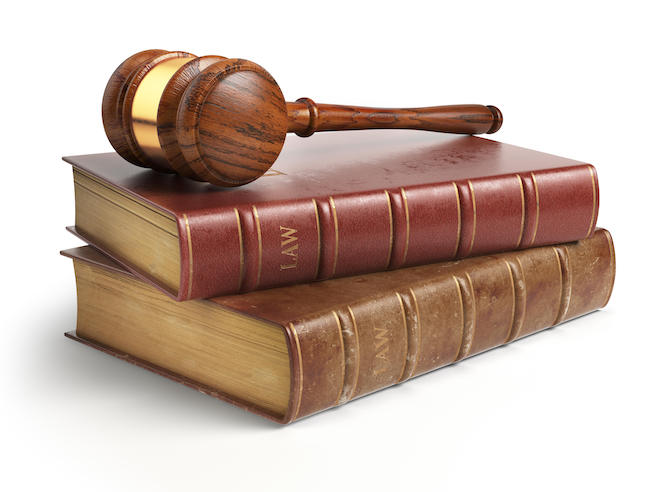