The United States has formally determined that violence committed against the Rohingya minority by Myanmar’s military amounts to genocide and crimes against humanity, US Secretary of State Antony Blinken has announced.

Blinken, speaking at the US Holocaust Memorial Museum in Washington, DC, on Monday, said “beyond the Holocaust, the United States has concluded that genocide was committed seven times.

“Today marks the eighth, because I’ve determined that members of the Burmese military committed genocide and crimes against humanity against Rohingya,” he said.

The statements came 14 months after Blinken took office and pledged to conduct a new review of the violence.

Myanmar’s armed forces launched a military operation in 2017 that forced at least 730,000 of the mainly Muslim Rohingya from their homes and into neighbouring Bangladesh, where they recounted killings, mass rape and arson. In 2021, Myanmar’s military seized power in a coup.

US officials and an outside law firm had previously gathered evidence in the wake of the attacks, in an effort to acknowledge quickly the seriousness of the atrocities, but then-Secretary of State Mike Pompeo declined to make a determination.

Blinken said the evidence showed “a clear intent behind these mass atrocities – the intent to destroy Rohingya, in whole or in part”.

He cited an array of testimony from Rohingya and Myanmar soldiers who had defected, as well as military officials’ social media postings and racial slurs yelled during the attacks.

While the announcement on Monday focused on the Rohingya, Blinken noted “it’s also important to recognise that for decades, the Burmese military has committed killings, rape and other atrocities against members of other ethnic and religious minority groups.”

Myanmar’s military did not immediately respond to Blinken’s statement. However, it has repeatedly denied committing genocide against the Rohingya, who are denied citizenship in Myanmar. It has maintained it was conducting an “operation against terrorists” during the 2017 violence.

A United Nations fact-finding mission concluded in 2018 that the military’s campaign included “genocidal acts”, but Washington referred at the time to the atrocities as “ethnic cleansing”, a term that has no legal definition under international criminal law.

“It’s really signalling to the world and especially to victims and survivors within the Rohingya community and more broadly that the United States recognises the gravity of what’s happening,” a State Department official said of Blinken’s announcement on Monday.

A genocide determination does not automatically unleash punitive US action.

The State Department has formally used the term to describe massacres in Bosnia and Herzegovina, Rwanda, Iraq and Darfur, the ISIL’s (ISIS) attacks on Yazidis and other minorities, and most recently, last year, over China’s treatment of Uighurs and other Muslims. China denies the genocide claims.

Blinken on Monday also announced $1m of additional funding for the Independent Investigative Mechanism for Myanmar (IIMM), a UN body based in Geneva that is gathering evidence for potential future prosecutions.

“It’s going to enhance our position as we try to build international support to try to prevent further atrocities and hold those accountable,” a US official told reporters before the announcement.

US Senator Jeff Merkley, a member of the Senate Foreign Relations Committee who led a congressional delegation to Myanmar and Bangladesh in 2017, welcomed the move.

“While this determination is long overdue, it is nevertheless a powerful and critically important step in holding this brutal regime to account,” Merkley said in a statement.

Speaking on Monday, Blinken also referenced the military’s removal of Aung San Suu Kyi, a democracy champion who became state counsellor of Myanmar after being released from military detention in 2016.

Election monitoring groups have found no evidence of mass fraud.

The armed forces crushed an uprising against their coup, killing more than 1,600 people and imprisoning nearly 10,000, including civilian leaders such as Aung San Suu Kyi, according to the Assistance Association for Political Prisoners (AAPP), a campaign group, and setting off an armed rebellion.

The figures from the AAPP could not be independently verified.

The military has said the group’s figures are exaggerated and that members of the security forces have also been killed in clashes with those opposing the coup.

“The military is targeting anyone it sees as opposing or undermining its repressive rule,” Blinken said.

In response to the coup, US and Western allies sanctioned the military and its business interests, but have been unable to convince the generals to restore civilian rule after they received military and diplomatic support from Russia and China.

Activists believe a clear statement by the US that genocide was committed could bolster ongoing efforts to hold the generals accountable, including a case in the International Court of Justice (ICJ) in which The Gambia has accused Myanmar of genocide, citing Myanmar’s atrocities against the Rohingya in Rakhine State.

Myanmar’s military has said The Gambia is acting as a proxy for others and had no legal standing to file a case.

The International Criminal Court (ICC), a separate court at The Hague, is also investigating the deportation of Rohingya from Myanmar, and the IIMM in Geneva is gathering evidence that could be used in future trials.

Myanmar opposes the investigations and has refused to cooperate, asserting the ICC does not have jurisdiction and that its decision to launch an inquiry was swayed by “charged narratives of harrowing personal tragedies which have nothing to do with the legal arguments in question”.

John Sifton, Asia advocacy director at Human Rights Watch, said Myanmar’s military has faced “few real consequences for its atrocities, whether against Rohingya or other ethnic minority groups in Myanmar”.

As well as imposing more economic sanctions on the military government, the US should press for a UN Security Council resolution that would refer the military’s alleged crimes to the ICC, Sifton said.

If Russia and China veto a resolution, as is likely, Washington should lead the action in the UN General Assembly, he said.

“Condemnations of Myanmar should be coupled with concrete actions,” he said.

Before Blinken made the decision this month, officials debated whether blaming Myanmar’s government – rather than specifically its military – for the atrocities could complicate US support for the country’s deposed democratic forces, a source familiar with the matter told Reuters news agency.

The State Department opted to pin the blame on the military, according to a state department senior department official.

“It’s not clear to what degree the civilian leadership had control over actions that were happening in Rakhine State and so that’s where the determination ends at this point,” the official told Reuters news agency.

Aung San Suu Kyi, who then shared power with the generals, travelled to the ICJ in 2019 to reject the genocide charges brought by The Gambia.

She said the country would itself prosecute any soldiers found to have committed abuses, but maintained the alleged violations did not rise to the level of genocide, for which the specific intent to destroy a group has to be proven.

When they seized power, the generals put Aung San Suu Kyi on trial in nearly a dozen cases that could see her sentenced to more than 100 years in prison. She remains in detention.

Thu Mar 24 , 2022
CLEVELAND (WJW)– Ohio Gov. Mike DeWine‘s signature on a bill that changes Ohio’s concealed carry law could also change the way traffic stops are conducted for everyone across the state. With the governor’s signature, there is no longer a requirement to have a license to carry a concealed weapon in […] 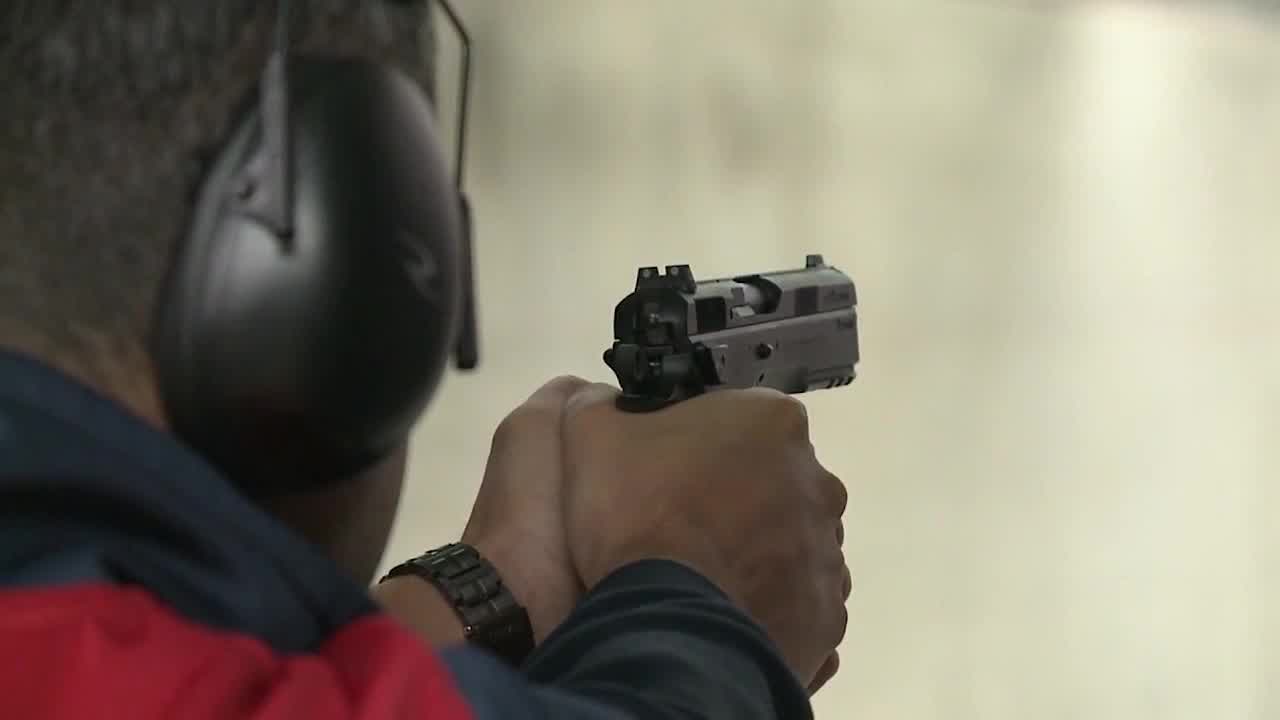