Q: Imagine it’s another slow drive home and, as usual, traffic is backed up and you’re waiting for your chance to swing into the left turn lane and (hopefully) leave the congestion behind. Other drivers are obviously thinking the same thing, except they’re whizzing past you, using that long two-way left turn lane as a passing lane to get up to the light. Should you swing over there, too? And how soon is too soon?

A: It’s hard to resist the lure of open pavement, isn’t it? You’re stuck waiting two minutes at a time for the light to change, moving forward 10 cars, and then waiting again, all while watching the scofflaws using the center turn lane to get ahead. Yes, those people whizzing past you using the two-way left turn lane as a passing lane are violating the law.

It’s an injustice, isn’t it? You’re being penalized (by giving up your time) while those other drivers are being rewarded with extra seconds to squander once they get home. OK, I’m making assumptions about how they’ll use their time. Let’s be real though; if you get home and spend five minutes mindlessly scrolling through social media (or the distraction of your choice) you’ve wasted more time than you could save on your commute by violating a traffic law. Now I’m getting off topic, but I feel the need to point out that we often have a sense of urgency while driving that is out of proportion with our actual timeframe to get where we’re going.

What’s the big deal about using that center lane to get ahead a bit? Who does it harm? The idea behind the two-way turn lane is to move mid-block left-turning drivers out of the primary driving lanes so they don’t create congestion while waiting for a gap in oncoming traffic to complete their turn. So then, the typical law-abiding behavior in the turn lane is slowing down and possibly stopping. Contrast that with the typical behavior of a driver misusing the lane and you immediately see the problem.

According to the law, two-way turn lanes are “set aside for use by vehicles making left turns in either direction from or into the roadway.” To those who respond, “Well, I’m turning eventually, so I’m going to get a head start by passing this row of cars,” the law has something to say to you, too: “A vehicle shall not be driven in this center lane for the purpose of overtaking or passing another vehicle proceeding in the same direction.”

If you were to type, “How soon is too soon…” into your favorite search engine, the internet would complete that question with, “to say I love you?” You’re welcome to test the answer to that question on your own. Regarding moving into the center turn lane though, the law makes clear how soon is too soon, limiting travel in that lane to three hundred feet. (Note that this is different than a dedicated left-turn lane at an intersection, where it’s fine to move into that lane as soon as it’s available). Three hundred feet is a long way if you’ve just been handed the ball at the one-yard line, but when you’re a car, three hundred feet is pretty short.

It’s not in the law, but here’s a practical approach to using two-way turn lanes: enter the lane when the next available left turn is the one you want to take. If moving into that lane gets you ahead of the cars you were just behind, you’re probably using it wrong.

Sat Jan 1 , 2022
In the months before former Minneapolis police officer Derek Chauvin’s murder trial for the killing of George Floyd, federal authorities warned local officials to beware of potential cyberattacks on government and court computer systems, and the possibility of white supremacist groups traveling to the Twin Cities area to incite racial […] 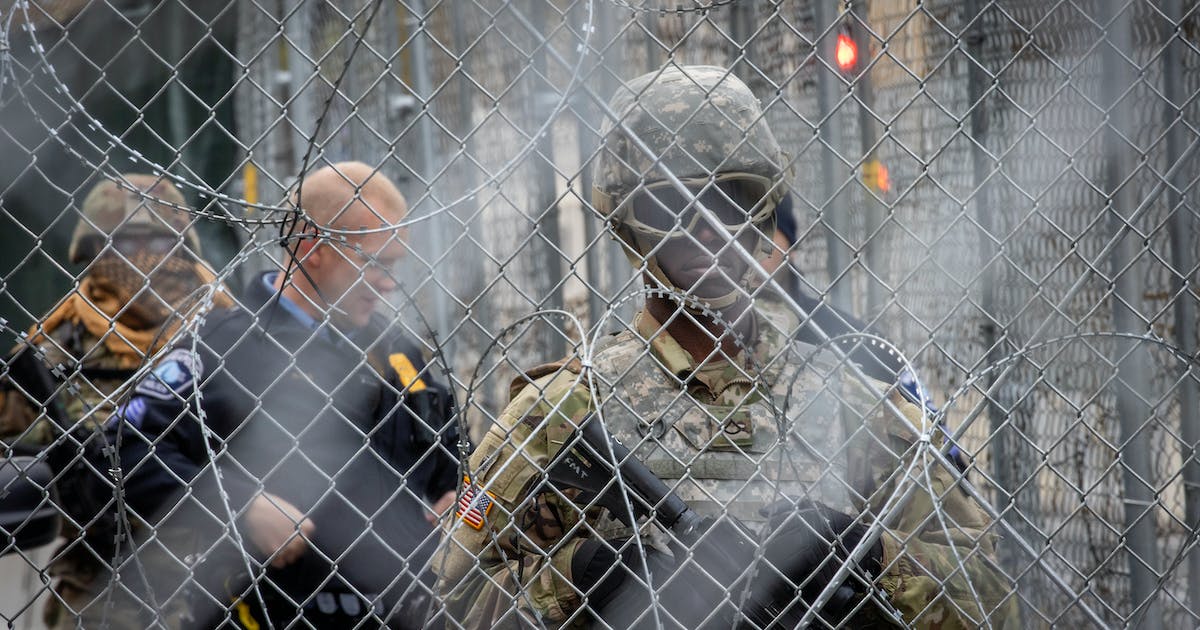