Tuesday, Zelenskyy accused Russia of engaging in terrorism, a day after Karim Khan, the prosecutor of the International Criminal Court, said he would open an investigation into potential war crimes.

Horrific images and reports of civilian deaths, as well as rocket strikes in residential areas of Kharkiv, Ukraine’s second-largest city, have raised questions about whether Russia has violated international laws and norms governing conflict.

“From an international law perspective, a war crime is any conduct – whether an act or an omission – that fulfills two cumulative criteria,” Dustin Lewis, research director for the Harvard Law School Program on International Law and Armed Conflict, told USA TODAY. “First, the conduct must be committed with a sufficient connection to an armed conflict. Second, the conduct must constitute a serious violation of the laws and customs of international humanitarian law that has been criminalized by international treaty or customary law.”

Ukraine petitioned the International Court of Justice on Saturday, saying Russia falsely manufactured claims of genocide within Ukraine’s Luhansk and Donetsk regions and was “planning acts of genocide in Ukraine.”

THE NEWS COMES TO YOU:  Get the latest updates on the situation in Ukraine. Sign up here

No single, globally accepted treaty lists all war crimes. A series of international statutes, conventions and norms have developed and identify a range of violations related to armed conflict that could be applicable in the crisis in Ukraine, experts told USA TODAY.

“Our understanding of what is allowed during conflict has evolved as societal standards changed and as international norms developed,” said Lisa Reinsberg, executive director of the International Justice Resource Center, a human rights nonprofit. “The concept of war crimes now covers more situations, types of harm and types of perpetrators than the first attempts to regulate armed conflict.”

What is the definition of a war crime?

The United Nations Office on Genocide Prevention and the Responsibility to Protect differentiates war crimes from genocide and crimes against humanity.

The same act could be considered a war crime, a crime against humanity or genocide, based on the circumstances under which it occurs, but “each of these crimes has a separate definition and distinct requirements,” Reinsberg said.

Among the international agreements that govern wartime acts are The Hague Conventions, Geneva Conventions and Rome Statute. There are also customary laws, or norms, that help determine what constitutes a war crime, Reinsberg said.

The Hague Conventions generally concern the methods of warfare between combatants. The Geneva Conventions concern the treatment of civilians, the wounded and prisoners of war.

Not every violation of these treaties is a war crime, said Tom Dannenbaum, assistant professor of international law at the Fletcher School at Tufts University, but “grave breaches” of the treaties are war crimes, he said.

MORE:Russia has been accused of using ‘vacuum bombs’ in Ukraine. What are those?

The Rome Statute of the International Criminal Court has an extensive list of war crimes and is based on the Geneva Conventions and customary laws, Reinsberg said.

The statute defines war crimes as “grave breaches” of the Geneva Conventions, “namely, any of the following acts against persons or property protected under the provisions of the relevant Geneva Convention:

iv. Extensive destruction and appropriation of property, not justified by military necessity and carried out unlawfully and wantonly;

v. Compelling a prisoner of war or other protected person to serve in the forces of a hostile Power;

vi. Wilfully depriving a prisoner of war or other protected person of the rights of fair and regular trial;

Other “serious violations of the laws and customs” during international conflict, including the intentional targeting of civilians, are defined as war crimes under the Rome Statute.

The statute lists “crimes against humanity,” which include murder, rape, torture and enslavement, among other offenses “committed as part of a widespread or systematic attack directed against any civilian population, with knowledge of the attack.”

Though genocide and crimes against humanity can occur during peace time, war crimes can occur only during an armed conflict, Dannenbaum said. The crime of aggression – waging war without legal basis – is an international crime but rarely prosecuted relative to war crimes, he said.

Ukraine and Russia are not parties to the Rome Statute, although Ukraine has acknowledged the International Criminal Court’s jurisdiction.

In its petition Saturday to the International Court of Justice, Ukraine cited violations of the 1948 Convention on the Prevention and Punishment of the Crime of Genocide.

Ukraine and Russia are parties to the Genocide Convention, which states:

In the present Convention, genocide means any of the following acts committed with intent to destroy, in whole or in part, a national, ethnical, racial or religious group, as such:

(a) Killing members of the group;

(b) Causing serious bodily or mental harm to members of the group;

(c) Deliberately inflicting on the group conditions of life calculated to bring about its physical destruction in whole or in part;

(d) Imposing measures intended to prevent births within the group;

(e) Forcibly transferring children of the group to another group.

Both intent and the actual act constitute a violation of the Genocide Convention, according to the U.N. Office on Genocide Prevention and the Responsibility to Protect, and the general public’s understanding of genocide is typically broader than how the international law defines it.

What happens if a war crime is committed?

Countries may have their own laws or rules that govern their militaries’ conduct and that allow them to prosecute war crimes, and internationally, a range of courts have the authority to prosecute individuals for war crimes, Reinsberg said.

The International Criminal Court can prosecute individuals in countries that are parties to the Rome Statute or accept the jurisdiction of the court, or when the U.N. Security Council refers a situation to the court.

Ukraine has twice accepted the court’s authority to investigate potential crimes, the latest on an ongoing basis from February 2014. Because of that, the investigation that prosecutor Karim Khan announced Monday can include alleged war crimes within Ukraine, but the court cannot investigate whether Russia’s invasion in general is a crime of aggression, Khan said. The court’s authority to investigate aggression is limited to states party to the Rome Statute and U.N. Security Council referrals.

In the International Criminal Court, a prosecutor conducts investigations, and if a case goes to trial, three judges weigh evidence.

If convicted, a person can be sentenced to prison and serve time within a country that agreed to enforce the sentence.

The International Court of Justice, with which Ukraine filed its petition Saturday, is the judicial arm of the United Nations. It handles disputes between U.N. member states and breaches of international law.

U.N. member states can bring claims of treaty violations against others to the International Court of Justice when those treaties stipulate that the court is the appropriate venue to settle the breaches, the court said.

The court has 15 judges elected to nine-year terms by the U.N. General Assembly and the Security Council. Countries can request a judge ad hoc if no judge of their nationality sits on the court, as Ukraine did in its petition.

Another way war crimes can be prosecuted is when countries exercise what’s known as “universal jurisdiction.” In these cases, a national court prosecutes a case, even if its citizens or territory weren’t involved, for the sake of the international community or order, according to the International Justice Resource Center. Argentina exercised this authority to investigate possible acts of genocide against the Rohingya, a Muslim community in Myanmar, Reinsberg said.

In “hybrid” courts, national and international laws or judges work together to prosecute crimes for specific situations, Reinsberg said, as was the case of the Khmer Rouge Tribunal stemming from the Cambodian genocide in the 1970s.

International tribunals after conflicts have also been used. After World War II, the Nuremberg trials held members of Nazi Germany responsible for the Holocaust and other war crimes, and a similar tribunal was held to prosecute Japanese leaders. Several high-ranking German and Japanese military and political leaders were convicted and imprisoned or hanged. The lack of prosecution of potential Allied war crimes raised objections, Dannenbaum said.

What about the US and war crimes?

Members of the U.S. military must abide by the Uniform Code of Military Justice, and the War Crimes Act of 1996 prohibits grave breaches of the Geneva Conventions.

The U.S. military system of justice handled prosecutions after the Mỹ Lai massacre in Vietnam and Abu Ghraib prison torture in Iraq.

Fri Mar 4 , 2022
💌 Love Philly? Sign up for the free Billy Penn newsletter to get everything you need to know about Philadelphia, every day. Drivers in Philadelphia can no longer get stopped for minor infractions like a missing brake light or an expired inspection, thanks to a new law taking effect today. […] 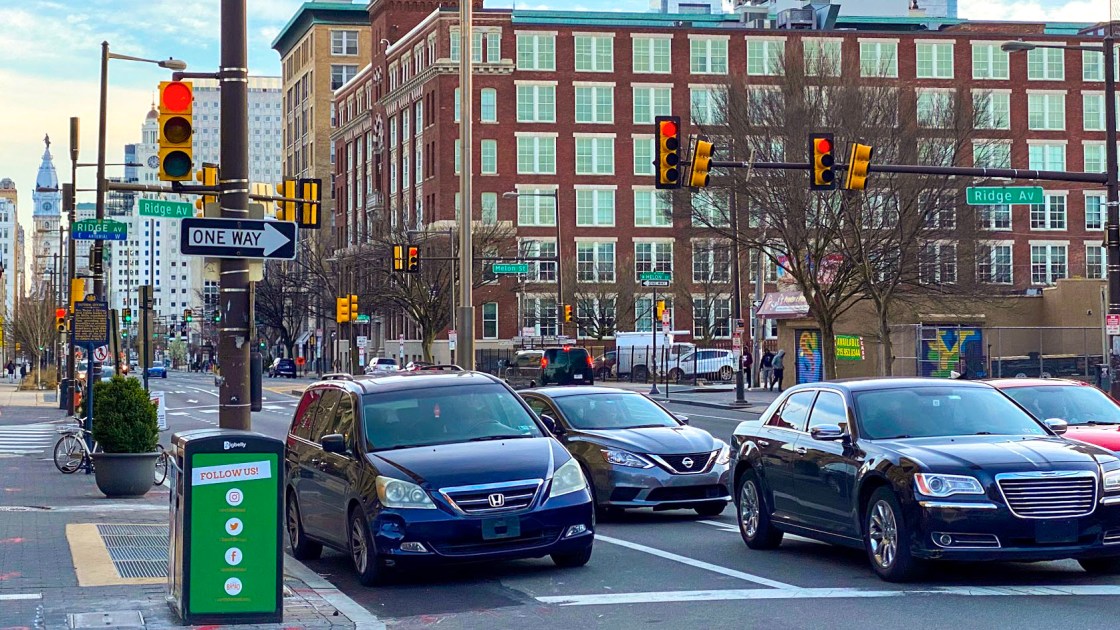