But what does this law actually mean for the almost 120 million women and girls in the deeply religious country?

The Southeast Asian nation has long considered the issue of violence against women and sexual violence to be a deeply private matter. Conservative views and reluctance from lawmakers on these issues abound, while deficient existing criminal codes and limited scope and knowledge from judges, police, and authorities mean survivors have long struggled to access justice.

Below, we explore what the law means for women’s empowerment and why activists feel the tide may finally have turned.

What Is the Sexual Violence Crimes Law?

Critically, the law expands the definition of rape to include rape between a married couple, and states that police, prosecutors and judges must place the victim at the center of each case. In addition, those who handle the cases must now also complete specialized gender training, and survivors must have access to restitution and counseling.

The law includes an array of prison lengths, including nine years for forced marriage and 15 years for exploitation.

Over the past few years, Indonesia has been bombarded with reports of sexual violence in schools and college campuses. The nation’s Commission on Violence Against Women — the group that first proposed the law — revealed that last year saw a 50% increase in gender-based violence claims, Time magazine first reported.

The commission similarly revealed that, like many nations around the world, the COVID-19 pandemic saw gender-based violence increase in Indonesia. Over 4,000 complaints were recorded in October 2021, against under 2,500 across all of 2020.

While not officially linked, Indonesian gender activists say growing anger over a recent high-profile case against Herry Wirawan may have finally spurred reluctant lawmakers to push forward the long-awaited bill, which had been drafted and sitting idle since 2016. Wirawan, a school teacher, was sentenced to death on April 4 after being convicted of raping 13 students, impregnating at least eight.

How Will the Law Protect Women and Girls?

Women and girls who report cases of sexual violence to the police will be the key winners under the new law. Feminist groups hope, however, that all women and girls will benefit, as the overarching law trickles down to spur all facets of society — like schools and workplaces — to take further action to protect vulnerable groups.

What Do Advocates and Activists Want Now?

Others, like Asfinawati Ajub, who works for the Indonesian Legal Aid Foundation, say that while the law is “surely a step forward,” she’ll specifically now be working to ensure the bill’s definition of rape and remarks on coerced abortions are made clearer.

Spreading the word about the law and the protection it can offer will also be critical, activists state.

What Action Can We All Take?

Supporting organizations working to end sexual violence is a wonderful way to take action every day. Some incredible local Indonesian organizations to follow are Jakarta Feminist, Serikat Buruh Migran, LP2M, and LBH Apik. Talking to your friends and family about gender inequality is another great way to be active in this space.

You can also take action with Global Citizen to empower women and girls all over the world. You can sign petitions to call on world leaders to achieve gender equality on our platform and take quizzes to learn more about the many ways gender-based violence can play out.

Wed May 4 , 2022
NEW DELHI : All Indian companies must report any form of a cybersecurity incident to the Indian Computer Emergency Response Team (Cert-In) within six hours of detection, the government said on Thursday, setting a deadline for reporting such events for the first time. The ministry of electronics and information technology […] 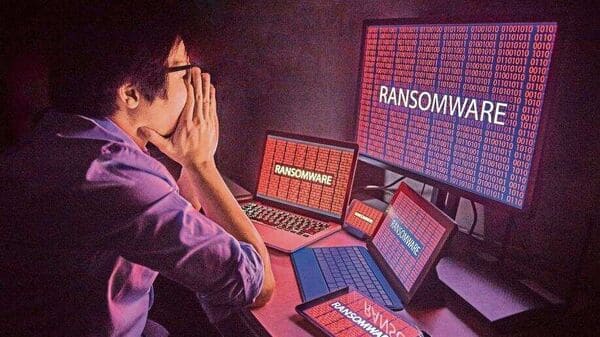