In recent years, the city of Chicago has officially apologized for this pattern of abuse, acknowledging that it was torture, and compensated dozens of survivors for their treatment. But the United States lacks criminal laws that can be used to effectively prosecute torture. And that means that while Chicago has been forced to compensate victims in civil actions, no individual Chicago police detective has ever been held criminally accountable for the torture — and it is unlikely that any ever will be.

Since World War II, countries have agreed to a number of international treaties that codify a set of actions as violations of human rights deemed so egregious as to “shock the conscience of humanity” and compel international cooperation to combat them. These include torture, war crimes, genocide and crimes against humanity, and most countries have ratified most of these treaties.

In keeping with its treaty commitments, the United States has passed federal criminal legislation allowing it to prosecute some international crimes, such as war crimes and genocide. But the U.S. government has not criminalized acts of torture committed in the United States — even though the United States has been a party to the Convention against Torture, an international treaty that defines torture and obligates state parties to criminalize it, since 1994. The current U.S. criminal statute for torture applies only to conduct that occurs abroad.

The consequences of not criminalizing torture

Criminalizing human rights violations in national law makes it easier to prosecute abuses committed or directed by government officials, including police officers, immigration agents or even political leaders, my research finds. In theory, countries may prosecute torture using ordinary criminal statutes, such as those for assault, that cover similar conduct. But legal loopholes make that hard.

For example, criminal statutes for assault may fail to cover some common torture techniques, such as deprivation of food or sleep. The Convention against Torture contains a relatively precise definition of torture that is meant to close such loopholes. Most countries that have criminalized torture base their national laws on that definition.

When Illinois prosecutors looked into prosecuting Chicago police detectives for torture years after the abuses occurred, they found that without a state torture law, the three-year statutes of limitations for the relevant ordinary offenses under Illinois law had run out. Likewise, the statute of limitations for relevant offenses at the federal level is five years. Presumably, if Congress and the president had enacted domestic torture legislation, it would have included a much longer or even no statute of limitations, as with other federal offenses that the government deems the most serious, such as terrorism or sexual abuse.

Codifying special categories of crime can also help deter such crimes. Research suggests that by raising the perceived likelihood of successful prosecutions, explicit criminalization can persuade some would-be perpetrators that violations are not worth the potential costs.

Recognizing these special categories of offense and clarifying their scope can also alter the perceptions of individual police officers, victims and members of the public about the moral or legal acceptability of conduct, such as coercive interrogations, that they may have previously considered routine or as not quite torture.

Finally, explicitly criminalizing an offense such as torture creates a bureaucratic basis for collecting and analyzing data about it. Criminal laws against hate crimes and femicide offer examples of how criminalization improves policymakers’ ability to study a problem.

Perpetrators of other international crimes are also off the hook

The United States also lacks a federal statute criminalizing crimes against humanity, a category of offense that refers to specific acts of violence or persecution committed against civilians as part of a “state or organizational policy.” The allied victors of World War II — the United States, Britain, France, and the Soviet Union — first used the concept after the war to prosecute Nazi leaders at Nuremberg.

Some legal scholars, including the last surviving Nuremberg prosecutor, have argued that the Trump administration’s family separation policy could have constituted a crime against humanity, since it appears that executive officials, as a matter of policy, knowingly and intentionally inflicted severe psychological trauma on children to deter future unauthorized migration. The absence of a U.S. law that would explicitly apply criminal liability to acts of official policy makes it more difficult to hold such officials accountable, since existing legal doctrines establish a high threshold for criminal liability of policymakers for official acts.

Many call on the United States to fill these legal gaps

Last year, the American Bar Association passed a resolution calling for U.S. legislation to fill these gaps. One lawmaker from Chicago, Rep. Danny K. Davis (D-Ill.), has introduced legislation to criminalize torture as defined in international law. Sen. Richard J. Durbin (D-Ill.), the chair of the Senate Judiciary Committee, has for years sought to pass the Crimes against Humanity Act, which would incorporate the offense into U.S. federal law.

Neither chamber of Congress has ever advanced such measures to a floor vote. Adopting such legislation probably would increase the United States’ ability to prevent and prosecute human rights violations.

Sun Feb 27 , 2022
The union that represents Philadelphia police has sued the city, saying a new law that bans officers from pulling over drivers for minor traffic infractions violates state law and adversely affects public safety. The suit, filed Tuesday in the Court of Common Pleas, asks a judge to deem the ordinance […] 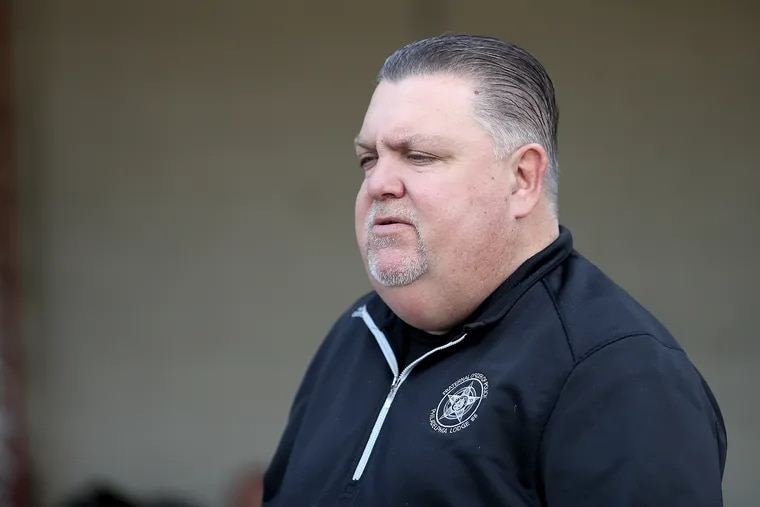