An unobtrusive camera catches 435 speeding drivers every weekday in the Soundview neighborhood in the Bronx.

It is one of New York City’s newest and busiest traffic cameras, issuing $50 tickets to anyone who ignores the 25 miles per hour speed limit near a school. And it plays a vital role in the city’s battle against a pandemic surge in speeding and reckless driving that has led to the highest level of traffic deaths in eight years.

But the camera has to be shut off from 10 p.m. to 6 a.m. and on weekends because of a state law that was passed 150 miles away in Albany — even though nearly 60 percent of the fatal crashes across the city during the pandemic happened during those hours. The law links camera use to school hours.

“Speeding takes place 24 hours a day in the city, but our cameras go to sleep from 10 to 6 and take the weekends off,” said Danny Harris, the executive director of Transportation Alternatives, an advocacy group.

So far this year, as of May 12, 80 people — including 37 pedestrians and 28 drivers and passengers — have been killed in crashes across the city, a 14 percent increase from the same period last year.

Albany has long wielded control over many policies that affect the lives of New York City’s nearly 9 million residents, from a ban on single-use plastic bags at grocery and retail stores to a congestion fee for drivers in the busiest parts of Manhattan. Its long reach is rooted in the New York State Constitution, which the courts have interpreted to give the state a lot of authority over local governments.

“In every state, cities are creatures of state law,” explained Noah Kazis, a legal researcher who studies transportation issues. “Cities have only the powers that states give them. And Albany can be quite stingy with those powers when it wants to be.”

Mayor Eric Adams and Ydanis Rodriguez, the transportation commissioner, have sought to wrest control of the city’s network of nearly 2,000 speed cameras and other key traffic enforcement powers, including setting citywide speed limits, away from state lawmakers in recent weeks.

The city’s push for local control — known as “home rule” in legislative parlance — has the support of Gov. Kathy Hochul, who said recently at a transportation conference, “I think that the state has way too much power over some of these decisions.”

But as the current Albany session is set to wind down by June 2, these traffic enforcement powers in New York City remain firmly in the grip of the state. Mr. Adams, who has visited the State Capitol twice this year to discuss the city’s priorities with lawmakers, has come under criticism by some who have described his lobbying efforts in Albany as scattershot.

Political aides and lobbyists have termed the city’s effort to regain home rule as sporadic, disorganized and last-minute. A bill on the matter had yet to be introduced as of this week, though city officials said they had suggested bill language.

Assemblyman William Magnarelli, a Democrat from Syracuse who serves as the chair of the Assembly’s Transportation Committee, said that he told city officials that he needed a bill to review before going any further. “We will take a good look at everything and go from there,” he said.

Though state legislators have occasionally handed over power to the city — notably granting mayoral control of public schools to Michael R. Bloomberg in 2002 — “it doesn’t happen all the time,” said Clayton P. Gillette, a professor at New York University School of Law. “The Legislature likes to maintain its prerogative.”

Instead, state legislators have often used their power over the city as a bargaining chip in negotiations, including to get concessions on unrelated issues. Even mayoral control of schools has come with strings: City officials still have to lobby periodically to get it renewed, as they must do this year before it expires on June 30.

“It is part of the dysfunction in our state government and counterproductive and damaging for New York City,” said Rachael Fauss, a senior research analyst at Reinvent Albany, a watchdog group.

New York City still has a lot of say, of course, over its more than 6,000 miles of streets. It’s the city that decides where to put in traffic lights, bus and bike lanes and parking, said Samuel I. Schwartz, a former city traffic commissioner. “The city sets the rules for about 95 percent of what a motorist encounters,” he said.

But as the city has increasingly relied on cameras to enforce speed limits, especially during the pandemic, a state-authorized but city-operated camera program that started in 20 school zones in 2013 has expanded to 750 school zones, effectively blanketing the five boroughs.

By having control over these cameras, city officials contend that they will be able to make changes quickly to respond to the traffic crisis.

Research studies have shown that well-designed camera programs can deter drivers from running red lights, reduce speeding by up to 65 percent and help prevent up to 44 percent of serious crashes, according to an analysis by the National Association of City Transportation Officials.

In New York, one indicator that speed cameras are working is that tickets drop off significantly after the first year, city officials said. For instance, a camera installed in 2020 in the West Village in Manhattan now issues about 33 tickets a day compared with more than 300 tickets a day during its first month.

But the speed cameras have been criticized by some drivers and elected officials who say that the program has become a way to fill the city’s coffers and argue that there are other ways to slow traffic that are less punitive, like speed bumps and warning signs.

“It’s so easy to go over 25 m.p.h. that it just becomes a revenue grab,” said Assemblyman David I. Weprin, a Queens Democrat who has received dozens of complaints from drivers. “It has become a gotcha issue.”

In 2018, the speed cameras went dark briefly after the program became entangled in partisan politics, and the State Senate, which was Republican-led at the time, refused to renew it. Then Gov. Andrew M. Cuomo stepped in with an executive order to reactivate the cameras.

The city’s increasing reliance on speed cameras has also drawn scrutiny from the New York City Council, which has not taken a position on whether to support the home-rule effort.

City Council Speaker Adrienne Adams, a Democrat from Queens, said that she was concerned that residents were more likely to get tickets in neighborhoods where there has been a historic lack of investment in redesigning streets with speed bumps and other measures that make it harder to speed. “I have serious concerns about the singular reliance on this punitive enforcement,” she said.

Vehicles registered to several current and former Council members have also been ticketed by the speed cameras, one more than 20 times, according to local media reports.

Ms. Adams has suggested improvements to the camera program, including getting more community input about where cameras are placed and using the money from tickets to pay for street safety improvements in the neighborhoods where the cameras are.

As it has become clear the city will not succeed in winning broad traffic enforcement powers in this session, there is now a renewed focus on expanding the speed camera program, which expires in July. City officials are seeking state approval to operate the cameras continuously, place them outside of school zones and set escalating penalties for repeat violations.

The City Council is working with the Adams administration and the State Legislature on bills to extend the speed cameras, a Council spokesman said.

The City Council is working with the Adams administration and the State Legislature on bills to extend the speed cameras, a Council spokesman said. [May 20, 2022: After this article was published, the State Legislature late Thursday night reached a tentative agreement to extend the speed camera program in the city for three years and to keep the cameras on 24 hours a day, seven days a week, pending a vote and official support from the City Council.]

City Hall is also seeking to extend and expand the red-light camera program, which expires in 2024, by another five years, and to introduce a pilot camera program to catch drivers who block or speed in bike lanes.

“If we got local control, we would do all of these things,” said Meera Joshi, deputy mayor for operations.

Senator Andrew Gounardes, a Brooklyn Democrat who supports the city’s efforts, said that he has made clear to fellow lawmakers that these changes are critical to improve traffic safety.

“These are things we want to fix in the speed camera program while we make the broader case for home rule,” he said.

Sat May 21 , 2022
Summary: CyFrica 2022, a two-day cybersecurity conference, will acknowledge the burgeoning state of Africa’s mutli-billion-dollar cybersecurity market, all the while facilitating collaboration between the seeking organizations and the top security providers from the industry. Nairobi: As the pursuit for a robust African cybersecurity landscape gathers momentum, Tradepass has taken the […] 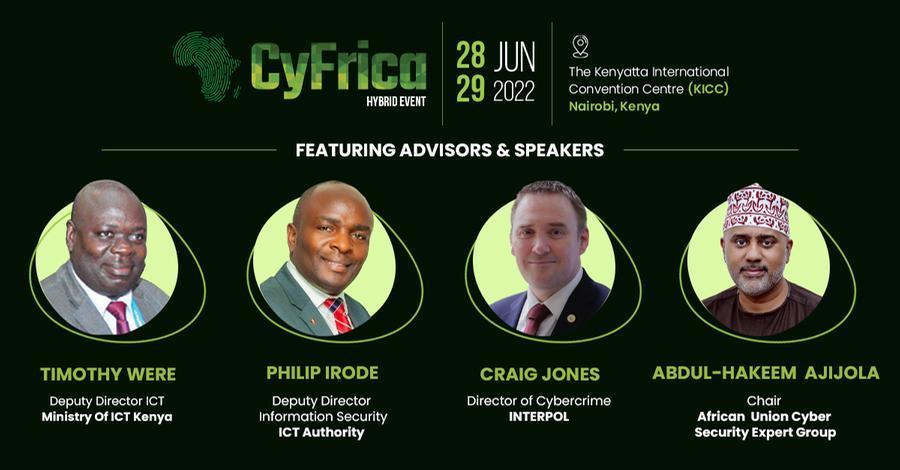