This report is part of ongoing coverage of the Russia-Ukraine war. Visit our dedicated page for more on this topic.

Germany and Spain have opened investigations into suspected Russian war crimes in Ukraine. The U.S. Embassy in Kyiv said that Moscow committed a war crime by attacking a nuclear power plant in Ukraine—“Putin’s shelling of Europe’s largest nuclear plant takes his reign of terror one step further,” the embassy tweeted.

What constitutes a war crime? And how does it differ from genocide, crimes against humanity, or the crime of aggression, the four legal buckets that fall within the jurisdiction of the International Criminal Court in The Hague in the Netherlands?

The International Criminal Court in The Hague tries individuals, not states. So Russia would not be a defendant, but Vladimir Putin could be, says Alexandra Meise, associate teaching professor in the School of Law. Photo by Matthew Modoono/Northeastern University

As a law student, Meise spent a summer working for the Serious Crimes Unit of the Office of the Prosecutor General of Timor Leste, as part of the Special Panels for Serious Crimes created by the United Nations Transitional Administration in East Timor. The panels were established to try cases of serious criminal offenses during the 1999 referendum process by which East Timor gained independence from Indonesia.

An accurate death toll in Ukraine has been hard to come by, but at least 364 Ukrainians have died since the start of the Russian invasion, and at least 759 have been injured, according to the United Nations. The actual toll is believed to be considerably higher.

The ICC’s chief prosecutor, Karim Khan, also has announced a probe into possible war crimes in Ukraine. Northeastern’s Meise points out, however, that international criminal law has its limits.

So how are strongmen brought to justice? How does the international legal process work? And what charges could Russia’s top leaders face?

[email protected] sat down with Meise to get a better understanding. Her comments were edited for brevity and clarity.

Let’s get right to it. Do you think Putin will be indicted, and what could the charges be?

This is a complex question. Even if there were to be charges, how would you get Putin to face them in person? The ICC doesn’t try people in absentia. They have to come before the court in person. That’s been a struggle for the ICC over time.

People complain that there have only been a few dozen cases before the ICC. There are indictments that have been pending for a very long time and the cases have not gone forward because there hasn’t been a physical presence of the individual for trial. That’s similar to the United States in the sense that we don’t initiate trials in absentia for crimes.

The ICC tries individuals. It does not try states. For instance, in the current conflict, Russia would not be a defendant, but Vladimir Putin could be a defendant.

Practically speaking, in order for Putin and other senior leadership to face any kind of charge, there would have to be regime change in Russia. If there were to be charges, and if Putin remains head of state, it becomes very complicated, as we’ve seen with other heads of state who have been indicted and then not brought to bear before the ICC for years because they take steps to avoid physical presence before the court. The most prominent example of this is the former president of Sudan, Omar Al Bashir.

I would say as of now, war-crimes charges related to the inappropriate targeting of civilians are certainly on the list for consideration.

If Putin were convicted, where would he be imprisoned?

Looking at others who have been tried and convicted by the ICC or other international tribunals, there is a detention facility in The Hague for those whose cases are pending. But once individuals are convicted, they are transferred to a facility in the “State of enforcement,” which can be their home country or another country that agrees to [accept them]. For example, Radovan Karadzic, whom the International Tribunal for the Former Yugoslavia convicted for the genocide of Bosniaks from Srebrenica, is serving his sentence in the United Kingdom.

Would a trial look like something out of “Law and Order”?

In the “Law and Order” version of crimes in the U.S., the police investigate the crimes and the district attorneys prosecute the alleged offenders. In many other countries, that is not the case. The umbrella of the prosecutor’s office also covers investigators, and that approach is what we see at the ICC. So, within that office of the chief prosecutor, there is the Investigation Division and individuals who investigate. That concept is one of the biggest differences between an ICC trial and an American trial. For those of us from the U.S. perspective, we may find that unusual.

What does the law say about targeting civilians? The image of the Ukrainian family killed while fleeing left people shaken.

I say normally because the status of a place can change. Just because a building says “school” on the outside doesn’t mean it has some magic layer of protection. So, if it’s being used as a school, but then you make and store Molotov cocktails or IEDs inside of it as part of your combatant military operations, you’ve changed a civilian school building into a combatant site. Combatant sites can be targeted, subject to the law of armed conflict.

Potential violations of the international humanitarian law principle of distinction (that you’re supposed to target combatants and not target noncombatants) is what has experts, in the context of war crimes, very concerned in Ukraine right now.

Is there something you’ve seen or heard that bothers you about the coverage of the war so far?

The ICC’s definition of genocide is very particular, and I find that people are using that word too lightly. Genocide is characterized by the specific intent to destroy, in whole or in part, a national, ethnic, racial, or religious group by killing its members or by other means. The word is often misused.

It’s also really important to remember—not just for this conflict but conflicts in general—that the acts of government leaders are not necessarily the acts of the people. And we see not just in this context, but in so many other contexts, a blaming of an entire nation of people or ethnic group for the acts of their leaders—even leaders they did not choose.

What is happening in Ukraine is at the direction of President Vladimir Putin and certain high members of leadership, and there are many individual Russians who do not agree with this. There have been significant protests in Russia against this invasion. The personal risk that Russians are taking by having those protests is inspirational and quite astounding. Images of 80-year-old grandmothers being arrested for protesting are circulating around the world. These are people who are putting their lives at risk to protest their own government and what it’s doing.

It’s essential not to just say “the Russians” did this. It is Vladimir Putin and the Russian leadership who are directing what’s going on.

Why is it that some strongmen such as Yugoslavia’s Slobodan Milosevic are held to account for their actions, but others, such as Syria’s Assad, are not?

Justice is not perfect, and international justice is not immune from that. It’s not a perfect system. I think it was Winston Churchill who said something to the effect of democracy is the worst form of government, except for all the rest. And I would challenge folks to propose an alternative system to this one, for all of its flaws.

[In the months after World War II, when the British people voted him out as prime minister, Churchill’s actual quote was: “Democracy is the worst form of government—except for all the others that have been tried.”]

How would a Ukraine probe differ from others that have come before the ICC?

The use of technology in war-crimes investigations has really been evolving, particularly in the last 10 years, as cell phones have become ubiquitous. We have seen, for example, in Myanmar, the use of cell phones to document heinous acts and then how the phones and the footage have been smuggled out. Those videos and images have been used to help investigators because they are unable to go in-person to the site of the alleged crimes.

But the Ukraine images are being collected in real time and sometimes transmitted in real time. And so we have a situation where there is a wealth of information, but we also have that at a time when there are concerns about fake news, and people wondering if video is real.

All of the evidence has to be sifted through, validated, and authenticated. So it’s very fast-paced in a way that we haven’t seen in the past.

Will Putin face war crimes charges? Here’s how the legal process may play out.

Sat Mar 19 , 2022
Governor Kathy Hochul today announced that state and local law enforcement agencies across New York will be stepping up patrols and targeting impaired driving before, during and after St. Patrick’s Day. The enforcement campaign will run from Wednesday, March 16, 2022, through Sunday, March 20, 2022. This safety initiative is […] 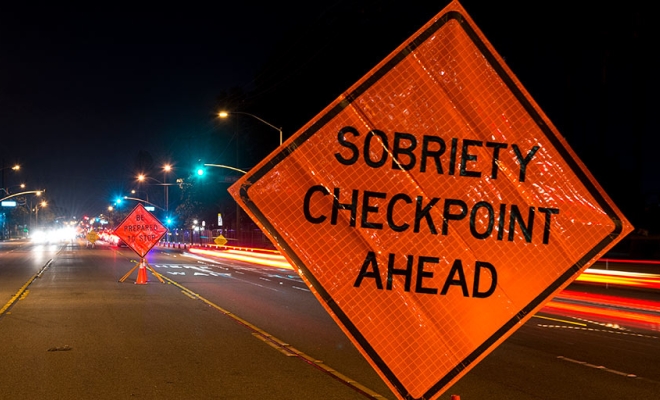