More than 55 projects to begin or continue in six counties

Wolf Administration officials today highlighted more than 55 projects anticipated to be under construction this year across the six-county region and discussed the federal Bipartisan Infrastructure Law (BIL) benefits to regional roads and bridges.

“I am pleased to announce the many improvements across our rural communities that will be made this year,” said Gov. ​Tom Wolf. “These needed improvements on our rural networks are vital to our economy and our quality of life.”

Pennsylvania Department of Transportation (PennDOT) Annual Transportation Outreach sessions began in-person and virtually today in Bedford and Fulton counties, and sessions will be held in District 9’s other four counties in the coming weeks. PennDOT representatives meet with area stakeholders during the outreach presentations to discuss improvements that will be made during the upcoming construction season and in future seasons.

These improvements include projects supported and accelerated by the BIL. In 2022 alone, the BIL is bringing over $21.4 million in additional funding to the District 9 region to be allocated by the department and its local Metropolitan and Rural Planning Organization (MPO/RPO) partners:

“This is the 23rd year that PennDOT’s Engineering District 9 has conducted outreach meetings for legislators, municipal officials, planning and economic development agencies, and community leaders in each of our six counties,” District 9 Executive Thomas Prestash said. “This year we will see over $100 million worth of new construction projects on area roadways.”

Notable ongoing projects that will continue this year include:

Notable projects that are expected to begin this year include:

As construction projects are underway in the region, the traveling public can anticipate seeing many work zones and are urged to keep in mind their safety and the safety of highway workers. When encountering a work zone, please drive the posted speed limit, turn on your headlights, pay close attention to signs and flaggers and avoid all distractions. In high traffic locations, motorists are encouraged to use both lanes of travel to the merge point and are to take turns merging into the open lane.

Information about infrastructure in District 9, including completed work and significant projects, is available at www.penndot.gov/D9Results. Find PennDOT’s planned and active construction project at www.projects.penndot.gov.

511PA is also available through a smartphone application for iPhone and Android devices, by calling 5-1-1, or by following regional Twitter alerts accessible on the 511PA website.

Wed Apr 6 , 2022
The Law Alumni Board presented its annual awards at a banquet ceremony on Thursday, March 10 at the Seawell Ballroom at the Denver Center for the Performing Arts in downtown Denver. The Board recognized Gail H. Klapper ’68 with the William Lee Knous Award, Victoria J. Ortega ’90 with the […] 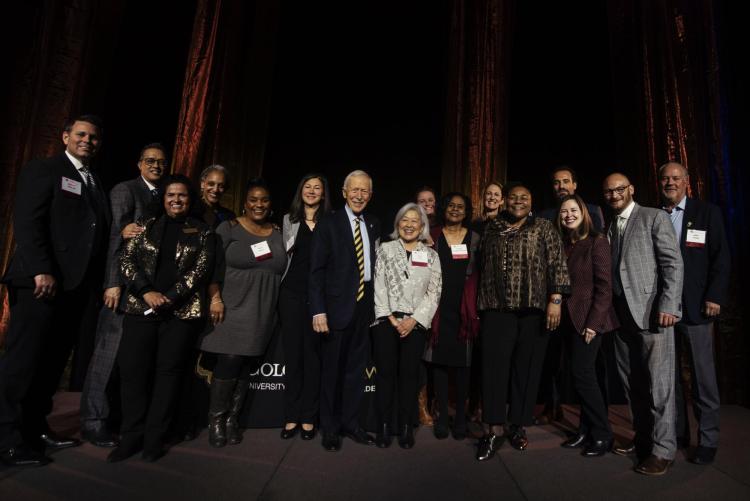 The battlefield is gruesome, global and growing — cyberattacks have become a dangerous threat to governments, people and institutions all over the world. In response, around 80% of the world’s countries have implemented cybercrime legislation, according to the United Nations Conference on Trade and Development. But in some Arab countries, these […]